The Good News is breaking news 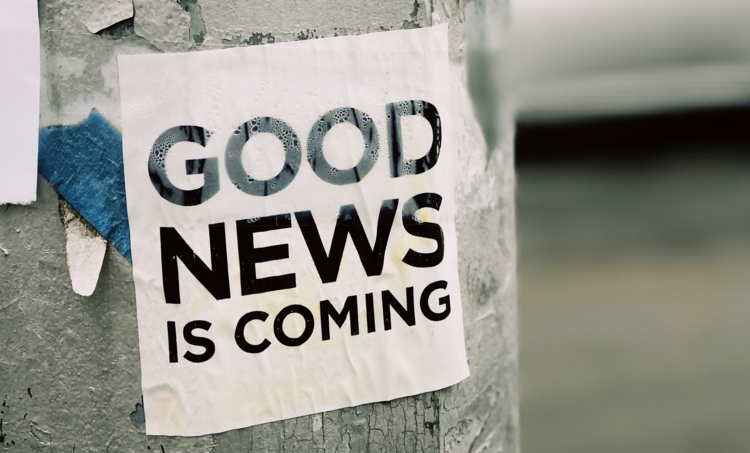 If the old saying is true, that good news doesn’t sell newspapers, then it seems as if newspapers should be flying off the racks on the streets these days. Of course, not many of us buy newspapers anymore, so perhaps the cliché needs updating. But even if “Good news doesn’t get retweeted” doesn’t have the same ring to it, the principle holds true: Most of what circulates widely, either in print or on social media, is bad news.

You could be forgiven, for example, for thinking that the news in the church is all bad. Last summer brought us compounding ecclesiastical scandals, the kinds of stories I had hoped we would never need to report. I am glad we reported them, of course, and I am proud of the fearless and honest way we did it. We will continue to cover the sexual abuse crisis in the church and all of its attending consequences. That’s our promise.

That’s not to discount the good and valuable work that the non-Catholics on our staff do each day, but simply to state our fundamental orientation to events: America is a work of the church, and we labor in, with and for the church. That’s why we exist.

Some of my colleagues in the Catholic media don’t like talking about things that way. They would stress the “journalist” part over the “Catholic” part. I suspect that is because they believe that talking about it the other way around might make Catholic journalists appear less objective than we should be. Fair enough. Being able to step back and look at things objectively is an important part of reporting the news. But it’s also true that there is no such thing as absolute objectivity—every reporter walks into every story with a history, with experiences, insights, perhaps even prejudices that influence how he or she covers it.

No doubt about it: We at America have a personal interest in news about the church. We care deeply about the church; and I can assure you, last summer we were writing through our tears. But more often than not, our faith commitment, rather than being something that gets in the way of being good journalists, actually makes us better journalists. In the last few months, we reported every day on the sexual abuse crisis, offering news and analysis as well as spiritual resources for our readers. This unflinching coverage and pursuit of the truth is driven by our love for the church and the people of God. As people of faith, we know that the truth alone will set us free. We don’t always get the story right (only God is perfect), but we have pursued it to the utmost precisely because we are committed Catholics.

To get the story of the church right, then, we have to cover the good news too—which is, as I say, the bigger part.

By a magnitude of millions more. That’s because most of the news in the church is the Good News of Jesus Christ. That’s something we know as people of faith. But it is also empirically true: Every day, millions, billions of people are served by the church, helped and healed through its sacraments, and accompanied through its social services. Couples marry, children are baptized, young people are confirmed in their faith, sinners are forgiven. This is happening right now, as you read this, in every place the church calls home.

To get the story of the church right, then, we have to cover this part of it too—which is, as I say, the bigger part. Unless we also report the good news, then we will get the story wrong. That should trouble us both as Catholics and as journalists.

So in this issue of America we are launching a new segment in Dispatches, our traditional section for news. It’s called, appropriately enough, GoodNews, and will feature stories that I hope will give you some sense of the almost miraculous things that countless people of faith do every day around the world.

We won’t relegate all the good news to that section. We will also continue to feature stories in the rest of the magazine that inspire and nourish you as much as they inform and challenge. This is a part of the commitment we made in December 2017 in the Catholic Social Media Compact: “We will, as far as possible, identify and celebrate the good, the true and the beautiful as much as we name and challenge what is immoral, unjust or evil.”

Because the Good News is breaking news.