Is the Christmas story too good to be true?

Is the Christmas story too good to be true? 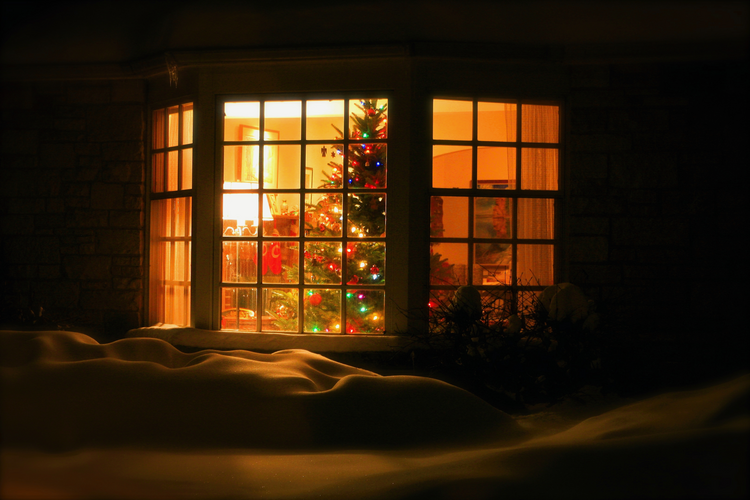 Sometimes the significance of one story becomes clearer when you compare it to another. Though be warned, if you find the Christmas tale too good to be true, you are going to have a problem with Willa Cather’s short story, “The Burglar’s Christmas.”

It is Christmas Eve in Chicago, and a drifter, who calls himself Crawford, has little enough reason to believe in himself. As he tells a fellow bum, after they have both been splashed with muddy slush, he feels pretty shaky. “The wind’s sharp to-night. If I had had anything to eat I mightn’t mind it so much. There is simply no show. I’m sick of the whole business. Looks like there’s nothing for it but the lake.”

They part company, the older fellow hoping that his young companion is not so desperate as to throw himself into Lake Michigan. Crawford doesn’t drown himself. Instead, he demands honesty with himself.

As he stood there in the wet under the street light he drew up his reckoning with the world and decided that it had treated him as well as he deserved. He had overdrawn his account once too often. There had been a day when he thought otherwise; when he had said he was unjustly handled, that his failure was merely the lack of proper adjustment between himself and other men, that some day he would be recognized and it would all come right. But he knew better than that now, and he was still man enough to bear no grudge against any one—man or woman.

Crawford is desperately hungry this night, and, of all nights, it’s his birthday. He is now four and twenty, and he remembers the parties his mother would throw for him. All the food and the hopes for the future. Now, the hopes are long lost and he is hungry.

In all his straits he had never stolen anything, his tastes were above it. But to-night there would be no to-morrow.... Good! he had failed at everything else, now he would see what his chances would be as a common thief.

A young girl, her arms full of packages, tries to navigate through slush as she crosses the street. She doesn’t notice when she drops a package. An older code of conduct still rules the young man’s response. Instead of stealing the package, “he caught it up and overtook her. ‘Excuse me, but I think you dropped something.’”

If you find the Christmas tale too good to be true, you are going to have a problem with Willa Cather’s short story, “The Burglar’s Christmas.”

Even petty theft does not come easily for him, so, when he sees a carriage pull up in front of elegant home and its passengers pass through a brightly lit doorway that remains open, he hardens himself and races through the open doors and up the steps to a deserted second floor.

His instincts have served him well: jewelry, a ladies watch, and “a pair of old-fashioned bracelets; he seemed to dimly remember having seen bracelets like them before, somewhere.”

The door opened, and a woman stood in the doorway facing him. She was a tall woman, with white hair, in evening dress. The light from the hall streamed in upon him, but she was not afraid. She stood looking at him a moment, then she threw out her hand and went quickly toward him.

He struggled to loose her arms from him, to keep her lips from his cheek. “Mother—you must not! You do not understand! O, my God, this is worst of all!” Hunger, weakness, cold, shame, all came back to him, and shook his self-control completely. Physically he was too weak to stand a shock like this. Why could it not have been an ordinary discovery, arrest, the station house and all the rest of it? Anything but this! A hard dry sob broke from him. Again he strove to disengage himself.

“Who is it says I shall not kiss my son? O, my boy, we have waited so long for this! You have been so long in coming, even I almost gave you up.”

You were warned that the story strains credulity. On Christmas Eve, a 24-year-old ne’er-do-well finally turns to crime, only to discover that he is robbing his own family. His father’s job had brought them to Chicago, but, as his mother tells her son: “I was glad when we came. I thought you would drift west. I seemed a good deal nearer to you here.”

In arrogance and pride, we have gone out on our own, determined to show the world what a shining gift it has in us.

In real life, this does not happen. You don’t turn to evil, strike at your own parent, only to have her forgive you and welcome you home. William tells his mother that he is a common thief. She responds:

Hush, my boy, those are ugly words. How could you rob your own house? How could you take what is your own? They are all yours, my son, as wholly yours as my great love—and you can’t doubt that, Will, do you?

Cather’s retelling of the prodigal son is simply the story of Christmas. We are meant to recognize something of ourselves in this Christmas tale. In arrogance and pride, we have gone out on our own, determined to show the world what a shining gift it has in us. We are all prodigals, who would rob our own parent, demanding that if there is a God it should be we and that we should have what we want of the world.

If we simply fall in love, all will be well. That is the message of the manger, the meaning of Christmas.

It is only when we truly know ourselves as prodigals that we can recognize the gift of love given to us at Bethlehem. The Christmas story isn’t about another baby being born into poverty. Sadly, that tale has been told more times than can be numbered. No, the Son of God, God’s love made manifest in the flesh of a babe, has come to dwell with us. We would steal the world for ourselves. The Son of God responds by entering the world as one of our innumerable, humble victims.

Why do the Gospels insist on the virgin birth of Jesus?
Terrance Klein

On Christmas, the line between heaven and earth is blurred
Michael Simone

He has come among us to teach us, to heal us, to suffer and to die for us. He is our redeemer. We can continue to pillage his world and our hearts or we can fall in love with this babe. If we simply fall in love, all will be well. That is the message of the manger, the meaning of Christmas. Yes, it is much too good to be true.

Here is Willa Cather’s closing, in which Christmas reduces evil to nothing more than a bad dream.

He drew a long sigh of rich content. The old life, with all its bitterness and useless antagonism and flimsy sophistries, its brief delights that were always tinged with fear and distrust and unfaith, that whole miserable, futile, swindled world of Bohemia seemed immeasurably distant and far away, like a dream that is over and done. And as the chimes rang joyfully outside and sleep pressed heavily upon his eyelids, he wondered dimly if the Author of this sad little riddle of ours were not able to solve it after all, and if the Potter would not finally mete out his all comprehensive justice, such as none but he could have, to his Things of Clay, which are made in his own patterns, weak or strong, for his own ends; and if some day we will not awaken and find that all evil is a dream, a mental distortion that will pass when the dawn shall break.

If you are searching and find that
how to find wifi password on windows 10 then firstly you have to know about the widows then you can get easily learned that how you can easily get the wifi.