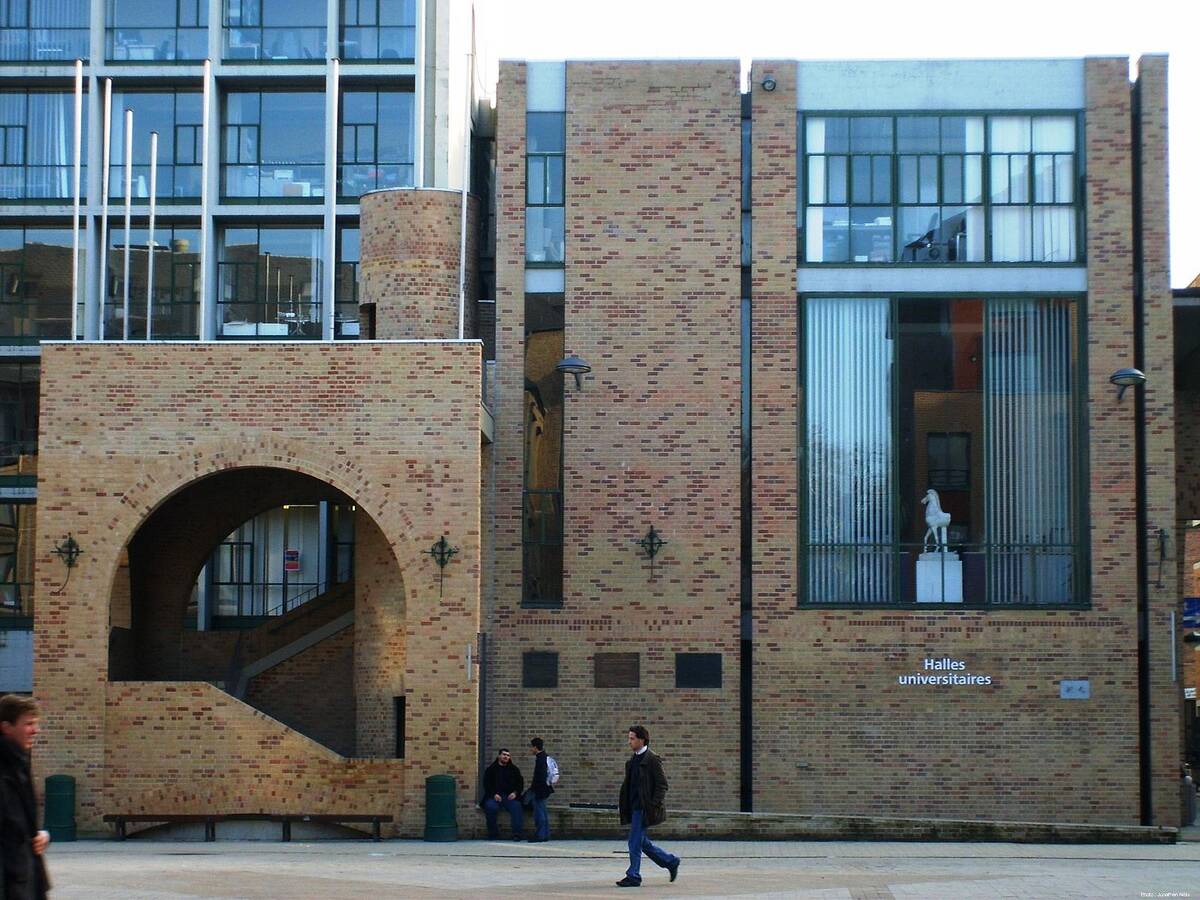 Can a pro-life scholar survive in academia?

Several decades ago I joined the interdisciplinary group University Faculty for Life. One section of the membership form baffled me. It asked the applicant if his or her membership in U.F.L. should be withheld from the organization’s public directory. An officer of the group explained that some members feared professional retaliation if their pro-life affiliations were known in the academy. Personally, I have experienced little such pushback. (Oddly, it was a fellow Jesuit who warned me not to continue work with U.F.L.: “It won’t look good on the CV.”) But over the years, I have heard accounts of appointments and promotions denied because of faculty members’ pro-life positions.

I was not aware, however, of anything approaching the ordeal to which pro-life philosopher Stéphane Mercier was recently subjected by the Université catholique de Louvain in Belgium. (Full disclosure: I received my doctorate in philosophy from Louvain in 1988.) It is a cautionary tale about the ideological anger scholarly opponents of abortion face, even or perhaps especially in universities claiming to be Catholic.

Mr. Mercier was a lecturer in Louvain’s philosophy department. He regularly taught an introductory philosophy course for students in the sciences. The purpose of the course was to show how philosophical reasoning, often dismissed by scientists as abstruse, could be used to analyze contemporary issues. In February 2017, he presented a lecture entitled “Against an Alleged Right to Choose Abortion.”

Why would a Catholic university object to a philosopher defending a key moral principle of the Catholic Church in its lecture halls?

Mr. Mercier’s case against abortion was based on a simple logical argument:

The challenge lay in proving the second premise by showing that the human embryo/fetus is indeed a human being. To do so, Mr. Mercier used the argument from personal identity. It is the same human being who follows a trajectory from conception until natural death. At no point is this unique being pre-human or post-human as he or she moves through successive stages of development. “The capacities of this human being are potential…but his or her unique human identity is present from the beginning. It is precisely this basic identity that supports and directs all the potentialities he or she will develop (or not) in the course of development.” Mr. Mercier buttressed this syllogistic argument with philosophical refutations of common pro-abortion theses.

But if abortion is not a species of homicide, why would anyone oppose it?

The lecture provoked no hostile reaction from the students who heard it. But a media firestorm erupted when an external political group, Synergie Wallonie, denounced the lecture as misogynist, extremist and unpatriotic (since abortion is legal in Belgium). Mr. Mercier’s hope to find defenders in the university and in the Belgian church quickly faded.

An official Louvain university statement denounced Mr. Mercier’s lecture as being “in contradiction with the values supported by the university.” A Louvain spokesperson insisted that the university was “for the right to abortion, and especially for the right of women to choose.” But why would a Catholic university object to a philosopher defending a key moral principle of the Catholic Church in its lecture halls? Most of his colleagues in the philosophy department maintained a glacial silence. The Louvain administration promptly suspended Mr. Mercier from teaching and assured him that he would receive no teaching contract in the future.

The Editors: Bipartisanship is the only way forward for the pro-life movement
The Editors

Mr. Mercier received no support from the Belgian bishops. The archbishop of Malines-Brussels is the Grand Chancellor of Louvain: He and the residential bishops of Wallonia (Francophone Belgium) comprise the Board of Governors. In their communiqué the bishops declared that they would not intervene in the case. They opined that dealing with such controversial topics is difficult in a pluralistic society and requires nuance. An official spokesman for the bishops argued that it was the inflammatory rhetoric rather than the content of the lecture that was problematic. He especially criticized the use of the word le meurtre (“murder”) to describe abortion. But if abortion is not a species of homicide, why would anyone oppose it?

Like many adjunct professors, Mr. Mercier taught at several schools to maintain his livelihood. In addition to Louvain, he offered philosophy courses at the Université des aînés (Senior Citizens University) and at the Jesuit-sponsored Institut d’Études Théologiques in Brussels. After his suspension from Louvain, the Université des aînés informed him that he would not be offered a teaching contract for the next academic year.

Once upon a time, academic freedom was a sacred professional privilege. It protected the right of university professors to discuss controversial matters within their field of expertise in the classroom and in print without fear of retribution.

No longer, especially if you are a scholar unmasking the culture of death.

The hireling bishops of Belgium should resign en masse. Mr. Mercier is doing their job of instructing and shepherding the faithful while they cower and flee from their duty in the face of the wolves.

Well, "murder" was much too strong a conclusion of the philosophical argument. However, use of the word "murder" is not sufficient ground for disciplining the professor (and it is the only ground stated by university officials that is tenable).
By the way, the argument seems unsound; its major premise is very dubious.

I was flattered that America Magazine published my squib when they asked readers "What would you wish for newly elected President Obama" to which I responded "A textbook in molecular biology so that the next time he's asked the question of when life begins he wouldn't have to answer that "it's above my pay grade." "

Molecular biology is pretty close to definitive. The fetus is distinctively separate from the mother.

time for people to read Heather MacDonald's new book "The Diversity Delusion" to get a good idea of the spread of GroupTHink on campuses--now apparently worldwide. Conduct of Belgian Bishops reported here is shameful.

The betrayal by the bishops is the worst of it. Spineless cowards who have no trouble with people living in public adultery receiving communion but think a professor presenting a logical argument against abortion is not worth defending...

Once again, Father Conley shows why he is the best contributor to America. Interestingly, he could address the same questions concerning lapsed teaching on abortion to many Jesuit institutions, eg Georgetown.

John J Conley, you have conveyed news to us and it is not good.

In my view, the shortcomings of his endeavour are there for all to see, friend or foe.

Sin understood as evil doing, missing the mark, acting disobediently and other forms of words is individual, personal and specific to a human actor and each conspirator. Sin is rooted in the human heart, each human heart and resistant to law and logic. No sense in us arguing here if it is right or wrong.

Your topic is academia in the West and the difficulty of being unmolested while pronouncing on matters of morality, legality, knowledge and belief - when has it ever been other than now?
Come on now, do not succumb to the poor victim rhetoric for academics - we must expect them to be forthright and courageous, to speak the truth with love simply and boldly and face the wrath of the enemy and his minions.
Do not foster the safe-spaces, freedom of speech, rights of academics under the law nonsense.
Jesus prepared us for such things as in John 15:20
"Remember my word that I said to you: 'The servant is not greater than his master. If they have persecuted me, they will also persecute you: if they have kept my word, they will keep yours also'."

As a woman I believe that cooperating in making a child is a free choice as God allows us freedom to choose. Life is a gift. A gift from God and a gift from a Mother who for 9 months gives her body over to creating that beautiful being. Not all pregnancies are the same as insest, rape produce pregnancies of violence. Other pregnancies require great maternal sacrifice.
I find it unfortunate that some want to punish women who are unable or unwilling to give that ultimate gift of life.

“It is not possible to have Sacramental Communion without Ecclesial Communion”, due to The Unity Of The Holy Ghost. (Filioque)
Thus we can know through both Faith and reason, that this statement “T]he Catholic university must have a true autonomy and academic freedom in the face of authority of whatever kind, lay or clerical, external to the academic community itself” (§ 1)”, is erroneous due to a denial of The Unity of The Holy Ghost.
“It Is Through, With, and In Christ, In The Unity Of The Holy Ghost, that Holy Mother Church exists.
God, The Most holy And Undivided Blessed Trinity, Through The Unity Of The Holy Ghost, Is The Author Of Love, of Life, and of Marriage. The only way that a pto-life scholar would not be permitted to survive in Catholic Academia, would be if that particular Catholic Institution, was no longer in Communion with Christ and His One, Holy, Catholic, and Apostolic Church.
“675 Before Christ's second coming the Church must pass through a final trial that will shake the faith of many believers. The persecution that accompanies her pilgrimage on earth will unveil the "mystery of iniquity" in the form of a religious deception offering men an apparent solution to their problems at the price of apostasy from the truth. The supreme religious deception is that of the Antichrist, a pseudo-messianism by which man glorifies himself in place of God and of his Messiah come in the flesh”, due to a denial of The Unity of The Holy Ghost, which affirms the fact that there can only be One Spirit Of Perfct Complementary Love Between The Father And The Son, Who Proceeds From Both The Father And The Son, In The Ordered Communion Of Perfect Complementary Love, The Most Holy And Undivided Blessd Trinity.