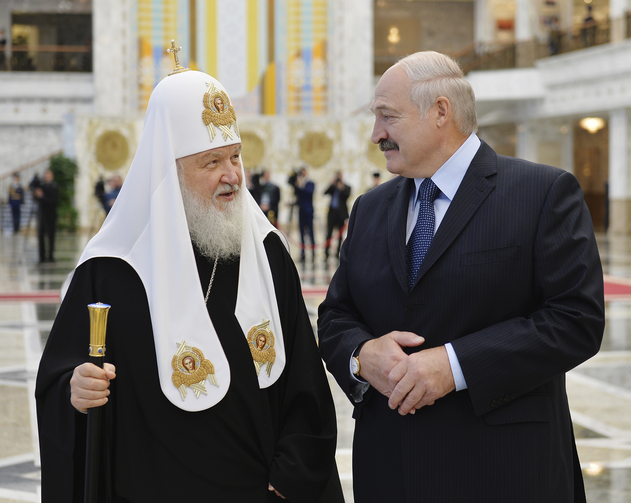 MOSCOW (AP) — The Russian Orthodox Church decided Monday to sever ties with the leader of the worldwide Orthodox community after his decision to grant Ukrainian clerics independence from the Moscow Patriarchate.

Under the leadership of Ecumenical Patriarch Bartholomew I, the patriarchate last week removed its condemnation of leaders of schismatic Orthodox churches in Ukraine. The decision marked a step toward establishing an ecclesiastically independent — or autocephalous — church in Ukraine.

The Orthodox Church in Ukraine has been under the jurisdiction of the Russian Orthodox Church since the late 1600s. Calls for the Ukrainian church's independence have increased since Moscow's 2014 annexation of the Crimean Peninsula and its support of separatist rebels fighting in eastern Ukraine.

Metropolitan Hilarion, who heads the Russian Orthodox Church's foreign relations department, said after the Holy Synod's meeting in Minsk, Belarus on Monday that rupturing ties with the Ecumenical Patriarchate was a response to its "lawless and canonically void moves."

"The Russian Orthodox Church doesn't recognize those decisions and won't fulfill them," he said. "The church that acknowledged the schismatics has excluded itself from the canonical field of the Orthodoxy."

Ukrainian President Petro Poroshenko, who is running for re-election in a March vote, has pushed Bartholomew to grant independence to the Ukrainian church.

The Russian church voiced concern that the Istanbul-based patriarchate's action would deepen the religious rift in Ukraine and could spur the schismatic branches to try to take over church buildings.

The Russian Orthodox Church expects Poroshenko to make good on his pledge that the Ukrainian government would ensure respect for the choices of those who want to retain unity with the Russian church.

With the Russians gone, watch for much closer ties between the eastern and western churches.

The Russians have already sold their souls to Putin

This was to be expected ... I like the Russian language and I follow the events taking place in Russia and Ukraine a little. Guys let's be friends!