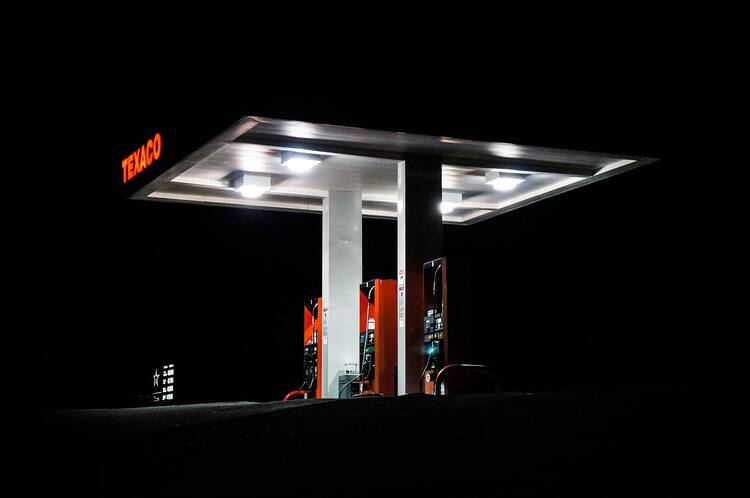 WASHINGTON (CNS) -- The Irish Catholic Bishops' Conference and Caritas India are among 19 Catholic institutions that have decided to divest from the fossil fuel industry.

The Global Catholic Climate Movement joined other organizations in announcing the latest group of dozens of institutions to divest Sept. 10, ahead of the Global Climate Action Summit Sept. 12-14 in San Francisco.

He cited the recent unprecedented floods in Kerala state in southwest India as a result of a warming planet and pointed to Caritas India's decision to fully divest as "powerful testimony" to the pressing issues posed by climate change.

In total, 122 Catholic entities have divested since the GCCM campaign began in 2016.

In total, 122 Catholic entities have divested since the GCCM campaign began in 2016.

Bishop Lumen Monteiro of Argatala, India, chairman of Caritas India, said in a statement released by GCCM that climate change has negatively impacted the livelihood throughout India, especially in poor and marginalized communities.

"The frequency of extreme climate events has increased in the last decade, and the latest one in Kerala has taken the lives of more than 400 people and displaced more than 1 million people. It will take them a long time to overcome this tragedy," he said.

"At Caritas India, our mission is to bring the Gospel's love and compassion to people who need it, and to do that we must step away from fossil fuels that cause so much suffering," the bishop added.

The Irish bishops decided to divest during their recent general meeting and it involves divestment from the top 200 oil and gas companies as measured by reserves within five years, GCCM said.

The bishops' action came as Pope Francis prepared to attend the World Meeting of Families in Ireland Aug. 25-26. The announcement came from Bishop William Crean of Cloyne, Ireland, and chairman of Trocaire, the Irish church's overseas development and relief agency.

"Avoiding further climate change and protecting our common home requires a major change in direction, as Pope Francis outlines in Laudato Si'. In particular, it requires a major shift in our energy and investment policies away from highly polluting fossil fuels toward cleaner renewable energy," he said.

Pope Francis has supported ethical investment, most recently in June when he addressed the heads of fossil fuel companies and financial firms at the Vatican. He called on the executives to embrace a new kind of leadership that believes in building the whole human family while protecting the environment and to use fossil fuel alternatives to mitigate the effects of global warming.

Insua said the pope's stance has helped institutional leaders move forward with plans to pull funds from petroleum and natural gas interests in favor of investing in the growing renewable and alternative energy firms.

"How the pope is talking about the negative role that fossil fuel is playing has given us more of an argument for fossil fuel divestment," Insua said.

Among other institutions divesting are Franciscan Friars TOR Society in Bangladesh; Africa Europe Faith and Justice Network, the Sisters of Clarissen of Ostend and the Sister of Charity of Jesus and Mary in Belgium; Our Lady of Good Counsel Institute in Montreal; Archdiocese of Suva, Fiji; Indian Catholic Matters, an online news source; Mercy International Association in Ireland; the archdioceses of Palermo and Vercelli in Italy; Jesuit Conference of Africa, Justice and Ecology Office in Kenya; World Apostolate of Fatima in Pakistan, Sisters of Charity of the Blessed Virgin Mary in the United States; and Catholic banks in Austria and Germany.