John LaFarge on the March on Washington 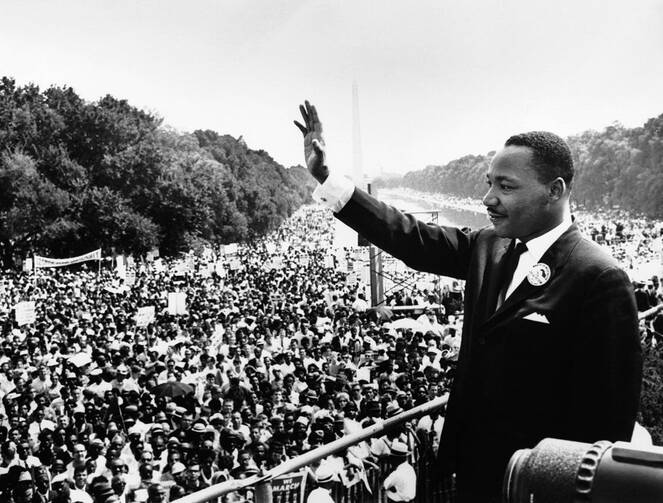 Fr. John LaFarge, S.J., a longtime associate editor of America (and a former editor in chief), was present for the March on Washington on Aug. 28, 1963. The following are his reflections, published in the Sept. 14, 1963 issue of America.

Archbishop O’Boyle, of Washington, refused to deliver the invocation for the March on Washington program unless a few spite-marked passages were expunged from the addresses of several of the speakers. His stand won the complete approval of the March’s chief organizers, including the sharp-spoken Walter Reuther. In the view of its leading spirit, the veteran and deeply religious A. Philip Randolph, the nationwide March for Jobs and Freedom was no place for any note of violence and hate.

And neither was in evidence during the entire program. It was as tranquil and inevitable as God’s providence itself, with the majesty and power of an apocalyptic vision. This was the only expression that occurred to my mind, as I gazed over the immense throng stretching all the way from the Lincoln Memorial to the distant Washington Monument—a humbly yet proudly rejoicing multitude of Negroes and whites, responding magically to speakers and singers alike.

John LaFarge: "The hour is bound to come—and the less delay the better—when North and South alike will set a final seal upon its simple goal of jobs and freedom for all citizens—yes for all."

Sustaining this immense outpouring was a twofold certainty: that the demonstration’s aims were completely reasonable, in line with the nation’s oldest and best traditions; and that these aims were certain of fulfillment. The certainty was born of American pride in our country and its heritage. And the marchers were claiming their heritage. As in ancient Israel, their hope was in the God of justice and love. Henceforth nothing could stop their progress until the “dream” so eloquently hailed by the final speaker, Dr. Martin Luther King, should finally be realized.

The Aug. 28 March was but a beginning, a summons to unceasing effort. The hour is bound to come—and the less delay the better—when North and South alike will set a final seal upon its simple goal of jobs and freedom for all citizens—yes for all. 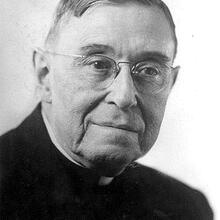 John LaFarge, S.J. was a longtime editor at America (and editor in chief from 1944 to 1948) known for his civil rights activism and his many writings against racism and anti-Semitism.