Buffalo bishop will not resign over handling of sex abuse 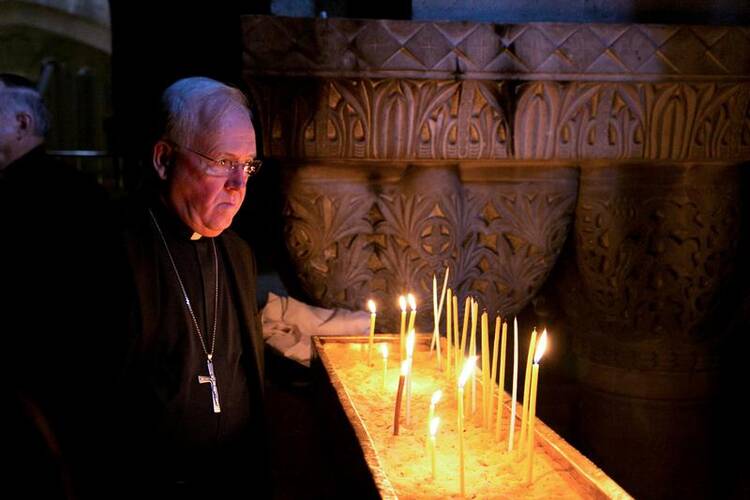 BUFFALO, N.Y. (AP) — The Roman Catholic bishop of Buffalo, New York, on Sunday rejected calls to resign over his handling of sexual abuse allegations against priests, saying: the "shepherd does not desert the flock" in difficult times.

Bishop Richard Malone said he is appointing a task force of clergy, lay people and "an elected official or two" to review how sexual abuse claims from adults are handled.

The diocese released a list in March of 42 priests facing sex abuse allegations. A Buffalo television station reported last week that Malone allowed one accused priest to remain in his parish and gave multiple chances to another who'd been suspended by the previous bishop.

A Buffalo television station reported last week that Bishop Richard Malone allowed one accused priest to remain in his parish and gave multiple chances to another who'd been suspended by the previous bishop.

"I'm profoundly sorry for the pain this has caused you," Malone said at a Sunday news conference. "While nothing I can say to you can heal the hurt of this tragic breach of trust, as bishop I must extend my heartfelt apologies."

Malone said the diocese also would create a new office of professional responsibility and cooperate with the state attorney general's office and local prosecutors in any potential investigation.

U.S. Rep. Brian Higgins on Friday called for Malone's resignation and asked for such a probe. The Democrat said there's "overwhelming evidence" Malone "exhibited poor leadership and knew about children and others put in harm's way."

A local lawmaker and a business leader who serves as a church deacon also called on Malone to resign in recent days.

WKBW-TV reported that Malone and church leaders let the Rev. Robert Yetter remain as the pastor of St. Mary's Catholic Church in Swormville after three young men accused him of inappropriate touching.

The station reported that the diocese, under Malone, tried to hide information about Yetter and the other accused priest, the Rev. Art Smith , including removing their names from a publicly-released list of credibly accused clergy.

The principal of the school, St. Mary of the Lake, wrote to the diocese that Smith was "a predator and a groomer" of young children. Students referred to him as "The Creeper."