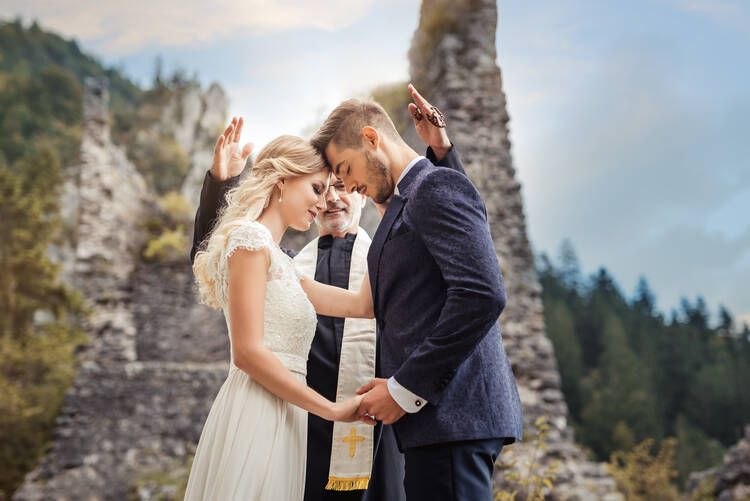 Fifty years after the publication of “Humanae Vitae,” the use of artificial contraception has become broadly accepted even among Catholics.

A 2014 Univision poll found that large majorities of self-identified Catholics support the use of contraceptives, including: 94 percent in France, 93 percent in Brazil, 91 percent in Argentina and Colombia, 90 percent in Spain, 88 percent in Mexico, 84 percent in Italy, 75 percent in Poland, 68 percent in the Philippines and 79 percent in the United States (but only 44 percent each in the African nations of the Democratic Republic of Congo and Uganda).

But efforts to provide a reliable, natural alternative to artificial contraception have continued. The United States Conference of Catholic Bishops founded its ministry for Natural Family Planning through its Secretariat of Laity, Marriage, Family Life and Youth in 1981. According to America Media’s 2017 national survey of Catholic women, 22 percent report having ever used Natural Family Planning as a method of postponing pregnancy without the use of artificial contraception, including: 33 percent of women who attend Mass weekly, 36 percent of the pre-Vatican II generation, 26 percent of the millennial generation, and 18 percent of “Vatican II Catholics” (those born between 1943 and 1960).

“The whole goal from 1981 until now [has been] to make N.F.P. ministry an integral part of marriage and family ministry in the diocese,” said Theresa Notare, assistant director of the U.S.C.C.B.’s Natural Family Planning Program.

“Nearly 40 years later, we have mostly achieved that,” Ms. Notare said. “People are more open-minded...today’s bishops are knowledgeable, supportive and educated about the science and methodology of N.F.P. They see the responsibility to facilitate a Catholic couple’s access to these methods.”

Ms. Notare says that more than half of the nation’s 197 dioceses have very strong N.F.P. ministries that are part of diocesan marriage preparation programs. And, she says, contemporary couples are more receptive to information about natural family planning and fertility methods because they are more sensitive to living a natural lifestyle. (For information about N.F.P. ministry programming and specific resources for diocesan N.F.P. coordinators and teachers, see the website of the U.S. Conference of Catholic Bishops.)

“Seeing the consistent inclusion of N.F.P. in marriage prep over the last 20 years is a huge, steady accomplishment and an important advancement for this ministry,” said Ms. Notare. “But there is always more work to be done.”

A 2016 study by the U.S. Catholic bishops found that 53 percent of dioceses spent less than $5,000 per year on N.F.P. programs; 19 percent budgeted more than $30,000 a year for such programs. The study also found that 49 percent of N.F.P. instructors in parish programs were unpaid volunteers.

It's hard to believe the poll which says that 22% of Catholics use NFP. Other data from various sources rates the percentage to be about 2 percent ... https://www.guttmacher.org/religion-and-family-planning-tables.
Given that Humanae Vitae was so contested at V2, contested by bishops' conferences around the world, contested by theologians, and by lay Catholics, it's strange that the church still clings to such a failed doctrine.

I have not seen or studied this survey but I am familiar with the Univision survey and other surveys taken over the decades on the opinions of Catholics on contraception and other sexual ethical teachings of the magisterium. Many of the surveys report findings by age cohort and Mass attendance, among other metrics. The trend over the past decades are not in favor of NFP and this article does not change this trend.

Let's face it, Catholics have made up their mind a long time ago about Humanae Vitae, and according to a 2002 survey of U.S. priests, 40% of younger and older priest do not believe that contraception is a sin.

In the end, any moral teaching, in particular HV, will rise or fall on its moral rationale. With respect to HV, few Catholics believe that NFP is God's Procreative Plan as the magisterium wants us to believe. Make no mistake about what I am saying: there is nothing wrong with practicing NFP. If anyone wants to choose it as a birth control method, go for it. However, to claim that NFP is a birth control method that is "open to procreation" while taking the pill is not, is a ridiculous and unsubstantiated argument. Pope Pius XII said that for good reasons a couple could practice NFP for a long time or a lifetime. How is this being open to procreation?

I have written a essay, published in a prestigious Catholic Journal of Theology, called 'The Origin of Humanae Vitae and the Impasse in Fundamental Theological Ethics'. Without repeating why HV should be responsibly changed, this article is at best wishful thinking if the author thinks that the so-called tide is changing.

It's not always simple to compose an academic article, a research paper, a thesis, or any additional kind papers immediately.
However quick you compose, you'll find only 24 hours in a day, and there's no way to make days longer so that you can end your
essays and other duties punctually and have a social living span. Is it even possible to deal with it all? You write quick enough,
but you also can't get it more quickly without major harm into standard. Certainly, you have to devote enough time editing and
proofreading the urgent essay; those certainly are not things you must dismiss. You'll locate that this information in this
informative article with creating tips. So, exactly what exactly are the most useful methods for coping with your written
missions?
Source: https://grademiners.com/

The statistics reported in this infographic are mysterious at best but really just plain nonsensical. For example, the box entitled The Church and Natural Family Planning includes 4 categories in its overall category stating that 22% of women overall report using natural family planning. The verb "using" is written in the present tense, yet the categories include women aged 58 to 75. I think biology has replaced natural family planning as protection from reproducing in that category - and who determined those years as apt for Vatican II Catholics? That would imply that the pre-Vatican II generation are 70
and older! In addition, there is no age associated with the 33% of women who attend mass weekly - so that metric really should not be included in this calculation.

Finally, does the 26% of the millennial generation represent 26% of the 22% of women overall or is it 26% of all millennials?
This graphic completely mystifies me - a pre-vatican II daily mass goer who was married one month after Humanae Vitae was released (August, 1968. I could go on - but in the interest of charity, I won't. - and this comment is written by the wife of William Carrington - in whose name our subscription to America is listed. I am Sue Carrington.

Thank you, Sue Carrington, for pointing out the absurdity of including women past reproductive age in statistics about using NFP.

Thank you Lisa Weber - for noticing - and you are welcome. There is so much more that needs saying - but that is too much for a "comment".

Ok - My problem is with this from the start is that America's 2017 poll was highly flawed and many people pointed that fact out back in 2017 so that cast doubt on all the rest of the survey info. above.

I find it actually funny that women say that a form of birth control that only allows them to have sex when they want it least is great for their sex life. hmm - sounds like you have women who have already signed up for the program and feeling like a super Catholic is more important than a good sex life. Sadly, I know there are women out there who are this way.

Simply getting Catholic Women to talk honestly about what they want in their sex lives with their husbands is extremely difficult and I have tried often. We have very damaged women in our church. Especially, in the areas of women in authority and human sexuality (due to our misogyny based bias with regard to Holy Orders). Our men are no doubt equally damaged for the same reason but it is sad in my opinion that our church is spending any money on pushing NFP instead of working on the issues damaging us like sexism within our church.