Catholic Moms: What is your experience of raising your children in the faith? 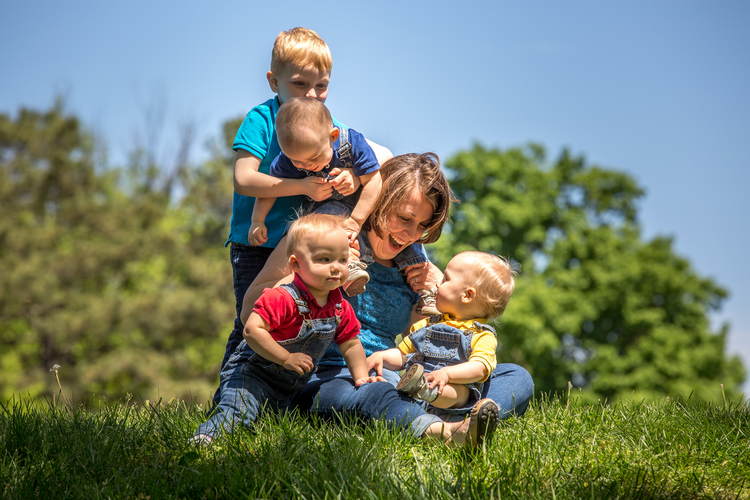 A mother plays with her triplets and other son at a park in St. Louis. (CNS photo/Lisa Johnston, St. Louis Review)

Over 500 respondents took part in our informal survey on Catholic motherhood, conducted via America’s email newsletter and social media platforms.

For Catholic women, the relationship between faith and politics is subtle—and sometimes in conflict
Megan Sweas

The quarter of respondents whose children left the church provided some clear reasons for their departure. The sexual abuse crisis, instances of bullying at Catholic schools, disagreement with church teaching and objections to the treatment of L.G.B.T. people by Catholics were all cited by mothers as factors in their children’s decision to leave.

Many respondents expressed confusion and a sense of powerlessness in response to their children leaving the church and spoke about the pain of not seeing their grandchildren baptized. “I wish I knew why they left the church,” wrote Maria O’Neill of Edgerton, Kan. “But all things changed when they left home, went to college and in some ways the people they married—even though three out of four spouses are Catholic.” Cathy Gwynn of Falmouth, Mass., speculated, “I think they did not find the church relevant.“

Twenty-five percent told us that one or more of their children had left the church.

When asked why they chose to raise their children Catholic, readers described the importance of faith in their own lives. Sophie Byrnes of Streamwood, Ill., wrote: “I was given the gift of Catholic faith, all its traditions and prayers, from my mom, Josephine. At a young age, I understood the beauty of believing in the Lord and asking the saints for intercession in prayers. I wanted to bless my children’s lives with faith.”

Tina O’Brien from Seattle, explained her reasons for passing on the faith. “We want our children to see the beauty of the Catholic Church—in particular, her social service outreach—and know that they are unconditionally loved.” 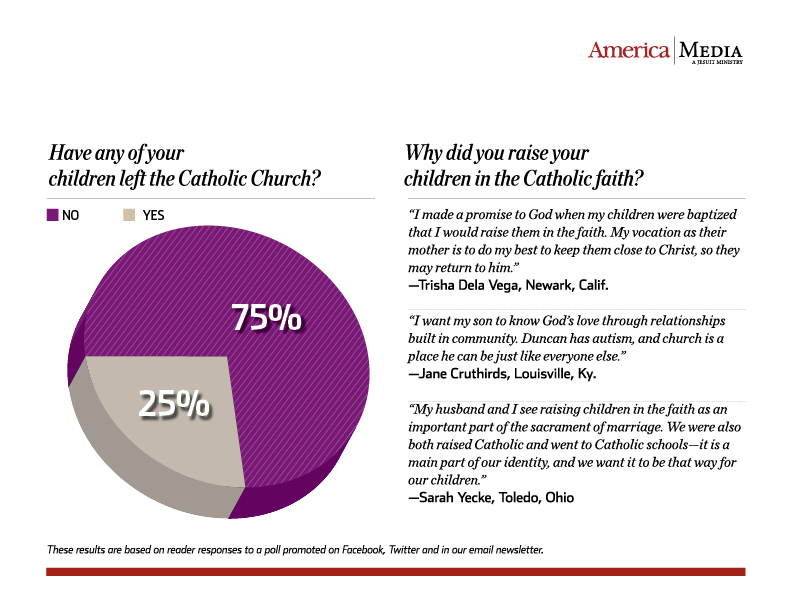