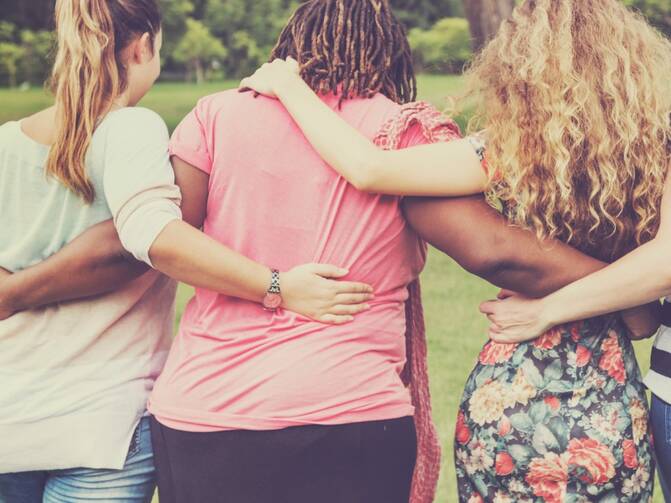 The funeral was over, and we were sitting in the basement of St. Cecilia’s Catholic Church waiting for the family to return after going to the cemetery. This was over 20 years ago, and St. Cecilia’s has since been closed. But at the time the parish was in Cleveland’s inner city, and through its convoluted history it had accumulated a diverse congregation—mixed both economically and racially.

Ten or so women, white and black, were passing the time talking. One woman mentioned that the police stopped her son driving through a Cleveland suburb so many times that he had begun driving around it. Another woman chimed in, then another, talking about how often their sons were stopped by police. They spoke about the fear they felt whenever their sons left their houses. This was long before Black Lives Matter began and Colin Kaepernick ever took a knee. Black mothers have been having these conversations forever.

We white women in the group sat quietly listening. I remember feeling honored that they were speaking so honestly. It was a serendipitous, grace-filled moment, and I kept quiet, not wanting to interrupt. Then one of the black women, Roni, said, “We don’t often talk like this, about things like this, in a mixed group.” She looked around the table. “We should do this more often.”

That was the beginning. Right away, we decided to invite the congregation to meet once a month after Mass in the rectory to discuss a race-related issue of the day. We planned to call it Conversations in Black and White, until Roni expressed impatience with that simplistic formulation. Her alternative, Conversations in Technicolor, stuck.

We set a few ground rules to start. No one would be criticized for an honestly expressed feeling. One person would speak at a time, which we enforced by tossing a bean bag around from speaker to speaker. Our first meeting explored the racial issues raised by the celebrity of Tiger Woods. He had recently raised hackles by explaining that he did not identify solely as black because his mother was Asian. Our participants responded in a variety of ways. Some white congregants thought Tiger should celebrate his blackness, and some black congregants applauded his loyalty to his mother.

At a subsequent meeting, we talked about the differences between the tactics of the Rev. Martin Luther King Jr. and Malcolm X and the push and pull all of us older participants had felt between them, between nonviolence and more explicit defiance. In the meetings that followed we covered a range of topics: We debated the meaning of “ghetto” as a slang term our kids used to describe fashions and neighborhoods. We talked about the clueless and cruel things well-meaning white people sometimes say. We talked about the inability of white people to ever truly understand what it was to be black in America.

We talked about the inability of white people to ever truly understand what it was to be black in America.

I remember one white teenager’s shock when an elder of our church quietly explained that race entered into almost every decision of his life: where to work, where to live and where to vacation. He explained how traveling could be a fraught decision. He had to consider the risks, sometimes of violence, more often of rudeness, of going into certain places. The girl knew this man to be wise, kind and gentle and was surprised to learn that others did not automatically assume the same of him. In our country, she realized, even a nice man like Walter had to worry about how others reacted to his race.

Perhaps my strongest impression of the whole experience is the care our black members took in navigating these conversations. They were forthright and at the same time loving and conciliatory. Of course, we occasionally stumbled into awkward moments. I remember returning to the rectory living room one Sunday after the group had broken up and hearing a woman who later became my good friend saying to other black women: “I don’t hate white people! I just feel sorry for them!” The others shushed her, and I pretended not to have heard.

I had attended many interracial discussions before this time. I live in an integrated suburb that periodically realizes the need to bring diverse people together. The difference at St. Cecilia’s was that our conversations were not limited to our meetings. Every Sunday we would encounter each other, serve food and wash dishes “hip to hip,” as one of us said, and exchange the sign of peace. We worked together on the parish council and social committees. We prayed together and decorated the church together and taught each other’s children. Conversations in Technicolor allowed us to know one another on a deeper, intimate level. We had to hash out knotty problems and forgive each other for insensitive remarks. We learned each other’s family histories, and we white people were left with a new appreciation for what our black counterparts and their forebears had endured.

Even years later, I find that the lessons from my experience with Conversations in Technicolor stick with me. I’m reminded of one of our first conversations, which had to do with whether and how well life had improved for people of color in the United States. I chirpily responded that things were much better. I reasoned that there were more African-Americans on television and in movies, more chances for advancement, better opportunities all around. But black participants resisted my optimism. What about poverty, gangs, white supremacy and those police stops in the suburbs? It was not the last time, unfortunately, that I tried to push my own ideas, without truly hearing others’, and then felt abashed at the resistance I encountered.

Now, 20 years later, I finally get it. I have seen my own behavior mirrored in the responses of some men to the recent conversations around sexual harassment. I have heard some men create trouble for themselves by weighing in with remarks they probably regard as unassailable. Comments by the actor Matt Damon come to mind: He slices and dices women’s experiences, differentiating between the horrors of rape and the relative innocuousness of a pat on the behind. I wonder if he is nonplussed when some women react with rage.

The actor seems to suffer from the sort of blindness I also had during some of our Conversations in Technicolor. Although parts of his argument are certainly valid, it is not up to him to differentiate the degrees of humiliation and suffering in harassment and abuse. We women can do that very well ourselves, and our voices deserve to be heard.

Our voices deserve to be heard.

Similarly, it was not my role to tell a group of my African-American friends—parents who still worried every day when their kids left the house, shoppers who had recently been followed around by store clerks, diners who had been insulted at majority-white restaurants—how much better their lives were than in years past. A prime purpose of that conversation, like the one about sexual harassment now, was to provide a comfortable place for people to air their grievances and communicate their very real pain. It was not my job to short circuit the necessary airing with unearned positivity. The lesson I took away was that, more often than not, I needed to quit talking and truly listen. In the #MeToo conversations we are having today, I hope that men can learn from my mistakes. Stop talking, objecting, rationalizing. For a while, just listen.

And, no matter how difficult the conversation, maybe there is hope for all of us, if we each maintain the sort of open-hearted patience with each other that the African-American members of St. Cecilia’s did for me. But for those conversations to take place, we must make an effort to truly encounter one another by reaching out to our neighbors, sitting beside someone new at church or, if you are truly lucky, washing dishes—hip to hip. 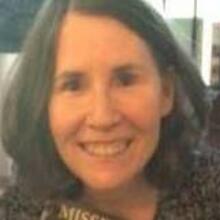 Kathy Ewing is a writer, educator, wife and mother in Northeast Ohio. She is the author of Missing: Coming to Terms With a Borderline Mother (Red Giant Books).

There will never be a solution till people speak the truth about these issues.

The difficult conversation is one that discusses the truth. You won't find it on this site.

Black boys raised in America, even in the wealthiest families and living in some of the most well-to-do neighborhoods, still earn less in adulthood than white boys with similar backgrounds, according to a sweeping new study that traced the lives of millions of children.

So how come black women slightly outperform white women? And then

A conclusion from an article discussing this study is

This turns it all on its head and completely undermines the idea of the “punishing reach of racism.” Is the more likely possibility that young black men are making different choices than young white men, young white women and young black women. If so, it would suggest a cultural deficiency. And in the age of punishing political correctness, such honest questions cannot be asked.

Cherry picking is almost as bad as prooftexting. You're outing yourself as a Protestant.

"The authors, including the Stanford economist Raj Chetty and two census researchers, Maggie R. Jones and Sonya R. Porter, tried to identify neighborhoods where poor black boys do well, and as well as whites.

“The problem,” Mr. Chetty said, “is that there are essentially no such neighborhoods in America.”

The few neighborhoods that met this standard were in areas that showed less discrimination in surveys and tests of racial bias. They mostly had low poverty rates. And, intriguingly, these pockets — including parts of the Maryland suburbs of Washington, and corners of Queens and the Bronx — were the places where many lower-income black children had fathers at home. Poor black boys did well in such places, whether their own fathers were present or not."

Thank you for agreeing with me. Your comments have nothing to do with what I said and you also resort to derogatory comments both of which support the points I was making.

Yep. These men should have been hanging out at Ballston, soliciting 14 year old students for dates. They didn't, so they are obviously not TRUE patriots as said John Markson, casestudywriter. Maybe they'll figure it out when they're in their 30s.

The author writes: "The lesson I took away was that, more often than not, I needed to quit talking and truly listen. In the #MeToo conversations we are having today, I hope that men can learn from my mistakes." Did some of those writing comments here miss that point? Listen to them!