Pope Francis turns the corner on the abuse scandal

Pope Francis turns the corner on the abuse scandal 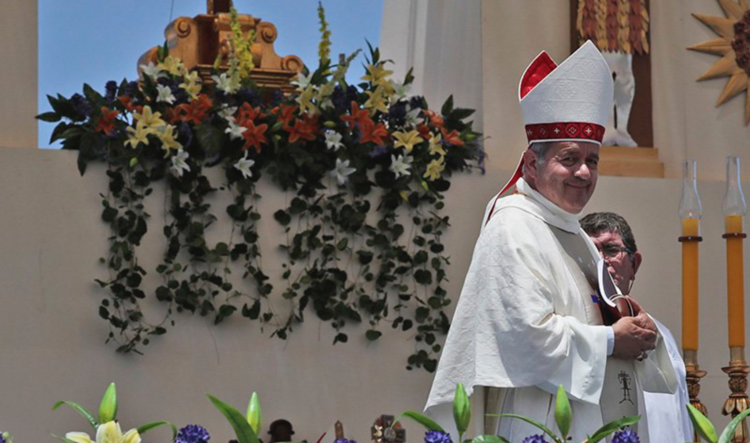 Osorno Bishop Juan Barros smiles as he leaves the altar after Mass was celebrated by Pope Francis on Lobito Beach in Iquique, Chile, Thursday, Jan. 18, 2018. The Vatican said Tuesday, Jan. 30, 2018 that Maltese Bishop Charles Scicluna, the Vatican's most respected sex crimes expert, would travel to Chile "to listen to those who have expressed the desire to provide elements" about the case of Bishop Juan Barros, accused by abuse victims of covering up for the country's most notorious pedophile priest. (AP Photo/Alessandra Tarantino)

On Wednesday, Pope Francis issued a letter of apology to the bishops of Chile for his handling of the their country’s sex abuse crisis. It is an extraordinary document whose significance can hardly be exaggerated.

When Francis visited Chile in January, he was widely expected to calm the ongoing furor over Juan Barros Madrid. Instead, he intensified it.

Barros was a follower of Francisco Karadima, a charismatic priest whom the Vatican defrocked in 2011 for abusing teenagers during the 1980s and 1990s. Despite accusations by several of Karadima’s victims that Barros had been present for some of the abuse and failed to report it—and over the objections of Chile’s bishops—Francis went ahead and appointed him bishop of the southern Chilean city of Osorno in 2015. As the case festered, Barros twice offered, and Francis twice refused to accept, his resignation.

In January, he rubbed salt into the wound by celebrating Mass with Barros and calling the charges against him “calumny.” Although he retracted the comment after it provoked outrage, he insisted that he believed in Barros’ innocence. His apparent dismissal of credible evidence stunned even his staunchest supporters.

Fortunately, Francis was sufficiently concerned about the situation that he appointed Malta Archbishop Charles Scicluna to look into it. Scicluna, whose investigations have brought down sexual predators Cardinal Keith O’Brien of Scotland and Marcial Maciel Degollado of the Legionaries of Christ, has now delivered an apparently devastating report on the Barros affair.

In responding to it, Francis confesses that reading the testimony of the victims “causes me pain and shame.” The letter is by way of an invitation to the bishops of Chile to come to Rome to help him devise measures “to re-establish ecclesial communion in Chile, with the goal of repairing as much as possible the scandal and re-establishing justice.”

“As for my own responsibility,” he writes, I acknowledge, and I want you to faithfully convey it that way, that I have made serious mistakes in the assessment and perception of the situation, especially because of the lack of truthful and balanced information.”

The letter to the Chilean bishops, a public confession of error that so far as I know is without precedent in the entire history of the papacy, indicates that Francis has finally recognized the nature and gravity of abuse crisis, and his personal responsibility for resolving it.

Anyone who has followed the stuttering progress of the Vatican in dealing with the world-wide sex abuse crisis will not doubt the truth of that last phrase. In resigning from the Pontifical Commission for the Protection of Minors a year ago, Marie Collins wrote, “The most significant problem has been reluctance of some members of the Vatican Curia to implement the recommendations of the Commission despite their approval by the pope.”

I would not want to be in the shoes of the curial officials who provided that false and unbalanced information.

Over the years, there have been not a few cases of Catholic prelates disciplined for sexual misbehavior. What makes the Barros case so important is that if, as can be expected, the pope removes him from office for cause, it will be the first time a Catholic prelate has been explicitly cashiered because he covered up abuse by others.

The letter to the Chilean bishops, a public confession of error that so far as I know is without precedent in the entire history of the papacy, indicates that Francis has finally recognized the nature and gravity of abuse crisis, and his personal responsibility for resolving it. Three decades after the crisis began, he is now in a position to bring it to an end.