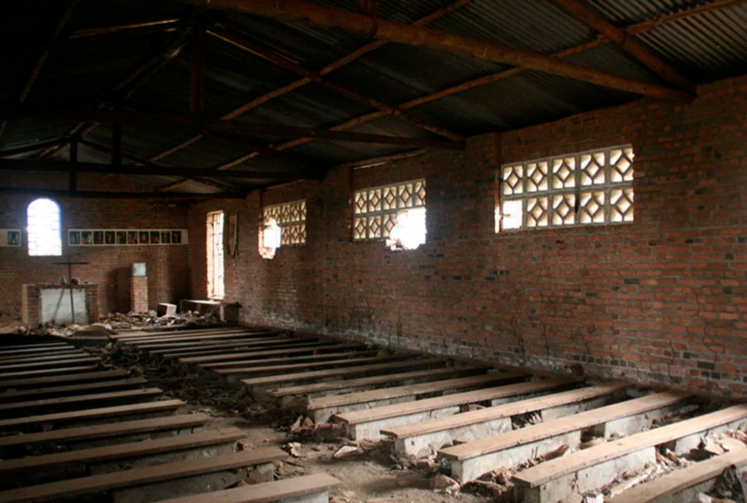 Pews in an empty church near Kigali, Rwanda. (Photo by Scott Chacon/Creative Commons)

NAIROBI, Kenya (RNS) — A move by Rwanda to shut down more than 700 churches in its capital city, allegedly for building safety, hygiene and noise violations, is prompting accusations that the government of President Paul Kagame is trampling on religious freedom.

On Tuesday (March 6), police detained six pastors, accusing them of conspiring to rally other clergy in defiance of the government’s shutdown orders.

Anastase Shyaka, the chief executive of the Rwanda Governance Board, which ordered the closures, said the action was about “honoring God.”

“It means that if we are Christians, where we worship must meet standards showing respect for God,” Shyaka told The New Times, a Rwandan English-language daily.

Most of the 714 shuttered sites were small Pentecostal churches, much like the ones that have multiplied across Africa in recent decades.

Lutheran Bishop Evariste Bugabo said the closure order “does not target any denomination.”

“It is a matter of hygiene and security for the church members,” he said. “While churches have mushroomed too quickly in Rwanda, those that have met the requirements are safe.”

There are more than 1,300 churches in Kigali, Rwanda’s capital, a city of nearly 1.2 million people.

“Are these boreholes that give people water?” Kagame said in a widely quoted criticism about the number of churches in the city.

“I don’t think we have as many boreholes. Do we even have as many factories? This has been a mess,” he added in his remarks at a national leadership retreat last week.

Lutheran Bishop Evariste Bugabo said the closure order “does not target any denomination.”

David Himbara, a Rwandan international development advocate based in Canada, called the government’s justification for the closures bogus and said the “real reason … is fear and paranoia.”

“Kagame tightly controls the media, political parties, and civil society at large,” Himbara wrote on Medium. “The churches constituted the last open space. Kagame knows this. The localized community of churches offered a slight space for daring to imagine and talk about change.”

Himbara argued that hygiene problems are widespread in Kigali, which does not have a sewage system or treatment plant.

The most recent case of a house of worship collapsing in the city occurred a decade ago, when a Catholic church crumbled to the ground while under construction, killing two people and injuring 14.