What you can do to help those who have lost a loved one to suicide. 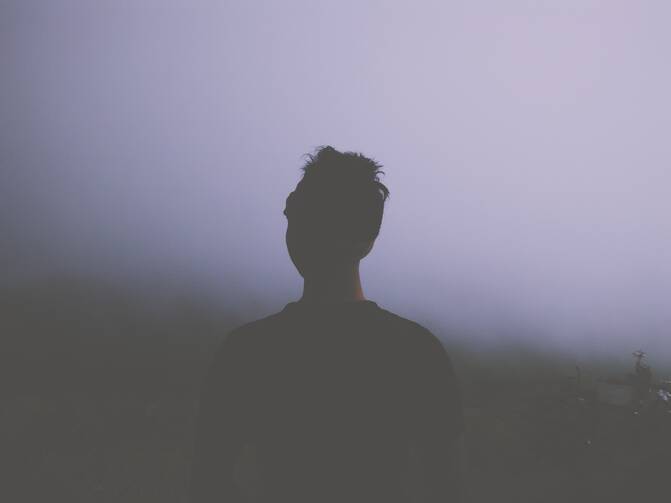 Photo by Harman Abiwardani on Unsplash

On June 13, my son Zach lost his battle with depression, just 11 days shy of his 20th birthday. Since then, I have heard many say, “There but for the grace of God.” And sadly, many others have come forward with their own stories of loss through suicide. I want to share some lessons I have learned in these painful months in the hope that they may speak to others who have lost a loved one to suicide and those who want to support those affected by this indescribable loss.

There cannot be too much community. As the news spread on that day, neighbors instantly appeared at our home to cry with us, hug us, bring us comfort, food, booze, whatever was needed. People close by and across the country found a way to let us know they cared through texts, emails, phone calls, prayers and support in so many ways.

If someone you know loses a loved one to suicide, show up, offer words of condolences and keep doing it, even if only occasionally. Demonstrations of concern become a quiet, soothing, background hymn offering comfort even when we aren’t really listening.

If someone you know loses a loved one to suicide, show up, offer words of condolences and keep doing it.

Mourners need to talk. Don’t be afraid to ask: The loss of a child is not the normal course, not the way things are planned. Mourners need to know that people care long after the crisis has gone from a boil to a simmer. While it may be uncomfortable for you, it is vital to the healing process for everyone involved. It is O.K. to see us cry or stare off into space. We are having a moment and are grateful to have you beside us absorbing some of that pain.

Immediate family members are never the only victims. For suicide, both the sudden loss of kinship and the manner of death knocks people off their feet. Only in sharing our common grief can we arrive at a new and brighter place even as we hobble along life’s uneven road.

It’s best to ask, “How are you doing today?” because some days we are fine, other days we are awful. We will try to be honest about that and will be so grateful that you ask now and then.

Mourners need to know that people care long after the crisis has gone from a boil to a simmer.

The mourning process is uneven and unique. Each of us mourns differently both in intensity and in duration. I do not know what my timetable will be. I suppose when I get through this first year, it will be easier. But for now, the fact that I will never see Zach again in this life is the very first thing I think of when I awaken and my very last thought as I nod off to sleep.

Be patient with mourners. Don’t be surprised if they seem “normal” nor exasperated if they wear their sorrow like a badge. Just know that even a hug or a hand to hold helps as the tears slow and balance is regained.

Don’t be surprised if mourners seem “normal” nor exasperated if they wear their sorrow like a badge.

Faith has been critical. I cannot say that I “get” heaven. With the exception of some well-documented near-death experiences, no one that I know has actually died and come back with a trip report. But I can say that having a faith to lean on has been invaluable. I truly believe Zach is in a better place, and the poems and notes composed for our family by thoughtful, faith-filled friends are fragments that at once trigger fresh rounds of grief but are also lifelines in times of true despair.

The Irish talk of a “thin place,” where heaven and earth meet. Last summer, my wife and I stood on a hilltop watching a sunset and a peculiar looking backlit cloud. As we turned to leave, I said, “Goodnight, Zach,” and at that instant, a lightning bolt raced across the sky. A lucky coincidence or Zach saying, “I’m O.K. and at peace”?

Religion—its rituals, its theological underpinnings and its personalities—can bring meaning and provide a path forward. At the heart of my religion, Christianity, is love. The beautiful, bewildering complexity of that simple word should be enough.

At the heart of my religion is love. The beautiful, bewildering complexity of that simple word should be enough.

I have a new identity. I am now “that poor guy who lost his son to suicide.” I know that family and friends look at me and ask themselves, “I wonder how he is getting along?” The experience has defined me indelibly. The trick now is to figure out how to reach into my core, take out this new thing, examine it and decide how to respond.

There are a few available paths I have decided not to take. I do not drink heavily to keep the pain at bay. I am not angry at God, at Zach’s therapists or at Zach himself for not disclosing sooner how he was feeling and how close he was to the edge of the abyss. Anger seems pretty unproductive and requires so much energy. I do not ignore the pain by diving into work, exercise or other addictive behaviors to avoid mourning his loss, my loss. I have not curled up in a ball and given up on life myself. As a father to two other children, a husband to Susie, an uncle, brother and friend to many, why would I want to add to the pain they already bear?

The best way for me to live out my new identity is to be inspired by and enter deeply into what was and is—the love and beauty Zach left in 20 years—rather than what might have been. If I am honest, I am not there yet.

I have a new identity. I am now “that poor guy who lost his son to suicide.”

Suicide is uniquely cruel and mysterious. A lingering thought: “If Zach was to die, why couldn’t it have been in some other way?” That he took his own life with almost no warning is a blow almost unbearable. Immediately after his death, I wanted answers. I read books about suicide and the experiences of others. But I remained disoriented and confused. There is no control here. No way to fix it. With so little warning and with Zach hiding his depression so well, what could we have done?

The human brain is so very complex, and we have hardly scratched the surface in our efforts to understand not only this organ but the environmental and social factors that contribute to its functioning. Someday we will certainly know more. But as with cancer, we can only continue to support those doing the research to find a cure as we walk alongside those who suffer.

My daughter died by suicide 14 years ago. This is what I’ve learned.
Tom Smith

Dealing with the aftermath of suicide
Richard G. Malloy

A dear friend called me as night fell on June 13. “Dan,” he said, “This was a disease, and it is not your fault.” Through my shock, he made me hear it again. This depression, this loneliness, these voices—whatever was going on with Zach in those final moments—it was a disease that stole his will to live, which I now know is different from a desire to die.

If you want to help lessen the scourge of suicide, become highly attuned to those who seem down, withdrawn or desperate. Ask them how they are doing and listen attentively. Seek help for them. And consider a gift to prevention and research organizations. Do it in memory ofZachary or someone you know. 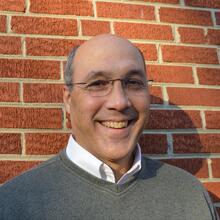 Daniel J. Misleh is the founding executive director of Catholic Climate Covenant, an agency for education and action on Catholic teaching on climate change in the United States.

Dan, I just want to say that this is a profoundly beautiful if still heartbreaking article to read. As a father like you, I can't imagine your pain, but it is inspiring to read of your powerful love for your son and for your family. I am writing to follow your advice, and let you know of my love and support and prayers for you, for Zach, and for your family. As a companion in Christ, I now share your pain in some small measure, and I will keep in my heart what I have learned from you today. God bless and be with you, my brother! -Todd Graff

The first anniversary of losing someone is almost as difficult as the original loss. It gets better after that, though it can take years to get to the point of being more grateful for the years a loved one was present than sad at the loss. May God grant you comfort and peace.

Thank you for sharing, Dan. Over three years ago my son Matt, age 32, died from an overdose of Methadone. Your guiding principles ring true in my experience too. In addition, I have been immensely helped, both in dealing with his death, and also believing in his presence with the Lord, by praying psalm 130, often several times a day.
I list it here for your convenience: "Out of the depths I cry to you O Lord. Lord hear my voice! Let your ears be attentive to my voice in supplication: If you O Lord mark iniquities, Lord who can stand? But with you is forgiveness, that you may be revered. I trust in the Lord; my soul trusts in His word. My soul waits for the Lord more than sentinels wait for the dawn. More than sentinels wait for the dawn, let Israel wait for the Lord, for with the Lord is kindness and with Him plenteous redemption; and He will redeem Israel from all their iniquities.
Shalom.