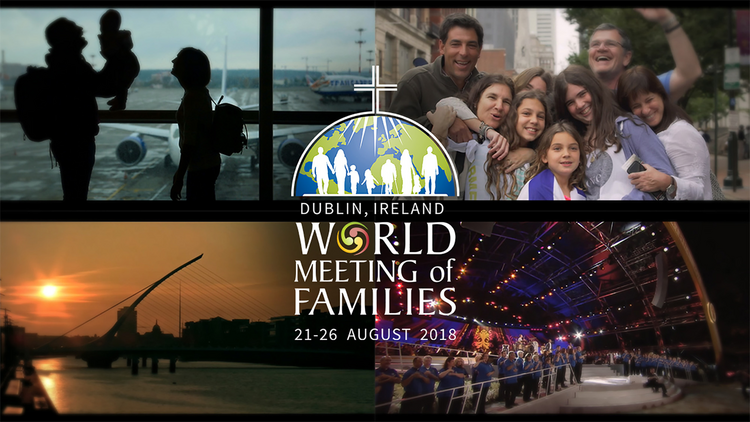 Cardinal Kevin Farrell announced today that Pope Francis plans to attend the ninth World Meeting of Families in Dublin, from Aug. 21 to 26, which will focus and reflect on the pontiff’s groundbreaking post-synodal exhortation, “Amoris Laetitia,” and will include a seminar on child protection.

Cardinal Farrell, the former bishop of Dallas, Tex., who heads the Vatican dicastery for the Laity, Family and Life, emphasized that “at the World Meeting of Families we’re not going to deal with the whole catechism; we’re going to deal with ‘Amoris Laetitia,’ which is about human love, the family and family life.” He made clear that this international gathering will focus “on all the chapters of ‘Amoris Laetitia,’” and not just on Chapter 8, about which “there is not contention among the many, but there is contention among the few.”

Pope Francis plans to attend the ninth World Meeting of Families in Dublin, from Aug. 21 to 26.

Ireland was once known as “the land of saints and scholars,” and the Catholic Church historically had a hegemonic role in the affairs of the Irish Republic and sent missionaries all over the world. But the country and church have undergone major changes since St. John Paul II visited in 1979. Economic, social and cultural changes have transformed the country, while the clergy sexual abuse crisis has greatly diminished the church’s moral authority. The cardinal confirmed that a seminar devoted to child protection during the W.M.F. will involve survivors of abuse and will be led by Cardinal Seán O’Malley of Boston.

Cardinal Farrell also confirmed that the W.M.F. will have a distinct ecumenical dimension. He recalled that Ireland was once a land that exported immigrants but today is one that receives migrants. The meeting will include discussion on the question of migrants and refugees, especially the question of reunification of families, the cardinal said, which “is a major concern of the church.”

“We’re going to deal with ‘Amoris Laetitia,’ which is about human love, the family and family life.”

“The church will do everything in its power to bring husband, wife and children together again,” he added, “and bring them out of refugee camps or wherever else they are separated from each other.”

Two years ago, Ireland voted in a referendum to legalize same-sex marriage. Asked whether gay and lesbian Catholics would be invited to participate in the W.M.F., the cardinal said, “Nobody is excluded!” He emphasized, however, that the event will focus on “the Christian and Catholic concept of marriage and the family”—namely, the union of a man and a woman and the children that arise from that union.

On the eve of the pope’s visit, Ireland will vote on whether to change its constitution to legalize abortion. Asked if the pope would speak out on the referendum, Cardinal Farrell said, “By now everyone knows that the church’s and the pope’s position is to protect life from conception to natural death.” He had no idea, he said, whether Francis would speak out specifically on the abortion issue in advance of the vote in Ireland.

Pope John Paul II did not visit Northern Ireland during his 1979 trip, and the cardinal did not know if Pope Francis planned to do so.

Ahead of this year’s gathering, the dicastery has produced seven catechetical guides based on “Amoris Laetitia” to help dioceses, parishes and families prepare for this major event over the next seven months.

Cardinal Farrell explained that the first catechesis reviews the situation of families today, the second explores the relevance of the Scriptures in the daily life of the family, the third shows how all this can help realize the great dream of God for every family, and the fourth addresses how this vision of family can prevail in the face of fragility and weakness. Other topics include the family as the creator of a new culture in the world, a new culture of life and a new culture of hope. Each of the seven catecheses will begin with a prayer and conclude with suggested questions for discussion in families or church communities.

The seven catecheses are enriched by the singing of Andrea Bocelli, the blind Italian artist, drawn from a concert in the renowned Sagrada Familia in Barcelona. They will be available beginning Feb. 2 in five languages, including English, on the dicastery’s websiteand YouTube.