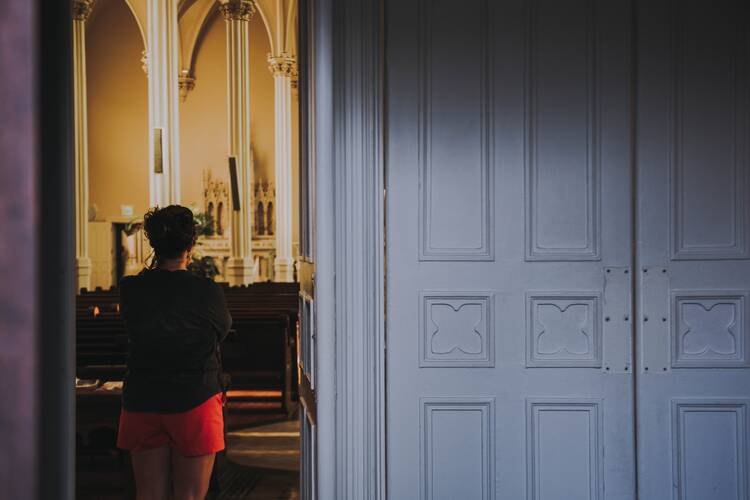 The women we surveyed do not, for the most part, keep the Sunday obligation to attend Mass. A little over a quarter of the self-identified Catholics (26 percent) rarely or never attend Mass. Another quarter (27 percent) attend only a few times a year. Twenty percent attend every week (an additional four percent attend more than once a week).

Participation in the sacrament of reconciliation (confession) is also infrequent. A quarter of respondents (27 percent) went to confession at least once a year. A higher share (38 percent) reported that they had “never” been to confession. This is higher than might be expected, as confession in most dioceses is now required prior to making one’s first Communion.

Nearly all of the survey participants professed a strong belief in God. Seventy-eight percent of Catholic women said they believed in God and had no doubts about God’s existence, and an additional 16 percent said they believed but “sometimes” had doubts. Less than 1 percent of women said they were confident God did not exist and only 2 percent said they did not expect that God existed but that they considered his existence to be possible.

What Catholic women actually believe about Natural Family Planning
How many Catholic women have considered religious vocations?
The Prayer Lives of Catholic Women

Thank you for presenting these facts. I would like to hear the perspective on the reasons why you think this is happening. Also thoughts on the long term consequences of women not being present at church. To me it seems like women are the backbone of a strong church. They bring their children, they volunteer. What happens when they disappear?

Also, I would question the numbers re belief in God. I think there are a lot more cultural Catholics who don’t believe or who have doubts.