The older we get, the more we should want to grow 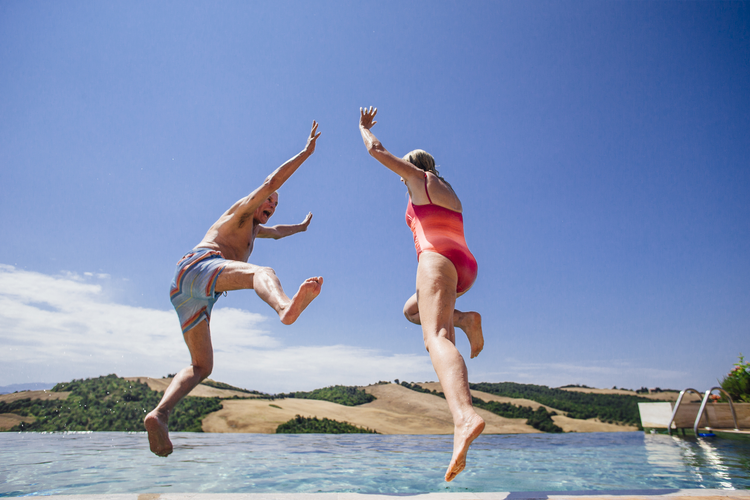 Rather late in life, I admit, I am adjusting to the sharing of my bed. My companion is a dark brown Chihuahua, named Coco Chanel. It is a challenge because Coco sleeps in the center of the bed. Chihuahuas love to burrow, so Coco almost always sleeps under the covers. But she sleeps under various layers, depending upon the temperature. As it varies, Coco wants layers added or removed, and she thinks that I should help with this, as, she argues, we can both then get back to sleep faster.

Coco insists on sleeping to my back side. I think that I must have rolled onto her while snoozing, though it could have been Sister Andre, when “Auntie Andre” was babysitting. So if I turn to face Coco, she exits one side of the sheets, climbs over me and enters the other.

Friends have expressed amazement that I allow this, but not those who know Coco well. The night we first met, when she would not yet come to me, she nonetheless got into bed when the time came. She went way down to the bottom, on the other side as if to say, “Look, I don’t know you, but you can stay...until you find your own bed.”

Tossing and turning used to be so trouble-free. Now it is a bit of a tussle. Especially because Coco does plenty of her own. But that is what we animals do when we sleep. Even then our muscles need to be regularly stretched and relieved. As anyone who has been injured knows, to lie perfectly still is nigh on insufferable.

Animals twist and turn at night. We humans do a lot of it during the day as well.

Animals twist and turn at night. We humans do a lot of it during the day as well, because, for us, pure stasis is equally insufferable in our waking hours. I am at an age in life where I know my preferred brands: of coffee, shaving cream, toothpaste, socks and underwear, cologne and cough syrup. But when something novel comes along, I will give it a try. Don’t we all? If nothing else, it will confirm that we have already found our favorite.

We say that old friends are the best friends, which is, no doubt, true. But that does not mean that we grow tired of making new friends. We sense somehow that a part of ourselves is out there, with those new friends, waiting to emerge.

Even as we age and realize, with some sadness, that we can no longer jump over fences or throw a ball or lift heavy objects as we once could, we still find great delight in mastering the new. Sometimes it is a new skill. I made an angel food cake—from scratch—a few weeks ago. Sometimes it is a new insight. Do you find yourself saying: “I didn’t realize that this is when these flowers bloom?” Or, “I don’t remember when the butterflies were so plentiful?”

No matter whether we are saint or sinner, the road to heaven is too far to walk.

Cardinal Newman was pondering the development of Christian doctrine when he wrote these oft-quoted words, but they apply to all of human life: “In a higher world it is otherwise, but here below to live is to change, and to be perfect is to have changed often.”

It is said that the great St. Francis of Assisi frequently used to greet his brothers by saying, “Let us begin, for until now, we have done nothing.” Those poor brothers! Living in mud huts by the river, walking barefoot and always hungry! They must have wanted to hit him over the head, but Francis was a man fully alive and—you know it—to live to change, to grow.

To the extent that we think of it, we tend to picture salvation as something of a scale affair. Our righteous deeds will be weighed against our sins, and then we will know our fate. Yet the Scriptures, of both testaments, are quite clear that this is not the case. The Prophet Ezekiel tells us:

Perhaps this would be a better picture. It is not the weight we carry in our backpack or the quality of the shoes we wear. It is the direction in which we are walking when the Lord stops to pick us up. Because, no matter whether we are saint or sinner, the road to heaven is too far to walk. If the Lord does not give us a ride, we will never arrive. And, conversely, if you’re going the wrong way, your speed is the least of your problems.

Lots of people get crusty as they age. Only the saints get slippery.

Is not that what Jesus said to the chief priests and the elders? Forget about the distance you have to traverse. Worry about the direction you’ve chosen.

In confession, people often speak of the guilt that they feel about not being kinder or more patient with someone. They feel guilty about not praying more or about not being concerned enough with the poor. That is good guilt. Guilt that produces growth. That is not the shame of sin, which wickedly convinces us that we are unworthy of God’s love. Guilt as blessing graciously calls us forward, calls us to change. It is the Lord, ever so gently saying: “Let’s try this road. It looks life-giving.”

If you are keeping score, it is not real love
Terrance Klein

Where Is God at Work?
Michael Simone

You see, we are like Dante, at the beginning of his great poem. Translate his words from the Italian and they apply perfectly to us, most every day of our lives.

Midway in the journey of our life
I came to myself in a dark wood,
For the straight way was lost.

And, just like Dante, we need heaven to show us the way to life.

Why are we so amazed when an old person runs a triathlon or goes back to college? The older we get, the more we should embrace growth, because we have learned that it is the path of life. Indeed, Psalm 92 teaches that youthful vigor is a gift of grace.

Planted in the house of the Lord,
they will flourish in the courts of our God,
still bearing fruit when they are old,
still full of sap, still green,
to proclaim that the Lord is upright (14-15).

But of course that is not a given, or there would be no need for God’s grace. Lots of people get crusty as they age. They can barely turn, much less twist. Only the saints get slippery.