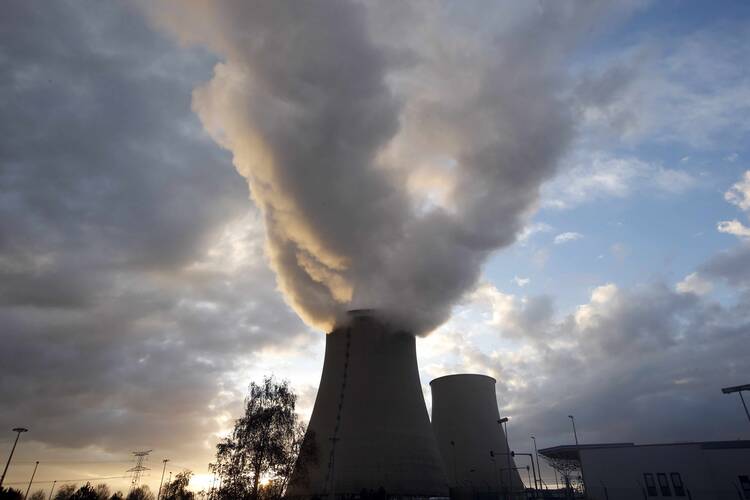 Pope Francis and Patriarch Bartholomew “urgently appeal” to all those “in positions of responsibility” in the social, economic, political and cultural fields “to support the consensus of the world for the healing of our wounded creation.”

They do so in a joint message for the third World Day of Prayer for the Care of Creation, on Sept. 1, in which they urge people to pray for the care of the human and natural environment, which “are deteriorating together” and affecting especially the planet’s most vulnerable people, the poor.

While their message is a general appeal to the conscience of everyone in a position of responsibility in these fields, it would seem to be addressed in particular, though without naming him, to President Donald J. Trump and his administration, which have taken the decision to withdraw from the Paris climate accord, the only major world power to do so.

While their message is a general appeal, it would seem to be addressed to the administration of President Trump, which has taken the decision to withdraw from the Paris climate accord.

The fact that the pope, the leader of the world’s 1.3 billion Catholics, and the patriarch, the first among equals in the leadership of the Orthodox church with its 280 million members, decided to issue a joint message is the clearest indicator that they consider this as an issue of the utmost gravity and importance for humanity today. They see it as a profoundly moral question and are appealing to the consciences of all those in positions of responsibility in the political, economic, cultural and social fields.

They implore these leaders “to hear the cry of the earth” and “to attend to the needs of the marginalized” and “above all to respond to the plea of millions and support the consensus of the world for the healing of our wounded creation.”

Underlying the importance of their message, they say: “We are convinced that there can be no sincere and enduring resolution to the challenge of the ecological crisis and climate change unless the response is concerted and collective, unless the responsibility is shared and accountable, unless we give priority to solidarity and service.”

After publishing his encyclical, “Laudato Si’” in 2015, Pope Francis decreed that a World Day of Prayer for the Care of Creation be held annually on September 1. In doing so, he followed what has been the practice of the Orthodox church since 1989.

The full text of the message can be found here.

These are the personal opinions of two churchmen which stand or fall on the evidence for climate change caused by humanity. This is not part of the Gospel.

Maybe they should pray that Angela Merkel have a change of heart and not have Germany burn so much dirty coal.

When I was in Europe recently I noticed barge after barge of coal being sent to their coal fired power plants.

America, the magazine, has agreed that the Paris Climate Treaty was a sham. So how can anyone criticize Trump from getting out of it.

Coal on a barge perhaps has questionable merit as a reference for comments.

On renewable energy, Republicans appear in complete alignment with Ms. Merkel. The top 10 wind-energy producing congressional districts are represented by Republicans. Back on May 11, 2014, Germany, generated a record 74 percent of its electricity from renewable energy.