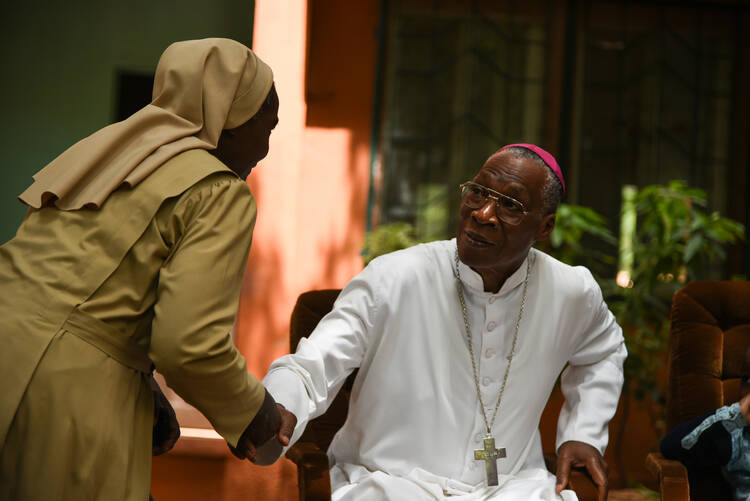 Archbishop Jean Zerbo of Bamako, Mali, is among five new cardinals to be created by Pope Francis at a June 28 Vatican consistory. (CNS photo/Nicolas Remene, EPA)

Pope Francis will create five new cardinals at a consistory in Rome scheduled for June 28. Only two are from Europe, and four are from nations that have never before had a cardinal. The pope has said, “Their belonging to different parts of the world shows the Catholicity of the church spread on all the earth.” This will be the fourth consistory since the pope was elected in March 2013. His nominations reaffirm his wish for universality, seeking church leaders from the so-called peripheries where the church is growing and diminishing the dominance of Europe in the College of Cardinals. With these latest nominations, Pope Francis will have created 49 of the 121 cardinals who may be called upon to elect the next pope. 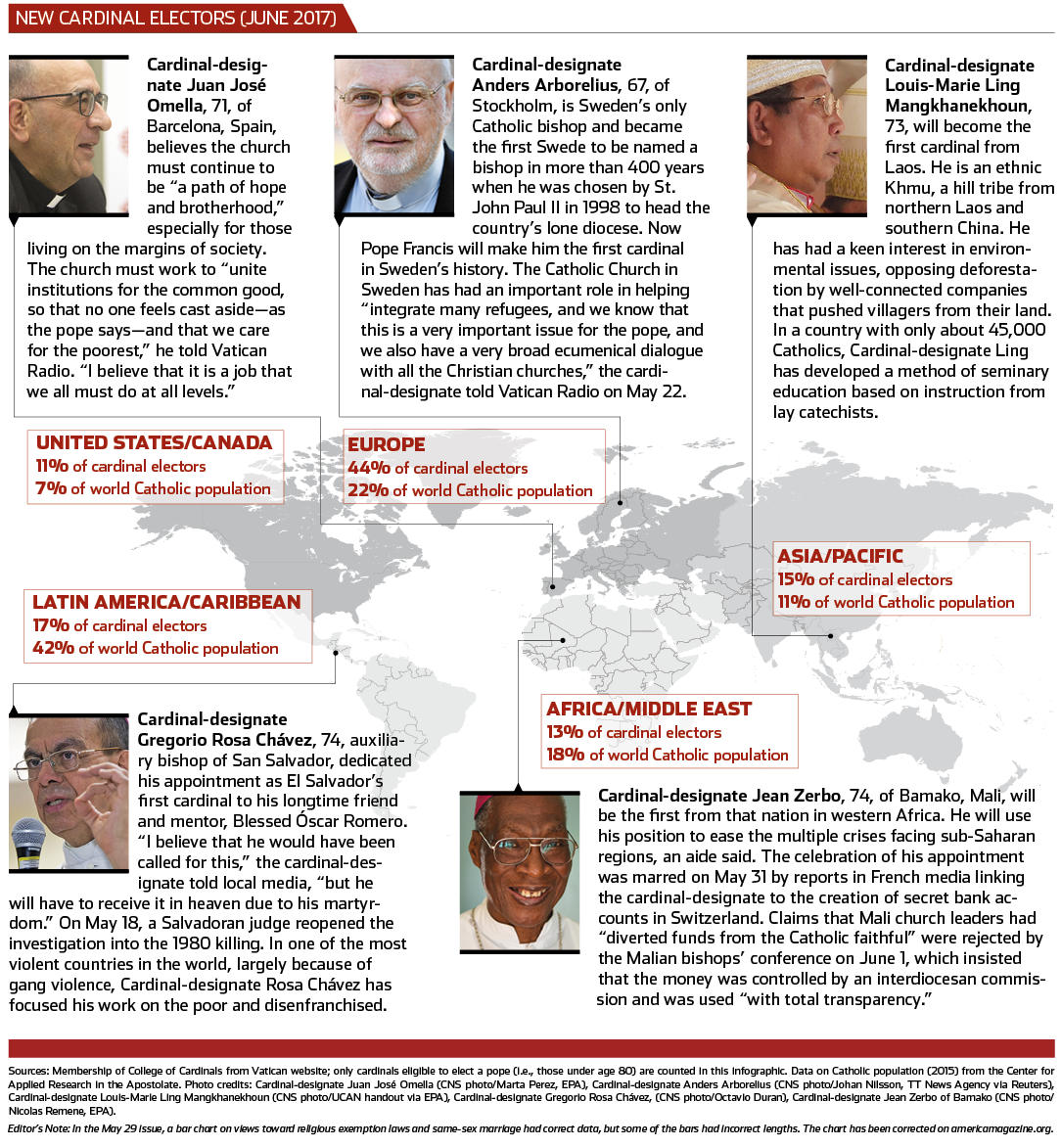 Kevin Clarke is a senior editor and chief correspondent at America.