I’ve been a priest for 63 years. Celebrating Mass has never gotten old. 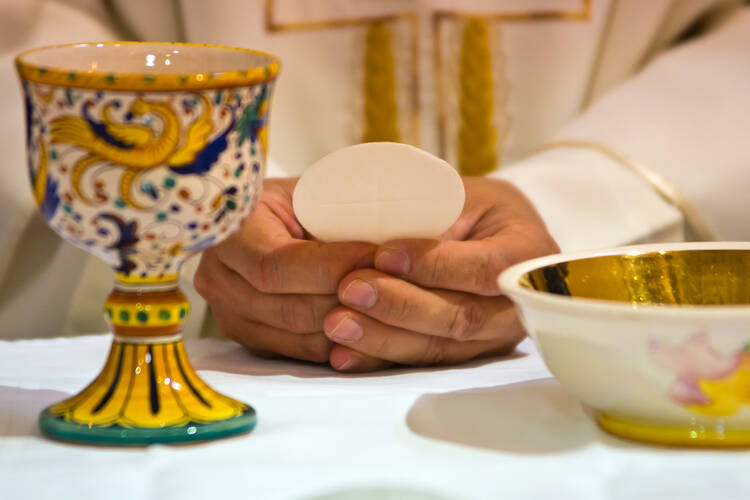 The girl caught in the act of adultery and dragged before Jesus may well have been a teenager. She knew the prescribed punishment (imposed only on women): death by stoning. How terrified she must have been. And when, at the end of this terrible story, all her accusers have slipped away and she hears Jesus say, “Neither do I condemn you. Go, and from now on do not sin anymore,” how grateful she must have been (Jn 8:11).

I have personal reasons for gratitude no less than hers. Sixty-three years ago I knelt before a bishop to be ordained a priest in the Catholic Church. It was the fulfillment of the dream I had had, without a single interruption, from age 12. And not only a dream: I had it in writing. When my high school English teacher told the class to write an essay about “What you expect to be doing in 25 years,” I wrote about being a priest. I told my classmates about my answer, so from age 12 I have been called “Father”—with varying degrees of seriousness. I entered seminary eight years later not to “discern a vocation” (something I would not hear about for another quarter century) but because I was told that was what I must do to get ordained.

If you were to ask me whether I have ever regretted my decision for the priesthood, I would reply at once, “Never, not one single day.”

Has every one of the 63 years since then been happy? Of course not. That does not happen in any life. All of us must travel at some time or another through the psalmist’s dark valley. For seven years, from 1974 to 1981, I was without assignment and unemployed. Living in St. Louis, Mo., but subject to a bishop in Germany, I was like an Army officer detached from his regiment. The clerical system did not know what to do with me. Those years were hard and terribly lonely. I survived only by prayer.

If you were to ask me, however, whether I have ever regretted my decision for the priesthood, I would reply at once, “Never, not one single day.” I will say it another way. If I had my life to live over again, knowing in advance all the hard and difficult years which lay ahead, would I still choose the priesthood? In a heartbeat! I would change just one thing: I would try to be more faithful.

The priesthood has brought me pain and sorrow, yes. But it has also brought me joys beyond telling. Those joys are the reason why I say every day, more times than I can tell you, “Lord, you’re so good to me, and I’m so grateful.”

The priesthood has brought me pain and sorrow, yes. But it has also brought me joys beyond telling.

The greatest joy is the privilege, beyond any man’s deserving, of standing at the altar day by day to obey Jesus’ command at the Last Supper to “Do this in my memory.” Celebrating Mass was wonderful the first time I did it 63 years ago. It is, if possible, even more wonderful today. My prayer today, which I have repeated every day since my 75th birthday, 14 years ago, is twofold: that the years which remain to me may belong ever more completely to the Lord God and for a happy and a holy death.

I close with a prayer composed by the great 19th-century English convert, Blessed John Henry Newman, at the end of his long life as a cardinal, which has been dear to me since childhood:

Support us, O Lord, all the day long; until the shadows lengthen, and the evening comes, and the busy world is hushed, and the fever of life is over, and our work is done. Then in your mercy grant us a safe lodging, and a holy rest, and peace at the last. We ask this through Christ our Lord. Amen. 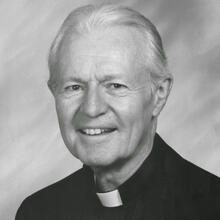 The Rev. John Jay Hughes is a priest of the St. Louis archdiocese and author of No Ordinary Fool: A Testimony to Grace.

Hello Father Hughes, The ancient Israelites searching for one word to say it all, invented the word “Alleluia” through which every adulation due to an awesome and gracious God could be joyfully proclaimed, better yet, shouted! Trying to find an adequate word acknowledging gratefully your Sixty-three years of priestly ministry, I did what the Israelites did, I sent Sixty-three ALLELUIA shout-outs to Jesus God, the Eternal High Priest and now to you, Father, the same special word, Sixty-three times again! Of course I’m talking about Alleluias of the Heart resonating throughout the Heavenly Kingdom as the Blessed Trinity smiles approval and Blessed Mary, Mother of the Priesthood and of Priests and St, Joseph, lead the clapping of all the angels and saints! To use an earthly word, FABULOUS!

Now I see through Faith, all priestly saints still celebrating with Jesus the Eternal Real Presence of God, the Eucharist, Who in God-time is concerned neither with past, or future, but only an everlasting “Now” in which Mass is continually offered from the First in the Upper Room on the night before he died, to the present and beyond. Truly the Eucharist is an “Everlasting Remembrance!” And in God’s own time a place at Heaven’s Altar awaits you, to join there with every priest the endless celebration of Eucharist, the Mass! I hope to be there too, clapping my hands with the saints and angels not ordained, but sharing the priesthood of the laity, with uncountable others, receiving from you Holy Communion, as He promised to drink “anew in the Heavenly Kingdom,” the fruit of the vine.

Some may say this this is just a theology of exuberance and maybe so. I like to see it however, as a discovery in Faith telescoped in Love, resting on the strong buttress of Hope. Pascal may have said it better, “The mind cannot comprehend, what the heart perceives!” Concluding may I say, Priesthood comes in many hues, but it is the priesthood of Father John Jay Hughes that out shines them all! Please pray for my wife, our children and grandchildren, our friends and for me. Thanks!