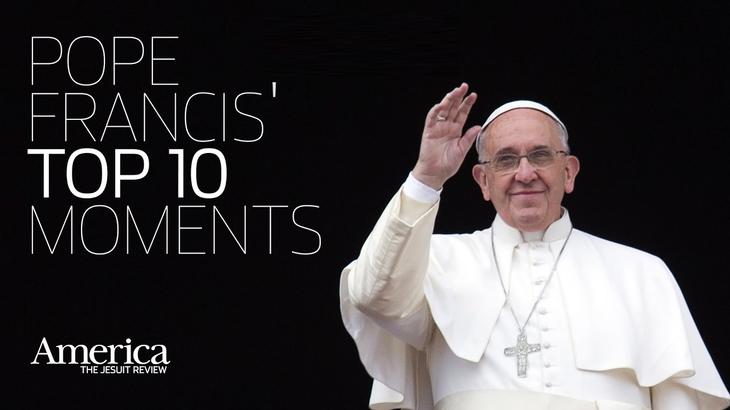 Monday marks the fourth anniversary of Pope Francis’ election, and his tenure has been marked by many headline-worthy moments. From calling attention to immigrants in the Mediterranean to calling for a commission to investigate women deacons, Francis continues to push the church in new directions.

On the anniversary of the first Jesuit pope, here are the top 10 highlights of his four years in office.

10. Embracing the sick and disabled

The revolutionary leadership of the papacy has included various new ways of connecting with people. Francis has a popular Twitter account available in severallanguages and is known to take selfies. During a general audience in November 2013, Francis embraced a man suffering from neurofibromatosis, a disfiguring skin condition. The viral image paralleled Jesus’ embrace of lepers, and is one of many examples of the pope reaching out to people with disabilities.

Francis met the spiritual leader of the Orthodox world in Jerusalem in May 2014 to pray and sign a joint declaration to overcome obstacles between the churches. The two were commemorating the 1964 meeting of the churches, the first since the 15th century.

Father Spadaro’s interview with Pope Francis in the pages of America made international news and inaugurated a new style of communication for this pope, who is now known for the extensive interviews he gives to the press, often aboard the papal plane.

7. Trip to the United States and Cuba 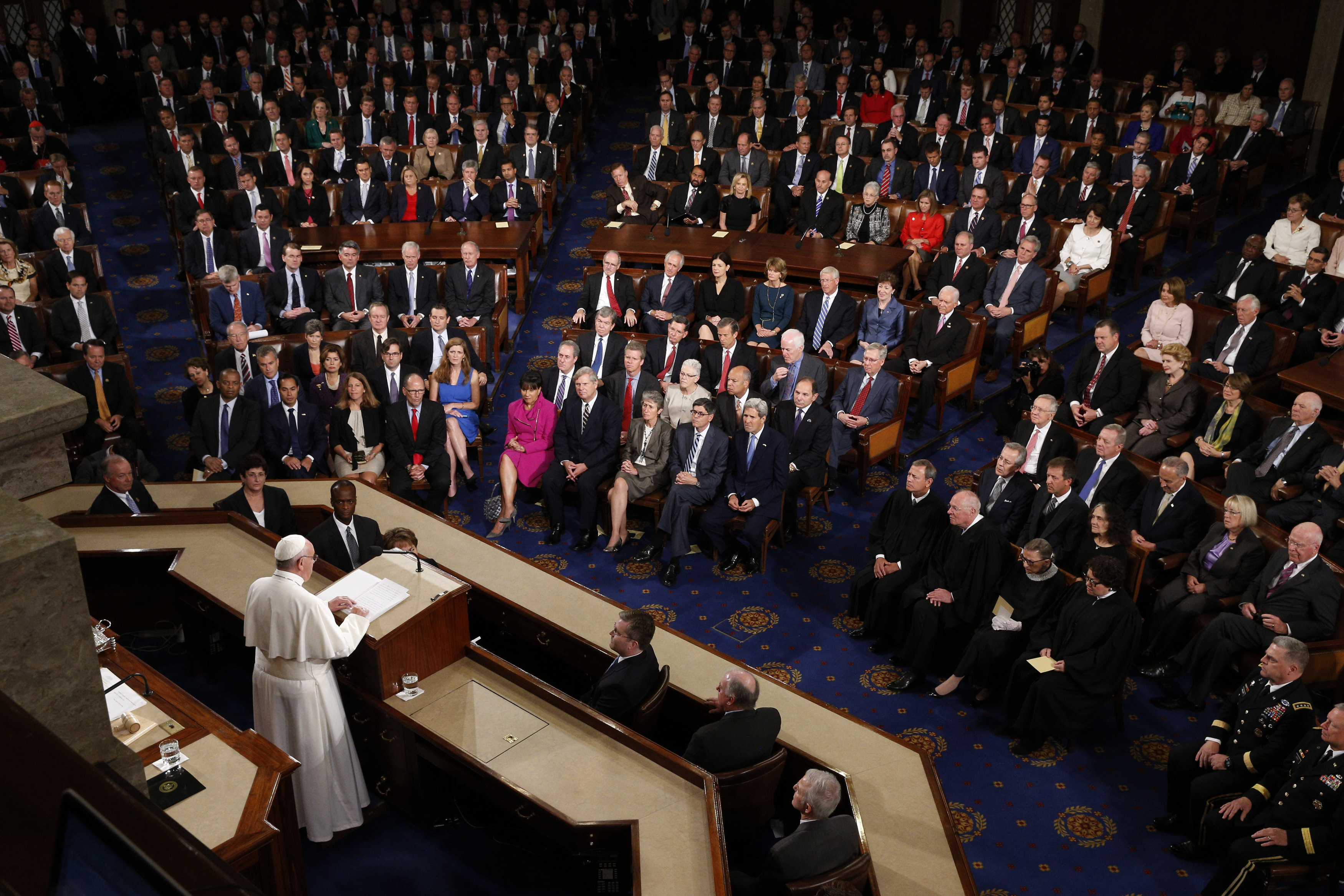 Francis made stops in Washington, D.C., New York and Philadelphia during his first visit to the United States in 2015. At the United Nations, he spoke about immigration, drug trafficking and the need to protect the environment. He continued his message of reconciliation and called for compassion toward migrants during an address to Congress.

The trip to North America included a stop in Cuba before the United States. The pope was later revealed to have played an integral part in healing U.S.-Cuba relations.

In May 2016, Francis spoke about the possibility of ordaining women to be deacons and called for a commission to study the topic. The 12-member commission was announced two months later and charged with investigating the historical role of women in the church. The group includes a variety of experts on theological subjects, including two Americans. Watch America’s panel discussion on the subject, co-sponsored with Fordham University.

Mercy has played a central theme in Francis’s ministry since his first address in St. Peter’s Square. On the second anniversary of his papacy, Francis announced the Extraordinary Jubilee of Mercy,whichlastedfromDecember 8, 2015, to November 20, 2016. Churches around the world each designated a holy door to be a reminder of the pope’s call for reconciliation. Each month, Francis carried out an act of mercy as an example, such as inviting prisoners and their families to Mass and visiting former prostitutes.

While the year is over, Francis continues to spread a message of mercy. In a homily following the year, he said, “even if the Holy Door closes, the true door of mercy, which is the heart of Christ, always remains open wide for us.” 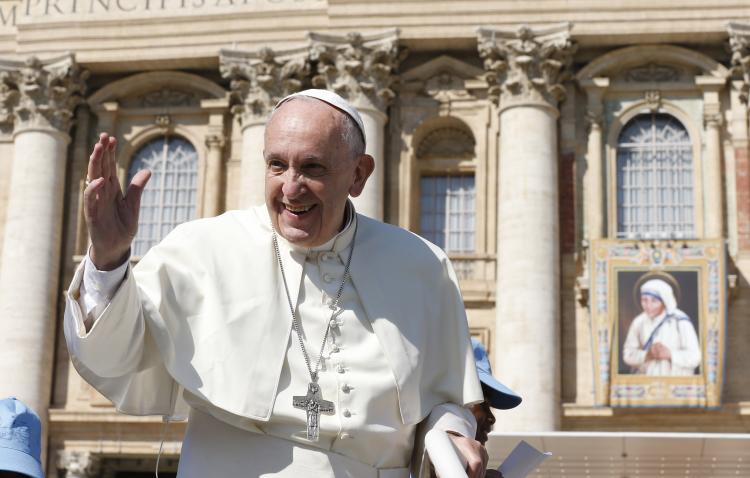 Just over four months into his papacy, on a flight home to Rome, Pope Francis fielded a barrage of questions from reporters on hot-button issues. He spoke about women in the church, as well as divorced and remarried Catholics. However, the best-known line of the plane press conference came following a question about whether there was a “gay lobby” at the Vatican.

“I haven’t met anyone in the Vatican yet who has ‘gay’ written on their identity cards,” Francis said. “If a gay person is in eager search of God, who am I to judge them?”

The pope’s words were widely seen as a major change in the way the hierarchy talks about gay and lesbian Catholics, who, not long ago, had been referred to in Vatican documents as “intrinsically disordered.”

3. “Amoris Laetitia” and the Synod on the Family

In his apostolic exhortation “Amoris Laetitia,” or “The Joy of Love,” Francis called for a greater recognition of the complexity of family life, and left the door open to allowing divorced and remarried Catholics to receive the Eucharist. The section on divorce and remarriage was shaped by an extended period of discernment that included two high-profile synods in 2014 and 2015. The process was messy at times, but observers applauded the pope for encouraging frank and transparent discussion to take place. The legacy of “Amoris Laetitia” is still being debated, with some cardinals publicly questioning some of its teaching, while many other high ranking prelates and theologians have defended it.

Francis’s second encyclical was expected to offer the church’s position on the climate change debate, but it did far more than that. In “Laudato Si,’” the pope criticized consumerism, discussed the effects of climate change on the poor and grounded his argument deeply in the Bible and church tradition. The encyclical, published June 18, 2015, officially added teaching on the environment to the body of Catholic Social Teaching. Check out our key takeaways from “Laudato Si’”. 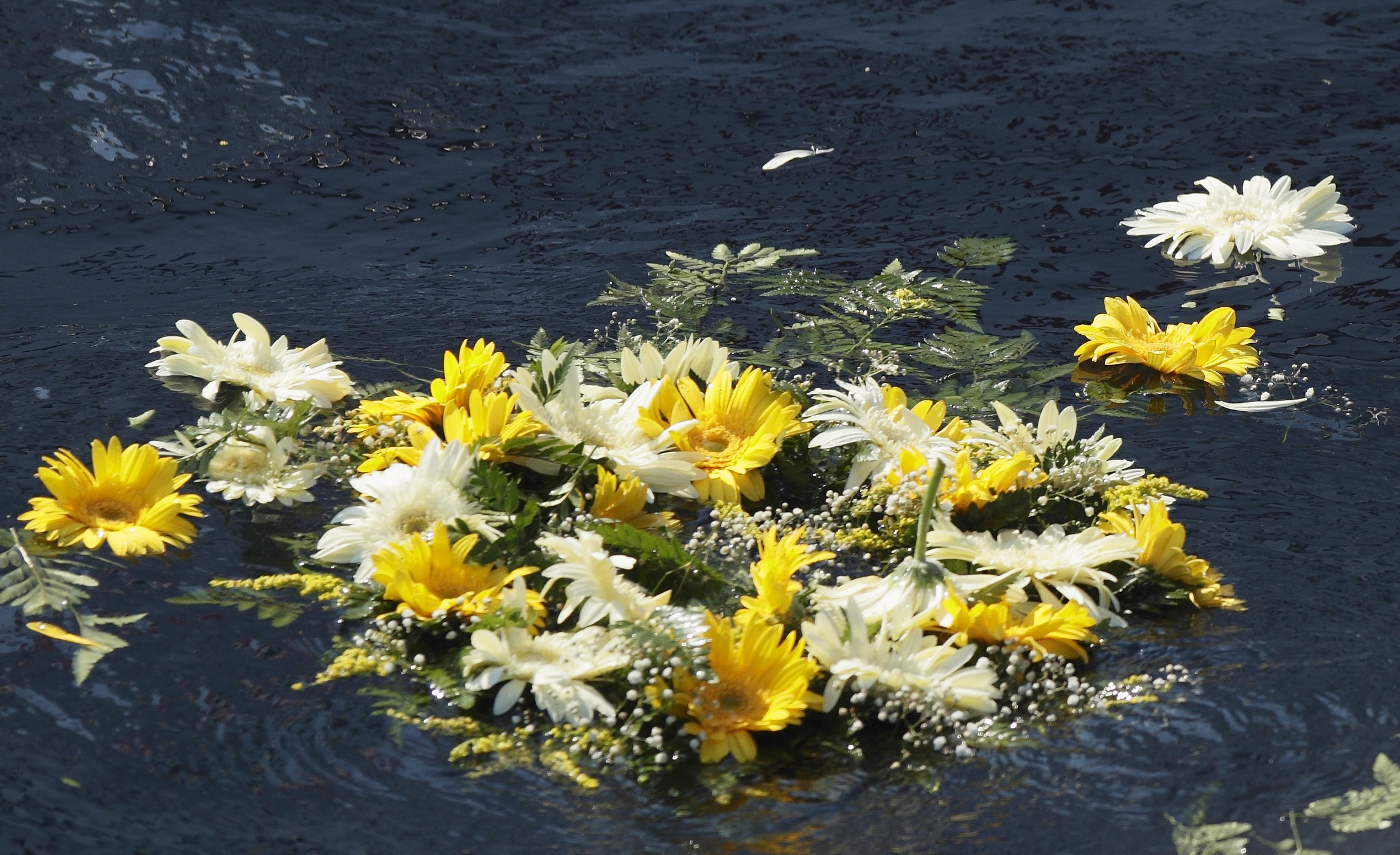 The pope’s first trip outside of Rome was to the rocky Italian island of Lampedusa, located 70 miles from the coast of Africa in the Mediterranean Sea. The trip, in July 2013, carried a somber tone as the pope laid a wreath in the Mediterranean Sea to honor the thousands of migrants who had died in the perilous journey to Europe.

Francis’s papacy has been defined by his ability to focus global attention on the plight of immigrants, refugees and trafficking victims, especially those attempting to flee persecution and economic trouble.

“In this world of globalization, we have fallen into globalized indifference. We have become used to the suffering of others; ‘It does not affect me; it does not concern me; it is none of my business,’” Francis said.

With the number of refugees around the world at historic highs, even exceeding the displacements caused by World War II, and countries around the world struggling to address the crisis, the example of Pope Francis remains prophetic.

Pope Francis has been, and continues to be a blessing, in a chaotic world.

Rather odd to pick 10 moments and to rank them, if they are ranked.

I would like Francis to embrace those Catholics that some find
too conservative/traditional.