How the U.S. bishops are planning to bring peace in 2017 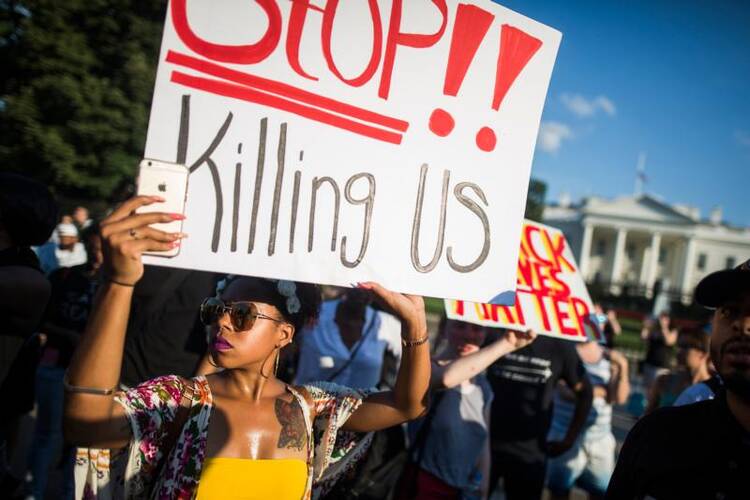 The Catholic Church has a "tremendous responsibility to bring people together in prayer and dialogue, to begin anew the vital work of fostering healing and lasting peace," said a report by a U.S. bishops' task force released on Jan. 5 in the wake of last year's incidents of violence and racial tensions.

The work to "root out racism and create healthy dynamics in our neighborhoods" is a long-term project, but the scope of it should not cause fear or intimidation, wrote Archbishop Wilton D. Gregory of Atlanta, chairman of the Task Force to Promote Peace in Our Communities, in the report's introduction.

He also said "the church is at her absolute best when she is a bold and prophetic voice for the power of the love upon which our faith is based, the love of Jesus Christ."

The task force is taking on a broad issue, but in its report, it breaks down what needs to be done into a few recommendations to the U.S. bishops, urging them to focus on:

The group also recommended that the National Day of Prayer for Peace in our Communities be an annual observance, urged U.S. Conference of Catholic Bishop committees to provide resources for racial healing and stressed that a statement on racism from the bishops was "more important than ever."

A summary of the findings of the task force—convened last year by Archbishop Joseph E. Kurtz of Louisville, Kentucky, then president of the USCCB—was presented to the U.S. bishops in November at their fall assembly in Baltimore.

The full report highlights some of the activities promoted by the task force last year, including the nationwide celebration of a Day of Prayer for Peace in Our Communities on Sept. 9 and listening sessions and interviews between members of the task force and community members.

In describing some of the discussions that took place among task force members—both bishops and lay leaders—the report notes that there is not a one-time solution for overcoming racism and violence.

In stressing the work ahead, the task force praised previous bishops' statements on racism, but said they were "not sufficient to address the difficulties of the moment." It also urged Catholics to look at where they might be contributing to race issues "from hiring practices to parish and school closures."

The group stressed that the church should continue to pray for the challenges facing communities not just "in the heat of a tragic moment" but throughout the year.

It also summarized some interviews that took place with individuals on the topic of building peaceful communities. In discussions with police officers, for example, one person said he had started a program where each church in his area was responsible for what happened within a one-mile radius of their church building and church members were trained on how to engage in conversations that would build community dialogue.

A police officer stressed that parishes could plan events in various neighborhoods to give police officers and residents a chance to sit and talk.