Father Peter-Hans Kolvenbach, leader of Jesuits at a tumultuous time, dies at 87. 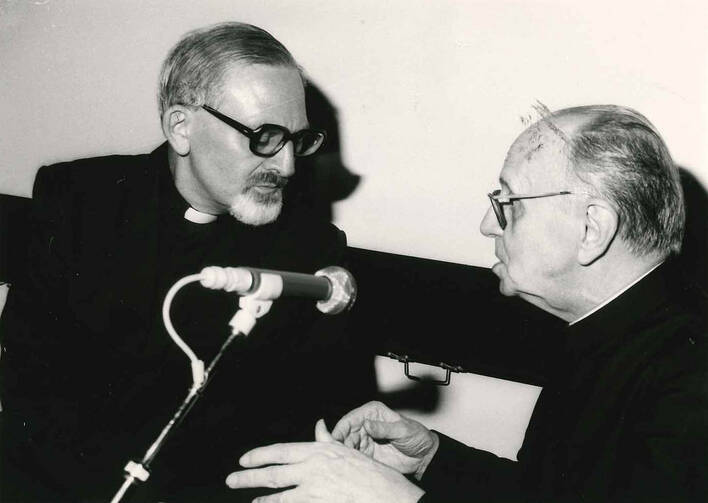 Peter-Hans Kolvenbach, S.J., the 29th Superior General of the Society of Jesus, who guided the order through one of the most tumultuous periods in its history, died on Nov. 26 in Beirut, Lebanon. He was 87. He was a Jesuit for 68 years and a priest for 55. He served as Superior General of the society for nearly a quarter-century; only four superiors general held the office for longer.

Daniel Cosacchi is Canisius postdoctoral fellow and lecturer of religious studies at Fairfield University. He is co-editor of The Berrigan Letters: Personal Correspondence of Daniel and Philip Berrigan. James T. Keane contributed to this story.