Growing up with my boys at Mass 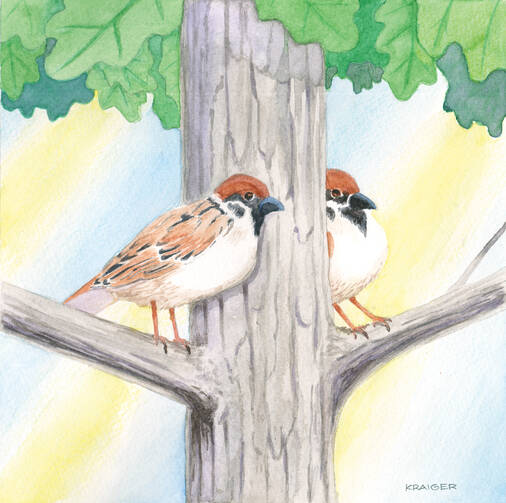 I am standing in the middle pew, far left side, at Mass. We choose this pew when possible for the light pouring and puddling through the stained-glass windows. The late-morning Mass is best because the sun finally makes it over the castlements of the vast hospital up the hill, and the sun has a direct, irresistible shot at the windows, and as my twin sons used to say, the sun loooves jumping through the windows and does so with the headlong pleasure of a child.

They used to be small enough to choose different sun-shot colors on the floor and jump from one color to another, my sons. They would do this before Mass and after Mass and occasionally during Mass on the way back from being blessed by Father John in the years before their own First Communion.

Sometimes they would rustle and fidget impatiently in the pews and fiddle with missals and fold the parish newsletter into ships and trumpets and bang the kneeler up and down, until they were arrested by the wither of the maternal glare, but then came Communion, which meant Father John bending down from his great height like a tree in a storm and blessing them with his hand as big as a hat on their heads. They loved that and loved whispering loudly Hi Johnny! to him, which would make him grin, which they counted as a win, to make the sturdy dignified celebrant grin like a kid right in the middle of Communion!

When they were 3 and 4 years old, they used to stand on the pew next to me and lean on me as if I were a tree and they were birds. Sometimes one would fall asleep and I would sense this through my arm and shoulder so that when I sat down I would be sure to haul the sleeper down safely. Sometimes they would lean hard against me to try to make me grin like Father John grinned during Communion.

Once I discovered that they had conspired before Mass to lean on dad so hard that they would squish Dad! And he would get six inches taller right there in the church! Wouldn’t that be funny? Sometimes they would lean against me just from a sheer simple mammalian affection, the wordless pleasure of leaning against someone you love and trust. But always I was bigger and they were smaller, then.

Then came years during which there was no leaning because generally they were leaning away from their parents and from the church and from authority in all its figments and forms and constitutions and generally they sat silent and surly and solitary, even during the Sign of Peace, which distressed their parents, which was the point.

But now they are 20 and one is much taller than me and the other is much more muscular. One is lanky and one is sinewy. One is willowy and the other is burly. And the other day in Mass I leaned against one and then the other and I was moved, touched, pierced down to the fundaments of my soul. What were once pebbles are now mountains. They are tall and strong and stalwart and charming and at the Sign of Peace people in all directions reach for them smiling.

When I lean against them, they do not budge and now I am the one leaning against men whom I love and trust and admire. Sometimes I lean too hard against them on purpose just to make them grin. Sometimes by chance I am the first one back from Communion and I watch as they approach, wading gracefully through the shivered colors of the sun streaming through the windows. Time stutters and reverses and it is always yesterday and today. Maybe the greatest miracle is memory. Think about that this morning, quietly, as you watch the world flitter and tremble and beam.

Brian Doyle is the editor of Portland Magazine at the University of Portland and the author of So Very Much the Best of Us (ACTA).