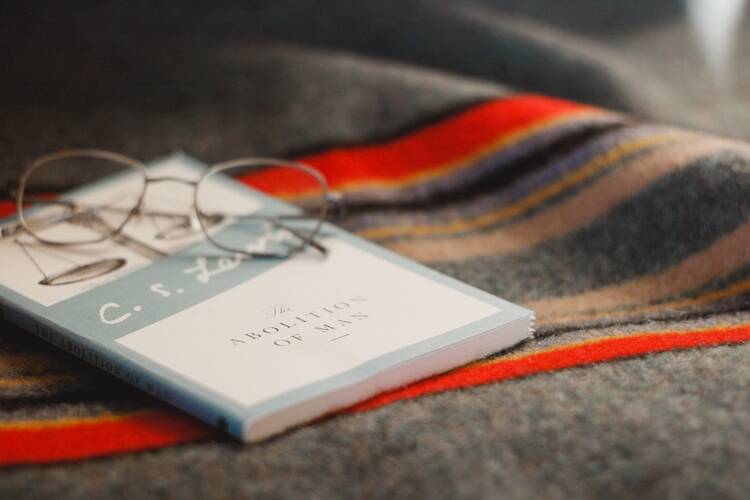 Photo by Caleb Woods on Unsplash

Many of us today remember C. S. Lewis for writing the books which led to the film series “Chronicles of Narnia.” Lewis was a member of “The Inklings”, a group including J.R.R. Tolkien, best known for “The “Hobbit” and “Lord of the Rings,” but also a translator for The New Jerusalem Bible, where his name may be found among the small group of translators. The Inklings met weekly to discuss their ongoing writing projects, their own lives, and politics and culture. So I think it is appropriate, and even valuable, to think about how C. S. Lewis might respond to events in Britain this week were ink still flowing from his pen.

Lewis examines the sacred and secular in an essay, “Christianity and Culture.” Even when he wrote this nearly 70 years ago, many thought that the role of Christianity as a social and culture force had been transcended by modern thinking, art, and literature, leaving centuries of Christian culture to survive as mere footnotes of future modernistic explorations. Lewis looked to scripture, St. Augustine, St. Jerome, Thomas Aquinas, and even Milton to find guidance for the “modern” Christian trying to live in a post-Christian world. He became disappointed when he discovered ambivalence instead of direction, but discovered some intellectual satisfaction when he read some of the writings of Cardinal John Henry Newman:

"Finally I came to that book of Newman’s from which I have already quoted, the lectures on “University Education.” Here at last I found an author who seemed to be aware of both sides of the question; for no one ever insisted so eloquently on the beauty of culture for its own sake, and no one ever so sternly resisted the temptation to confuse it with things spiritual. The cultivation of the intellect, according to him, is ‘for this world’: between it and “genuine religion” there is a ‘radical difference’; it makes us ‘not the Christian...but the gentleman’, and looks like virtue ‘only at a distance’; he ‘will not for an instant allow’ that it makes men better. The ‘pastors of the Church’ may indeed welcome culture because it provides innocent distraction at those moments of spiritual relaxation which would otherwise very likely lead to sin; and in this way it often ‘draws the mind off from things which will harm it to subjects worthy of a rational being. But even in doing ‘it does not raise it above nature, nor has any tendency to make us pleasing to our Maker.’ In some instances the spiritual value of an activity may even be in inverse ration’”*

Not even Newman’s birfucation of sacred/cultural fully satisfied Lewis:  “I conclude that culture has a distinct part to play in bringing certain souls to Christ. Not all souls--there is a shorter, and safer way which has always been followed by thousands of simple affectional natures who begin, where we hope to end, with devotion to the person of Christ.”

The de-Christianization of Western European culture has been a theme of B16’s pontificate, and many would place his views closer to Newman as well as Augustine’s previous writings on the City of God versus the City of Man, as they find him overly critical and evenly confrontational, as we see from some of the reactions in Britain as I am writing this.

If I may rephrase Thomas Merton’s analysis of The City of God, perhaps there is a third way, one that melds the earthly and heavenly cities. Writes Merton, “At the beginning of his “De Doctrina Christiana” he calls to mind the audience of a Roman theatre. He shows us the spectators, coming together, strangers, from different places, to sit and watch the play. Soon one of the actors begins to arouse the admiration of individuals. They like him and they begin to applaud. Then, finding their own enthusiasm reproduced in others, they ”begin to love one another for the sake of him that they love.” A bond is established, and they begin to applaud...” Can a worldwide theatre, with persons of different faiths, sitting closely together, appreciate the global scenarios entrusted to us by God?

Time will be needed to review, understand, parse, criticize, and assimilate all of Benedict’s remarks, a mega-burst of information from the short visit to Britain. Austen Ivereigh rightly notes this was a triumphant visit, one of celebration.  Benedict quotes Lewis’s autobiography, “Surprised by Joy,’ in the fifth chapter of “Jesus of Nazareth.” B16 makes the point “we are at our most attentive when we are driven by inmost need to ask God for something or are prompted by a joyful heart to thank him for good things that happened to us.” Let us hope the joyful aspects of this trip will be remembered.

William Van Ornum
Show Comments (
5
)
Comments are automatically closed two weeks after an article's initial publication. See our comments policy for more.
12 years 4 months ago
Reading your article, Bill, and those of Austen, I have an image of those emminent church scholars:  St. Augustine, Blessed Cardinal Newman, C.S. Lewis and Thomas Merton gathered together in Heaven witnessing the pope's visit to GB-cheering him on with great appreciation and approval of his words.  Recognizing the paradoxes and ambiguities they confronted in their own studies, they pass on the baton to Benedict and others to continue their work, the seeking of knowledge and understanding in the Light of Christ.  And the resulting outpouring of love.

After Nietzsche announced the death of God, some of his followers (Huxley, Matthew Arnold, Shelley and Wordsworth among them) said that poetry would take the place of God.  Well, if you brouse around any of the big book chain stores you'll find a half shelf of books of poetry and several shelves of books on religion.  Poetry has not taken the place of God, at least not in the US and likely not in Europe either.  Human intelligence was supposed to provide another alternative to belief in God.  But, human hubris and greed have led to a global economic crisis which human intelligence has not yet found a way out of.  Let us hope that the Holy Father is right and that there is now a thirsting for God in the City of Man.  And that Thomas Merton's idea of the joining together in love of one another through their mutual love of one other person can come to fruition repeatedly in our world.
12 years 4 months ago
I've been interested in what's been going on in the UK too, especially with the influence of the 'radical orthodoxy' guys like Philip Blond (Red Tory) and John Milbank on the prime minister.

I don't really see how a theocracy can modernly work, unless it's some kind of despotism, given that societies are pluralistic.  There are people who don't believe in God and some who believe in a different God -  I think we should respect their beliefs as much as we wish they would respect ours.


we vnornm
12 years 4 months ago
Janice,

I love your image of Lewis et al. being with a new group of friends in heaven. And with Merton, Augustine, and Newman. What a crowd! Merton and Augustine may have a few stories to share about their younger days. Thanks, bill
we vnornm
12 years 4 months ago
Crystal,

There are many times I look at the present situation and think of Lincoln's quotation from Proverbs, "A house divided against itself cannot stand." Somehow Lincoln brought two very different cultures back together. I wonder how he would go about thisn today. best, bill
we vnornm
12 years 4 months ago
David,

You have written a hemingway-esque summary of Blessed Newman!