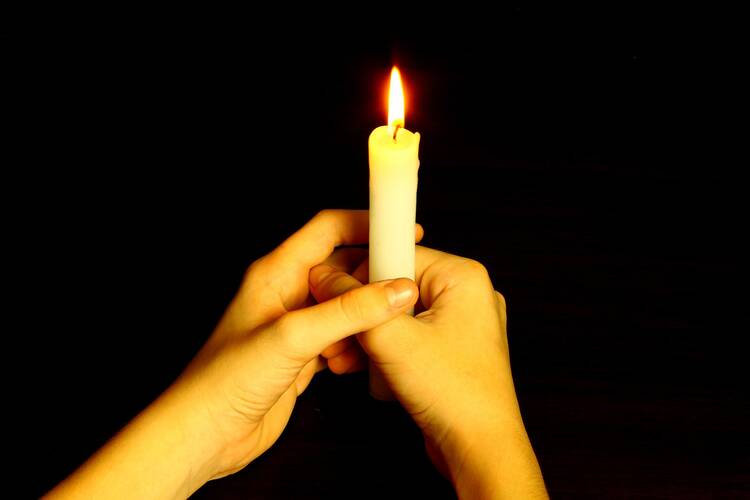 The complexity of the parable of the dishonest manager, found in Luke’s Gospel alone, did not stop the church fathers from cutting to the heart of the matter. Jesus commended the dishonest manager for slashing the amount of money the debtors owed to his master and encouraged his listeners to also “make friends for yourselves by means of dishonest wealth, so that when it is gone, they may welcome you into the eternal homes.” The commendation of the dishonest (Greek adikia, “unrighteous”) manager seems out of place, but ancient interpreters put the emphasis on the repentance of the manager that led to his proper use of earthly wealth.

Cyril of Alexandria, in his commentary on this passage (Homily 109), said: “Let those of us who possess earthly wealth open our hearts to those in need. Let us show ourselves faithful and obedient to the laws of God.” Ambrose of Milan (“Exposition of the Gospel of Luke”) focuses on the manager’s repentance and subsequent use of money, which he extols “so that by giving to the poor, we may match the grace of the angels and all the saints for ourselves. He does not rebuke the steward…. Although he has sinned, he is praised because he sought help for himself in the future through the Lord’s mercy.”

Cyril and Ambrose see the antidote to greed and the manager’s path back to God grounded in opening “our hearts to those in need” and “giving to the poor.” Centuries earlier the prophet Amos revealed God’s care for the needy, decrying “you that trample on the needy, and bring to ruin the poor of the land” by practicing “deceit with false balances, buying the poor for silver and the needy for a pair of sandals, and selling the sweepings of the wheat.” Amos promises that God will “never forget any of their deeds.”

God’s concern for the poor is grounded in the humanity that all of us share, which itself is grounded in God’s creation of us and love for each of us. To take advantage of another human being is to turn away from God’s love. More than that, to cheat a neighbor might also turn them away from God’s love and mercy. This is the ultimate result of sin, that we might substitute lesser things, like mammon, for God, or turn others away from God because of our unrighteous behavior.

The First Letter to Timothy, attributed to the Apostle Paul, draws a connection between Jesus’ common humanity and our salvation. There is “one mediator between God and humankind, Christ Jesus, himself human, who gave himself a ransom for all.” The fact that Jesus shares in our humanity indicates that every person is intended for salvation. Since God desires “everyone to be saved and to come to the knowledge of the truth,” we need to ask how our behavior affects those to whom the Gospel is to be brought. How does our behavior impinge on God’s desire that every person might come to know the truth?

Since all of us, rich and poor, share a common humanity, and since we share that humanity with Jesus, the one mediator, “who gave himself a ransom for all,” our constant goal must be to build our relationships with an eye to maximizing the dignity of all people. Improper use of wealth, cheating in business, bullying the poor or taking advantage of them financially might seem like small potatoes when compared to “greater” sins, but they matter in the big scheme of things. Jesus’ common humanity with us calls on us to treat everyone with the respect that the Incarnation makes manifest. God’s desire that we all be saved and come to the knowledge of the truth means that we should not act in ways that would turn people from this saving truth. Wealth, and how we use it, matters; and as the dishonest manager demonstrates, it is never too late to get honest and serve God instead of mammon.

This article also appeared in print, under the headline “Serving God,” in the September 12, 2016, issue.