Invitation to the Feast

Invitation to the Feast 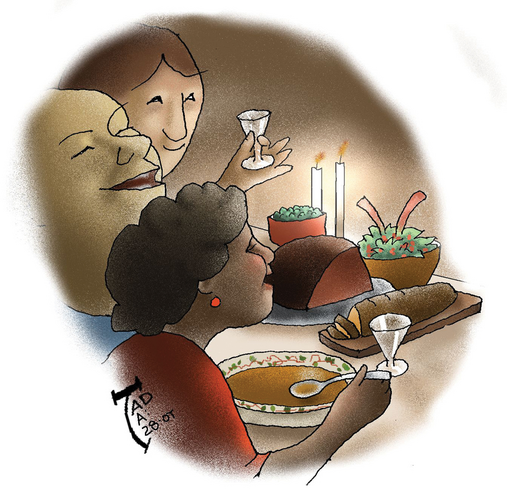 There is no more compelling image for the city of God than that of the banquet, drawing as it does on the common experiences of good food and drink. I remember the cities I have visited by the food I ate in them, so this picture of the feast resonates at a deep, human level. Feasts recall times of joy in our lives, of families gathered together eating in celebration. Isaiah envisions a future in which “the Lord of hosts will make for all peoples a feast of rich food, a feast of well-aged wines, of rich food filled with marrow, of well-aged wines strained clear.” But it gets better: “And he will destroy on this mountain the shroud that is cast over all peoples, the sheet that is spread over all nations; he will swallow up death forever.” This city you remember not only by the food and wine, but by the universality of salvation and the conquering of death.

Since everyone must want to attend, how do you score an invitation to this feast? It’s easier than you think. You’ve already been invited. Jesus tells a parable about “a king who gave a wedding banquet for his son” and sent out his slaves to invite people to the feast. Those who were called to the celebration, though, “made light of it and went away, one to his farm, another to his business, while the rest seized his slaves, mistreated them, and killed them.” This is a strange reaction to a party invitation. Who avoids a royal banquet to focus on the mundane stuff of daily life? Even more bizarre, who grabs the slaves of the king and kills them because they were offering invitations to a banquet? Jesus’ parable draws out the absurd implications of refusing God’s call.

And the nature of the rejected kingdom makes the behavior even stranger. At the heart of the City of God is permanent festivity. The church fathers attest to this: “Our whole lives are a feast day” (Clement of Alexandria); “We have unending holiday” (John Chrysostom); “Festivity is everlasting in the house of God” (Augustine); “Ours…is an eternal festival” (Jerome). God’s feast is a celebration that transcends current travails, yet the call to join the celebration is treated with indifference, disdain and finally rage.

In spite of rejection, the slaves went and found people to fill the wedding hall, “both good and bad; so the wedding hall was filled with guests.” But there is another jarring aspect to the parable, which many commentators think might reflect a secondary parable tacked on to the wedding feast. Though the slaves invited everyone, good and bad, and filled the hall, the king “noticed a man there who was not wearing a wedding robe, and he said to him, ‘Friend, how did you get in here without a wedding robe?’” This guest, invited in when others failed to respond, was at the banquet yet nevertheless lacked something. The king instructed his attendants to “bind him hand and foot, and throw him into the outer darkness, where there will be weeping and gnashing of teeth,” a traditional image in Matthew for hell.

The parable ends with Jesus’ words, “for many are called, but few are chosen” and these words bind the stories of the wedding feast and the improperly robed wedding guest together. When we examine the narrative of the parable, it is clear that “many” refers to everyone, for everyone is invited, the good and the bad; the “few” refers to those who receive the invitation and genuinely accept it, who are chosen by freely choosing God. But to be chosen, it does not suffice to be called. Even more, once one answers the call, one must choose to be ready for the festival, to be prepared for the joy, to dress for the event.

The point of Jesus’ final line is not to minimize the number of the saved, but to point out that there are fewer who respond to, persevere in and prepare for the kingdom than are invited. Everyone is invited, everyone is welcome, but the decision as to whether you come or what you do when you arrive is up to you. Get ready, though, for it’s not just the party of the season, or the century; this is the party of eternity.

This article also appeared in print, under the headline “Invitation to the Feast,” in the October 6, 2014, issue. 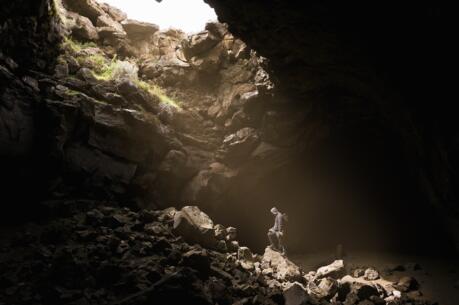 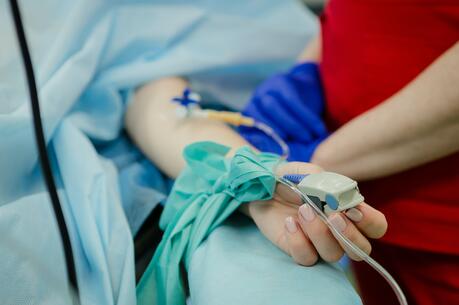 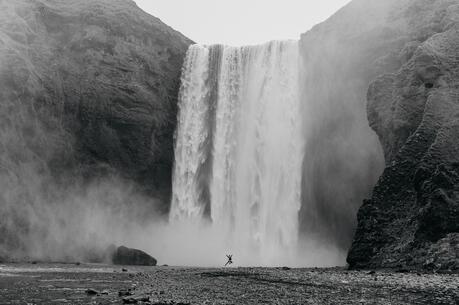 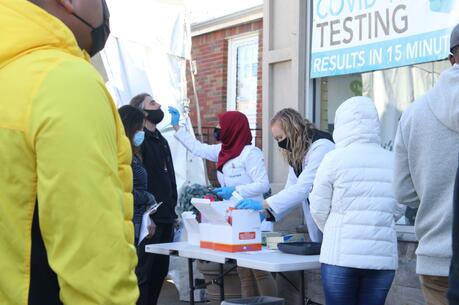