What Do We Mean by 'Catholic Education'?

What Do We Mean by 'Catholic Education'? 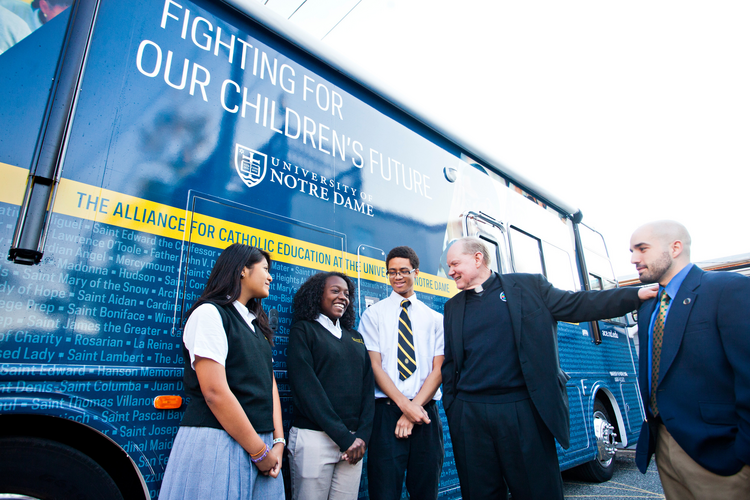 When we speak of Catholic education, we often do so without making important distinctions.

There are Catholic grade schools, high schools, colleges and universities as well as law schools, medical schools and business schools. Each has a different kind of student at a unique time in life and, depending upon the focus of the program or school, a different course of studies. Some Catholic schools are in poor areas in the inner city, while others are in affluent neighborhoods in the suburbs. But these distinctions are rarely noted when we talk about Catholic education. We often speak of "Catholic education" as if it's all the same territory, as if the reality of Catholic education holds a content that can be applied relatively easily across institutions and curricula, and as if everyone involved in the project knows what it means.

But what does "Catholic education," for example, mean within a context where many (if not most) of the students (and in some cases faculty) lack religious formation, where belief in God cannot be taken for granted? In Porta Fidei, Pope Benedict XVI said:

[W]e must not forget that in our cultural context, very many people, while not claiming to have the gift of faith, are nevertheless sincerely searching for the ultimate meaning and definitive truth of their lives and of the world. This search is an authentic 'preamble' to the faith, because it guides people onto the path that leads to the mystery of God.

How, for example, does Catholic education connect with those in that preliminary space? What are the implications for a course of studies, and for the religious life of the school, when students receive almost no religious formation outside of campus? And how does that compare to an environment where most students possess a strong Catholic foundation, a foundation that gives them familiarity with the central practices of the faith?

What does Catholic education mean for a senior in college relative to a sixth grader? For a law student relative to an MBA student?

If a first grade teacher, a high school football coach, a law professor, and a medical student—all from different Catholic schools—were asked about the meaning and substance of Catholic education, would they agree? Would they be able to articulate a shared vocabulary, points of consensus and necessary variations? It would be an interesting project, I think, to consider how they would find common ground and what that would teach us about the multidimensionalty of Catholic education and the coherence of framing it as a K-12 enterprise.