The Return to Walden Pond 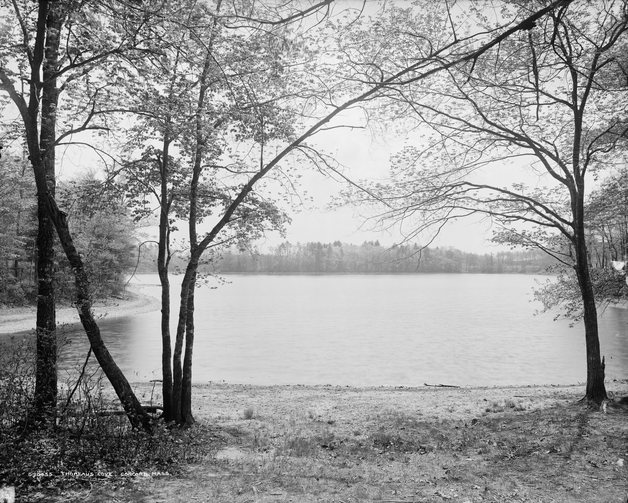 Writing in the St. Louis Post-Dispatch, Aisha Sultan writes about the renunciations of Joshua Fields Millburn and Ryan Nicodemus. They are self-described minimalists, people, as the name suggests, who shun the extravagances and waste of modern life. They are also authors of Everything That Remains: A Memoir by the Minimalists. As explained by Sultan, Millburn and Nicodemus "quit six-figure jobs nearly four years ago, got rid of most of their fancy possessions in the quest to live happier, more fulfilling lives." They "had been working 60 to 80 hours a week in corporate jobs. Now, they write, blog, speak, are making a documentary and started their own press." You can read about Millburn and Nicodemus at their blog, www.theminimalists.com.

I've certainly heard about people undergoing conversions and seeking greater simplicity, but until reading about Millburn and Nicodemus, I hadn't realized that "minimalism" was such a formalized and popular movement. It is, of course, nothing new: for many decades in the United States (and probably much, much longer across the world), people have tried to remove themselves from the excesses of civilization and find a way of being more authentic and pure. Long before Millburn and Nicodemus, Thoreau wrote:

I went to the woods because I wished to live deliberately, to front only the essential facts of life, and see if I could not learn what it had to teach, and not, when I came to die, discover that I had not lived. I did not wish to live what was not life, living is so dear; nor did I wish to practise resignation, unless it was quite necessary. I wanted to live deep and suck out all the marrow of life, to live so sturdily and Spartan-like as to put to rout all that was not life, to cut a broad swath and shave close, to drive life into a corner, and reduce it to its lowest terms, and, if it proved to be mean, why then to get the whole and genuine meanness of it, and publish its meanness to the world; or if it were sublime, to know it by experience, and be able to give a true account of it in my next excursion.

Ancient or not, the project is intriguing. The thought of owning less, buying less, eliminating all the trinkets and Stuff that gets crammed into the corners of our closets; the thought of cutting off home internet, jettisoning the smart phone, living with fewer devices and clothes: it sounds appealing. But no sooner do we dwell on the delights of this downsizing than some demon of consumerism tells us it cannot be done. We fantasize about bygone days when text messages and the Internet were not constant companions, briefly wondering whether we could rely upon only a landline.

Though the motivations behind the minimalist movement are ancient, its modern practitioners offer powerful witness to the joy and peace that such simplicity brings. They remind us that something deeper is at stake, something that impacts our soul. And they turn us back to another well known call to minimalism that long predates even the project at Walden Pond:

Therefore I tell you, do not worry about your life, what you will eat [or drink], or about your body, what you will wear. Is not life more than food and the body more than clothing? Look at the birds in the sky; they do not sow or reap, they gather nothing into barns, yet your heavenly Father feeds them. Are not you more important than they? Can any of you by worrying add a single moment to your life-span?Why are you anxious about clothes? Learn from the way the wild flowers grow. They do not work or spin. But I tell you that not even Solomon in all his splendor was clothed like one of them. If God so clothes the grass of the field, which grows today and is thrown into the oven tomorrow, will he not much more provide for you, O you of little faith? So do not worry and say, ‘What are we to eat?’ or ‘What are we to drink?’ or ‘What are we to wear?’ All these things the pagans seek. Your heavenly Father knows that you need them all. But seek first the kingdom (of God) and his righteousness,and all these things will be given you besides.

Matt Emerson
Show Comments (
1
)
Comments are automatically closed two weeks after an article's initial publication. See our comments policy for more.
Beth Cioffoletti
7 years 4 months ago
If there were a "Like" button at the bottom of this article, I would click it. Would also like to add that there is another dimension to minimalism - that of silence, quiet, doing nothing. Look to Harlan Hubbard, Robert Lax, as guides.