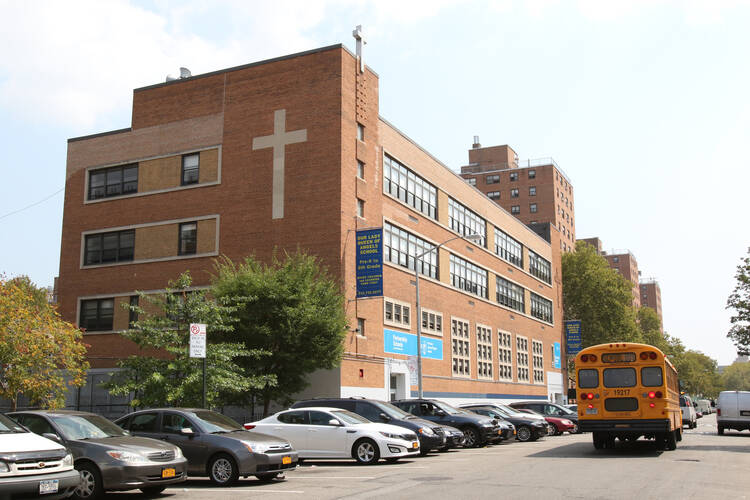 On his visit to the United States later this month, Pope Francis will visit Our Lady Queen of Angels, a K-8 Catholic elementary school in Harlem serving low-income families. The decision is consistent with the priorities that Pope Francis has set for his papacy. The Los Angeles Times reports:

Francis chose to come to the Harlem school on Sept. 25 in large part because its student body — largely immigrant and underprivileged — reflects the population he sees as most deserving of attention and assistance. It sits at the heart of the predominantly Latino and black neighborhood and is an appropriate setting for a pontiff who has spoken movingly about poverty and immigration and warned about the corrosive effects of capitalism.

It is an area that has been overlooked by or spared — depending on your point of view — the gentrification that has rampaged across much of Harlem.

"That's why I liked this neighborhood. It wasn't like the new Harlem," said Sherwin Robinson, who moved onto the block a year and a half ago and will have a front-row seat to the papal visit from the steps of his brick apartment building directly across from the school.

Our Lady Queen of Angels is one of six Catholic elementary schools in Harlem and the South Bronx managed under an agreement with the New York Archdiocese at a time when Catholic schools — seen by Pope Francis as crucial to his mission of serving the poor — are facing extraordinary challenges.