Should Shakespeare be translated? 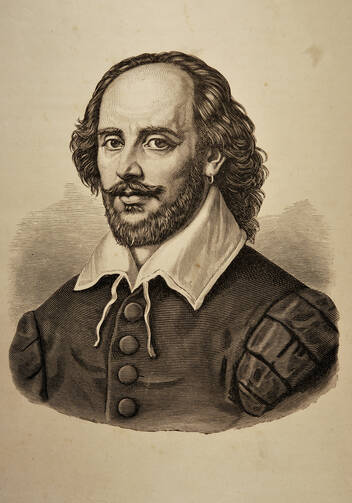 At the Wall Street Journal, Prof. John McWhorter ("A Facelift for Shakespeare") makes the case for a "translation" of Shakespeare, endorsing the plan of the Oregon Shakespeare Festival to publish Shakespeare's 39 works into modern English. According to McWhorter:

Most educated people are uncomfortable admitting that Shakespeare’s language often feels more medicinal than enlightening. We have been told since childhood that Shakespeare’s words are “elevated” and that our job is to reach up to them, or that his language is “poetic,” or that it takes British actors to get his meaning across.
But none of these rationalizations holds up. Much of Shakespeare goes over our heads because, even though we recognize the words, their meaning often has changed significantly over the past four centuries.

After giving a few examples, he asks:

It is true that translated Shakespeare is no longer Shakespeare in the strictest sense. But are we satisfied with Shakespeare’s being genuinely meaningful only to an elite few unless edited to death or carefully excerpted, with most of the rest of us genuflecting in the name of “culture” and keeping our confusion to ourselves? Should we have to pore laboriously over Shakespeare on the page before seeing his work performed?

Some purists will likely rue this development, but having tried to teach Shakespeare myself, it's tough to see so many students hold such a negative view about Shakespeare because of the unfamiliarity of the language. This doesn't mean the original text should be discarded. Students should be taught how to read carefully, consult annotations and appreciate the evolution of English. But for the large sector of students and general readers of all ages who don't want to put in the time for such critical engagement, these new translations may deliver what people who truly love Shakespeare often most cherish in his works: a grappling with the essential contours of human nature, an excavation of the human spirit in all its forms.

See here to read the rest of McWhorter's essay.

Matt Emerson
Show Comments (
1
)
Comments are automatically closed two weeks after an article's initial publication. See our comments policy for more.
JR Cosgrove
7 years 1 month ago
I am going to take the side of the Shakespeare purists. Because Shakespeare is accessible if one makes the effort. I have seen several Hamlets after reading the text carefully and one of the bests is by Mel Gibson. As a graduate student awhile ago, I went to the campus movie to see Henry V on a Friday night, the version with Laurence Olivier. I was baffled by what was going on in the movie. I was a math major and paid little attention to literature as an undergrad. But the next morning I went to the campus book store and bought a copy of Henry V, one of those which explains the text on the side. I read it carefully that day and finished it just before movie time on Saturday night. Watching the movie a second time was one of the most memorable experiences of my academic life and one where efforts paid off so soon. St. Crispin's day rings so true to me today and would be lost without the rhyme and meter of Shakespeare. The lines

This story shall the good man teach his son; And Crispin Crispian shall ne’er go by, From this day to the ending of the world, But we in it shall be remembered- We few, we happy few, we band of brothers; For he to-day that sheds his blood with me Shall be my brother; be he ne’er so vile, This day shall gentle his condition; And gentlemen in England now-a-bed Shall think themselves accurs’d they were not here, And hold their manhoods cheap whiles any speaks That fought with us upon Saint Crispin’s day.

would be kept or what? To just be another set of lines that was easily understood but had little relevance. Potentially eviscerating one of the great speeches of all time when done by Olivier. But the proof is in the pudding and maybe some translations might work. Have to listen but am skeptical. Where would all those quotes go by you know who when they were updated?