Where Is The Spirit?

Twenty-Sixth Sunday of Ordinary Time (B)

On October 11 the Catholic Church and, indeed, the broader world will celebrate the 50th anniversary of the opening of the Second Vatican Council. For some of you this date is simply an historical fact, others remember it vaguely while others experienced its profound impact on changing what was viewed as a changeless, immutable church. Mass was in English, the priest faced the people and the air was filled with talk of renewal and reform and reconciliation. (It was like a second Pentecost for the church.)

For me as a Jesuit seminarian, it was to change our entire formation, recreate our sense of church and renew our understanding of mission.

When the council ended it was clear something of great importance had happened. Its impact hit every Catholic most immediately in the liturgy, as mentioned; but there was much more.

For the first time in history Catholics were encouraged to foster friendly relations with non-Catholic Christians and even to pray with them. Doctrines that had divided churches for centuries were revisited. Catholics in the United States rejoiced that the council for the first time affirmed the principle of religious liberty and had officially repudiated all forms of anti-Semitism. And on college campuses religion departments became theology departments!

Important those these issues were, there were others of equal importance such as how was change to come to an institution whose identity was based on proclaiming in unadulterated fashion, teaching millennia old? Another issue was the relationship of the papacy with others in the church—bishops, priest, theologians and the laity itself. One of the most practical issues was how to deal with realities that the church condemned over the years. Could and should the church seek reconciliation with them?

In his opening address Pope John XXIII distanced the council from the scolding and suspicious attitude towards the world that everything modern was bad. Rather he urged the fathers to engage with the world so as to work together for positive outcomes, saying it should make use of mercy rather than severity and condemnation.

From the beginning, the council was an act of faith and an opening for new stirrings of the Holy Spirit. As The Church In The Modern World notes: “the church, which is both a visible organization and a spiritual community, travels the same journey as does all humanity and shares the same earthly lot with it.”

This golden jubilee is an appropriate time for the whole church to assess where the people of God find themselves today in their pilgrimage through history. What has been accomplished, what discontinued, what short-lived?

A recent survey by U.S. Catholicfound 89% of those polled said that the reforms of Vatican II have had a positive effect on their own faith lives, especially in the areas of liturgy and the increased involvement of lay people in the work of the church.

Having said that the survey also found that a strong majority—81%—feels that the church has started to move away from the reforms enacted by the council. While lauding the efforts of the council to bring the church into conversations with the modern world in the 1960s, many express concerns for the future, especially in the areas of social, liturgical and sexual issues that need to be addressed.

Indeed, what new stirrings of the spirit do we experience within the church today, within the world?

And this reference to God’s spirit is the suitable segue to connect with today’s readings.

There are two major themes at play. The first concerns the spirit of God: Does God confine the gift of his spirit to authorized channels only? We see in both the Old Testament reading and the gospel that overzealous people urge both Moses and Jesus to stop unauthorized ministries—both Jesus and Moses refuse to do so.

The spirit cannot be confined to regularly appointed offices. Its freedom to blow where it will is a pointer to the day when the whole people of God will prophesy—an aspiration that Christians can see fulfilled at Pentecost.

Or to put it another way: Moses understood that God is the one who chooses those on whom the spirit will rest. Both Jesus and Moses make clear that when God acts through someone, we are not to judge or thwart their efforts, but to accept and respect God’s working through whomever God chooses. (This was abundantly evident during Vatican II).

It means, then, taking on both Jesus’ single-minded focus—to do anything for the sake of the kingdom; and his open-minded acceptance of all good works and all the good people who are bringing this kingdom about.

In today’s gospel, Mark blends these two themes. His arrangement has the effect of making the sayings against offenses—the cutting of bodily pieces—a comment on the episode of the unauthorized exorcist. To forbid the exorcist would be to cause one of ‘these little ones’ to stumble, an effect to be avoided at all costs.

For in Mark’s gospel, “the little ones” are not children. They are Jesus’ newest adult followers whose loyalty and belief in him are Jesus’ concern. Anyone who would shake this loyalty was deserving of capital punishment.

The comments of Jesus about sources of disruption to personal loyalty reflect first-century Mediterranean psychology, which was based on the external dimensions of life.

It should be noted that the Hebrews viewed human beings as consisting of three interlocking zones symbolized in parts of the body. Hands and feet symbolize purposeful activity, while the eye paired with the heart symbolizes the zone of emotion, reflection and proper action. So if any of these scandalize one of these little ones, you must take serious action to halk the damage.

Jesus’ point is that no matter how painful, any effort to insure loyalty to him in this life is far less painful than the punishment for disloyalty to be administered in the world to come.

To our own experience, we tend to live in closed circles of people because of comfortableness, like-mindedness and shared values and beliefs. Jesus challenges us to “cut…off” from our manner of living any attitudes or behaviors that keep us from recognizing God’s presence in a broader circle. 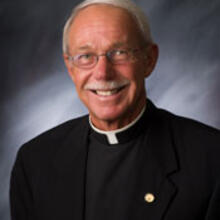