The drive to succeed is hurting our kids—and their faith. 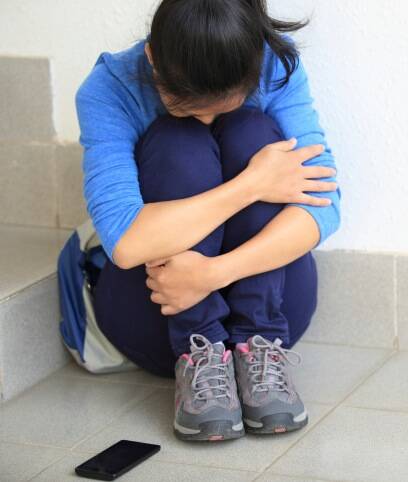 Taylor Chiu didn’t describe her mother as overly pushy or strict, though, clearly, her mom had high expectations of her daughter. Once, when Taylor mentioned that parents of other students paid them $20 for every “A” they earned, her mom responded, “Why would we pay you? It’s just what we expect of you.”

Taylor went to high school in Palo Alto, Calif., an affluent area, where garnering grades and SAT scores that earn entrance into elite colleges is only part of “what we expect.” So, too, are extracurricular activities, like the water polo team, which Taylor joined. And,

when the water polo season ended, she joined the swim team. Most school days, she would swim from 6 to 7 a.m. After school she’d go to swim practice, then to play rehearsal until 7 p.m., then home to study. Wedged in somehow were two band practices a week plus her Girl Scout meeting. Her parents were proud, but she began to focus on how it was dark every morning when she left her house, and dark when she came home at night. The words she used at the time to talk about how she was feeing were so mundane that you could be forgiven for glossing right over them—stressed, tired—but when she went on runs over the weekends, she’d often start to sob. “I was exhausted to the bone,” she said. “I remember just not being happy about anything, and I just couldn’t make it slow down. And I thought there would never be any escape” (71).

Her freshman year in high school, following an “F” on a geometry test, Taylor Chiu tried to kill herself by overdosing on Advil. She survived, but, in the December Atlantic, Hanna Rosin reports that the 10-year suicide rates for Palo Alto and nearby Gunn High School are between four and five times the national average.

In fact, the percentage of kids in richer school districts who smoke, drink or use drugs is significantly higher than in poor, or average, income areas. Suniya Luthar, an assistant professor in Yale’s psychiatry department, thinks she knows why. The more prosperous the parents, the more they expect of the child. In fact, the children of successful parents “report clinically significant depression or anxiety or delinquent behaviors at a rate two to three times the national average.”

One of two major causes of distress was

the “pressure to excel at multiple academic and extracurricular pursuits.” In one study, for example, kids were asked to choose and rank their parents’ top five values, from a list of ten. Half of the values were related to achievement, (“attend a good college,” “make a lot of money,” “excel academically”) and the other half to well-being and personal character (“are honest,” “are kind to others,” “are generally happy with yourself and your life” (62).

In Luthar’s research, there was a solid correlation between students choosing a high number of achievement goals and the experience of personal distress.

Is wanting our kids to be winners too much to expect? And, does what we expect say something about our faith? Is our faith akin to that Simon Peter? We follow Jesus. We have no reason not to trust him, but the world is the world and we’d best look after ourselves. We know how to fish. We need to be in higher income brackets; our children must go to the right schools; we must be in control of life’s challenges.

The temptation for any parent is to reduce the child to an extension of the self, with all its hopes and fears. Yet trying to be Lord of our own lives is exhausting, and what do we teach our children? That faith is for Sundays; that the rest of the week is for getting ahead?

It’s easy to say, but trusting God is what it means to believe. It’s what distinguishes a disciple from a doubter. Do we truly believe that God loves us, that all will be well in the end, that we can “put out into deep water” and that life will respond with goodness?

Faith isn’t one more skill to acquire, one more accomplishment to collect. It’s a giving away of the self to one whom we cannot see. Christ does not pay the bills or keep us insured. Compared to the facts of life, the Gospel seems a fantasy. That’s why faith is so easy to talk, so hard to live.

What was the second major cause of stress in affluent young people? They feel remarkably isolated from their parents. Everyone is so busy succeeding. No one finds time for God’s goodness. Faith takes time, yet faith creates time because those who trust can get off the treadmill.

To live the life of the Gospel is deep water indeed, but fish for yourself and you’ll catch only frustration. And how does one live in faith, except to pray and to start? Then start again and pray some more. We’re baptized only once, but we return weekly to be nourished by word and sacrament, because trust takes time.

Terrance Klein
Show Comments (
2
)
Comments are automatically closed two weeks after an article's initial publication. See our comments policy for more.
William Rydberg
5 years 10 months ago
"On Sunday you will find her in the Church praising the Lord. On Monday, she's as busy as a Ford..." ...Eddie Cantor (1920?). Point is this attitude has been in contemporary North American Adult society for more than 100 Years. Now its crossed over to the kids.
Edwin Steinmann, JD
5 years 10 months ago
The Gospel didn’t work for me; I didn’t find it credible. I didn’t start trusting until I paid attention to a dream for the first time ever, at 42, and realized that the “dream-creator” had imaged “hirself” (himself, herself, itself) as my Creator in the dream. Now what/who can do that? Can create a dream and image hirself as God? And induce not only trust, but love and joy also? And what should we be teaching our children in addition to the Gospel? (My thoughts at: www.graceinawintryseason.com)