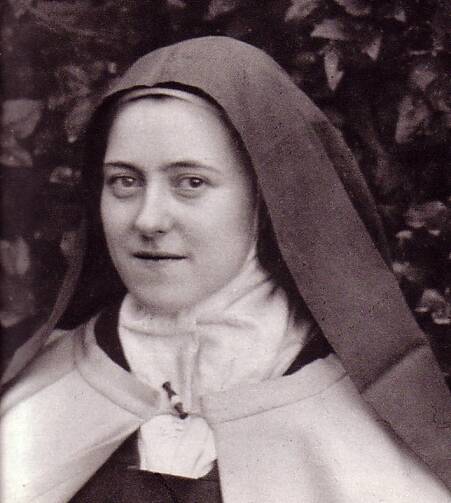 When I first moved away from home, to attend a Catholic high school as a boarding student, my cousin, who had briefly explored religious life as a sister, gave me a vinyl-covered, small blue book of many pages. It bore the title, The Practice of Mental Prayer.

Thomas More Prep, the school that I attended, was an interesting experiment of the Capuchin Franciscan Friars. Two years earlier, they had combined two high schools, their military academy and their minor seminary. It was the early 1970s. The value of minor seminaries had been challenged, and, being the ’70s, these sons of St. Francis had questioned why they were running a military academy.

The school I attended was a potent brew of the two. There were daily Masses and an annual retreat. I had a spiritual director and was encouraged to pray by myself in the chapel. Of course, the place had been a military academy two years earlier, so the upper classman still compelled frosh “to drop and give them 10.” The “cure” for homesickness was administered by the seniors, who volunteered to play the freshman in a game aptly called “war ball.” It’s quite difficult, while under fire, to dream of home.

I often went to the chapel by myself. It was quiet, and I came to love the wooden corpus hanging on the cross. For those four years, this was my Christ, this young man crucified, here in this place of youth.

But back to the book, The Practice of Mental Prayer. I left it in the back pew, ready to read when I came to chapel. I didn't use it much.

It’s strange, the stumbling blocks we hew for ourselves. I was a Boy Scout who never got the Catholic Ad Altare Dei award, because I couldn’t make any sense of the question, “What did faith mean for Abraham?” How would I know? I didn’t know what faith meant for me, and I had never met the patriarch.

In high school, that phrase “mental prayer” flummoxed me. What made prayer “mental”? Was this a prayer practiced by smart people? I thought of Brainiac Five, the 30th-century descendant of the original Brainiac, Superman’s 20th-century archvillain. Unlike his evil ancestor, Brainiac Five was good. He befriended Superboy when he travelled to the 30th century. (Wonderful thing about the internet. Recall something long past, and someone has posted about it).

I didn’t see how this book was going to change my brain and make me do “mental prayer.” I don’t think that I ever got beyond the first or second chapter. The book would remain in the chapel until the school secretary, who was 110 years old, asked if she could have it. She also frequented the chapel, and she said that it had changed her life. By then, I was a sophomore and the book had not made me a Brainiac at prayer. “Sure, take it.”

However, cleaning out a closet—whether I had volunteered or been assigned, I can’t remember—I had come across another book, one that made so much more sense. It replaced the Boy Scout Manual as my go-to text. It was a paperback of Saint Thérèse of Lisieux’s Story of a Soul. Writing the book, Thérèse had been only a decade older than I was when reading it.

Thérèse had attending a boarding school, and Thérèse “wasn’t too good at playing games.” But she “did love reading very much.” And Thérèse wrote:

At this time in my life nobody had ever taught me how to make mental prayer, and yet I had a great desire to make it. Marie, finding me pious enough, allowed me to make only my vocal prayers. One day, one of my teachers at the Abbey asked me what I did on my free afternoons when I was alone. I told her I went behind my bed in an empty space which was there, and that it was easy to close myself in with my bed-curtain and that “I thought.” “But what do you think about?” she asked. “I think about God, about life, about ETERNITY…I think!” The good religious laughed heartily at me, and later on she loved reminding me of the time when I thought, asking me if I was still thinking. I understand now that I was making mental prayer without knowing it and that God was already instructing me in secret (74-5).

If God gave us Franciscans to remind us that it’s possible to live Gospel joy without fretting about wealth, then God gave us Carmelites to know that communion with God is possible in this life, not just the next. We were made for union, for life lived with God. How sad, that most Christians think that prayer exists only to pose our petitions. Abraham entertained angels, without knowing it. Martha and Mary were both saints, but Mary discovered that Jesus could be hers on this side of the grave.

Until Thérèse told me, I hadn’t realized that looking at that crucifix with longing and love was prayer. I thought the spiritual life was only a series of recited prayers and petitions. Thérèse would go on to teach me to frolic with her and Jesus in Disney-esque castles and to sail on ships through the skies.

Once, I asked Thérèse if I could kiss the Blessed Mother. It made her nervous, so I dropped the idea. Yes, psychology would have much to say about Thérèse and me, but none of that changes the fact that she became my high school friend and teacher. She did. She simply did.

St. Paul quite accurately penned his vocation, and the calling of the church, when he said that it was

to bring to completion for you the word of God,
the mystery hidden from ages and from generations past.
But now it has been manifested to his holy ones,
to whom God chose to make known the riches of the glory
of this mystery among the Gentiles;
it is Christ in you, the hope for glory (Col 1: 25-27).

If only there were more Capuchins to mock our love of money, and more Carmelites to coax us into prayer! I don’t underestimate the power of a clever sermon or a good book, but the Lord sends laborers into the fields, not books. Christ didn’t come as a text; he came as a man.

Think about it. Men and women in Palestine heard him preach and watched him live, but, even earlier, little kids in Galilee played with him, laughed with him, lost themselves in imagination with him. Life with God doesn’t wait for death. Oh no! Create the smallest of openings, and Christ can put Peter Pan to shame.