The Second Letter of Paul to the Thessalonians Online Commentary (1) 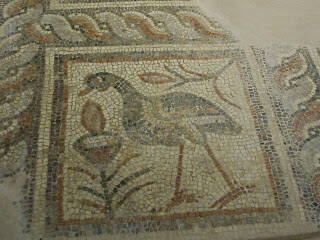 Two of the tasks I have set for my blogging have been to present biblical studies in a format that is both accessible to a wide readership online and that steers clear of unnecessary controversy in order to present to this wide readership, which is theoretically an unlimited and ecumenical audience, information that allows readers to better engage and understand the Bible.  Beginning in January 2012 and ending in March 2013, I blogged a commentary on the Gospel of Mark, available at the Bible Junkies blog and at America, which will be published in e-book and paperback sometime in early 2014. I completed this task in March 2013. From March to May 2013, I blogged a commentary on the Letter of Jude and links to each entry are available here. From May to August 2013, I wrote a commentary on Paul’s First Letter to the Thessalonians.

The fourth online Bible Junkies Commentary, which begins with this post, will be a study of Paul’s second letter to the Thessalonians. The differences in treatment between 1 Thessalonians and 2 Thessalonians among biblical scholars is telling, not least about the nature of biblical scholarship. Of the extant letters of Paul, those to which we have access, 1 Thessalonians is universally considered to be the earliest and to have been written by Paul with his co-workers Silvanus and Timothy. The letter known as 2 Thessalonians, however, is declared by many scholars to be deutero-Pauline, that is, not to have been written by Paul.

1 Thessalonians, therefore, is seen as significant for introducing us to Paul’s entire corpus, his style and numerous theological and ecclesial themes which will be encountered in all of his letters, while 2 Thessalonians, since it is not considered Pauline by many, is often ignored and its themes minimized or marginalized. This is a significant issue, which we will discuss throughout the whole of this commentary, since 2 Thessalonians, whatever our decision regarding authorship, remains a part of the deposit of faith, that is, a part of Sacred Scripture.

As with 1 Thessalonians this study will be in the form of a more traditional commentary, though the introductory questions of authorship, date and the location are more difficult to assess and the answer to one of these questions impacts the others. That is, if Paul is the author, the letter must be written soon after 1 Thessalonians from the same location, which I think is Corinth, but if Paul is not the author, then the date and location of where the letter was written become much more complex issues. The problems concerning whether a letter is written by Paul are all best dealt with concretely and not abstractly, which means that as well as dealing with them as introductory matters, they will be dealt with in the context of the study of the letter itself.

As was the case with 1 Thessalonians, something must be said about the distinction between an “epistle” and “letter” with which some readers might be aware. This distinction goes back to the work of Adolf Deissmann (see New Jerome Biblical Commentary, 769).  A letter in this categorization is defined as a private, non-literary correspondence, while an epistle is a communication that is more literary in character, not necessarily occasioned by a particular event or situation and intended for a public audience. I will be using the terms interchangeably, since I consider that all of the letters in the New Testament, including the Pastoral epistles, were intended for public, not just private reading and that there is no definable difference between the literary character of “letters” and “epistles” in the New Testament.

Letters (or epistles) in the wider Greco-Roman world basically had four parts, though these can be sub-divided in numerous ways. The four basic parts are as follows:

Scholars of Paul often offer a number of other subdivisions and I will give a couple of examples to make this clear:

4)      Body of the Letter (usually in two parts, theoretical and practical)

3)      Body of the Letter (Paraenesis: Ethical Instruction and Exhortation)

For the letters of Paul, I have created a hybrid scheme based on the work of these scholars and my own understanding of Paul’s letters, though not every one of these elements is present in each of Paul’s letters:

b) Thanksgiving: This often contains intentions for the entire letter and a prayer for the recipients;

3c BodyoftheLetter: often contains two parts, though not necessarily neatly divided: a) theological teaching and instruction, especially regarding errors in belief and practice; b) Paraenesis: Ethical Instruction and Exhortation;

d) ClosingoftheBodyoftheLetter: Closing commands, often with the promise of a visit and greetings;

e) Closing: Conclusion might contain some or all of these elements: a) peace wish; b) greetings; c) kiss; d) close (grace; doxology; benediction) (Roetzel, 53-54;Ziesler, 7)

2. The Background to Paul’s Activity in Thessalonica

A) The History of the Mission to Thessalonica:Paul and Barnabas launch the first missionary journey at the instigation and guidance of the Holy Spirit (Acts 13:1-3). We have no letters which survive from this time period, which dates to the late 30’s and early 40’s.The 2ndMissionary Journey (Acts 15:40 –18:22) begins with the “sharp disagreement” between Paul and Barnabas concerning, it seems, the role of John Mark. Paul travels on and connects with Timothy and Silvanus at some point. They go to Phillipi, Thessalonica, Beroea, Athens and Corinth. This is when we first start to get letters from Paul’s hand, and those of his co-workers. 1 Thessalonians is the first of these letters. Although a number of scholars do not see 2 Thessalonians as being written by Paul, it is my belief that it is and that it is written not long after 1 Thessalonians, though I will make arguments for this assessment throughout the commentary.

B) The Founding of the Church:Paul, along with Barnabas and Timothy, went to Thessalonica on the second missionary journey, departing from Philippi.  They stayed in Thessalonica, which was a predominantly pagan community, but with a Jewish population, for a period of time which is undisclosed. The time period is certainly not the three weeks some scholars attribute to them on the basis of Acts 17: 3, which simply indicates the length of time Paul spent debating with the Jews in the Synagogue. Paul himself founded the church at this point (see 1 Thess. 1:4-10).

C) The Situation in Thessalonica:  Paul and Silas left Thessalonica according to Acts of the Apostles when some of the Jewish population became disturbed by his preaching and joined with a pagan mob to seek out Paul. They did not find Paul or his companions, but they “attacked Jason's house” and then “they dragged Jason and some believers before the city authorities” (Acts 17:5-6). Paul, Timothy and Silas all arrived in Beroea, to the west of Thessalonica, and found a warm welcome from the Jewish community there. Some of the mob from Thessalonica followed them to Beroea, however, and according to Acts Paul was taken from the city to the coast and then escorted to Athens. Timothy and Silas followed Paul and left Beroea a short time later and met up with Paul in Corinth, to which he had traveled after a lukewarm reception by the Greek philosophers in Athens.

The first letter to the Thessalonians is sent from somewhere in Greece, most likely Corinth, as Paul went there after his time in Athens. We can actually date this period with some certainty: 1 Thess. 2:17-3:13 shows that Paul was not long removed from the Thessalonians when he sent Timothy back to check on them from Athens. A sojourn in Athens is only accounted for in Acts 17 between Beroea and Corinth. Timothy and Silas had arrived from Macedonia some time earlier, prior to Gallio becoming proconsul in Corinth, which he was from the Autumn of 50 to 51 CE. Since Paul writes to the Thessalonians soon after Timothy and Silas left Thessalonica, and before Gallio was proconsul of Corinth, we can date this letter to the year 49 or early 50.

2 Thessalonians is harder to date, since we do not know Paul’s own location at the time or how soon it arrived after 1 Thessalonians. If it is written not long after 1 Thessalonians, though, it is probable that Paul is still in Corinth (where he stayed for 18 months) and so the letter would be dated to 51. The second letter to Thessalonica suggests a worsening situation in the Church not long after Paul had written to them, with concerns arising especially over confused views of the second coming of Jesus.

Michael Gorman proposes these developments in the overall Thessalonian situation:

It does seem that lying behind all of the problems in the Church in 2 Thessalonians is confusion regarding the nature of resurrection, the second coming of Jesus and how the Church is to respond to this future hope and promise.

Next entry, we begin to look at the content of the letter and consider initially the issues of authorship.