The Letter of Jude Online Commentary (4) 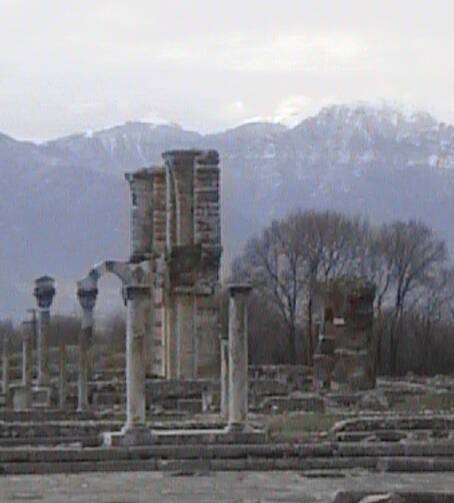 In the first installment, I set out the traditional Greco-Roman letter format and looked at the “Judases” and “Jameses” in the New Testament. There seemed to be only one good option for whom the Judas/Jude to whom this letter is attributed could be, the Judas/Jude who is the brother of Jacob/James and Jesus.  In the second installment, I weighed the arguments on authorship and decided the best evidence does indeed point in that direction. I then looked at what this means for the date of the letter and the location, or place, in which the letter was written.  In the third installment, I examined the salutation, verses 1-2, in which I studied the letter itself, the reasons the letter was sent, and the goals of the letter.

The salutation is found in the first two verses and in a typical Greco-Roman letter, this would be followed by a Thanksgiving, as noted in the first entry. It is not precisely a Thanksgiving which follows the salutation here, however, but more of a statement of purpose or a statement of occasion and theme (see Schreiner and Keating). Occasion, purpose and themes often appear in a Thanksgiving, but since these verses are missing the basic “I give thanks for…” trope, I will follow the majority of commentators and omit the word “Thanksgiving.” I call these two verses, “Reason for Writing.”

3 Beloved, while eagerly preparing to write to you about the salvation we share, I find it necessary to write and appeal to you to contend for the faith that was once for all entrusted to the saints. 4 For certain intruders have stolen in among you, people who long ago were designated for this condemnation as ungodly, who pervert the grace of our God into licentiousness and deny our only Master and Lord, Jesus Christ.(NRSV)

There was a change of plan in the content of this letter judging from v.3. The initial idea was to write about “the salvation we share,” but Jude now finds it “necessary to write and appeal to you to contend for the faith that was once for all entrusted to the saints.” The NRSV gets across the meaning of the Greek, but I believe that the meaning of this verse is expressed more fully in Patrick Hartin’s translation. Hartin translates v. 3 in this way:

“Beloved, although I was making every effort to write to you about our common salvation, I now feel a need to write to encourage you to contend for the faith that was once for all handed down to the holy ones.”

The Greek actually uses a few participles in v. 3, one of which appears in the NRSV translation as “preparing,” I find Hartin expresses the ongoing  and active nature of Jude’s concerns better by translating the participle in this case as “making” (it is also a more literal rendering of the Greek verb poieô). The second participle, which the NRSV translates as “appeal,” Hartin translates as “to encourage.” While either is possible, I prefer “to encourage,” since exhortation is at the heart of ancient Christian epistles. He also translates better the phrase “eagerly” as “every effort.” The word “every” (pasan in Greek) is lost in the NRSV translation. In addition “common salvation” is a superior translation to “the salvation we share.”  “Entrusted” is a decent translation of paradotheisê, the third and final participle in this verse, but this aorist passive participle is based on the verb paradidomi, which means “to hand on”, or “to give over.” It has the technical meaning of “handing on tradition.” Hartin keeps this sense of the active “handing on” of the faith. Finally, I find that translating hagioi as “saints” can be confusing, since many current readers see it as exclusive, referring to those the Church has formally defined as saints. Jude, like Paul and the early Christians in general, intends hagioi to include all Christians and so “holy ones” encourages us to see every Christian included in this exhortation.

Both translations, though, point to the occasion for the letter and, more than that, the fact that this was an actual letter. Jude intended to write for a community of Christians, but the shifting situation on the ground made it necessary to change the topic of the letter. A letter which was to focus on the “common salvation” of the writer and recipients has now become a matter of exhortation to the recipients to maintain the traditional faith passed on to them. Indeed, they are encouraged “to contend” for the faith, an image from athletic contests which challenges them to “win” this encounter.

The reason for the change of topic is discussed in v. 4. Some “intruders” have come into the community who “pervert” God’s grace into “licentiousness” (aselgeia). Licentiousness here does have the strong sense of sexual misbehavior. There is no other information given here about concrete behaviors, but it is possible that some of the literature Jude cites later in the letter could be read in terms of the actual practices that these “intruders” engage in. The “intruders” are also accused by Jude of denying “our only Master and Lord.” Again, it is difficult to know if this is an outright denial of Jesus as Lord or whether it is a different understanding of who Jesus is. It is hard to believe it could have been a blanket rejection of Jesus himself, unless this rejection was hidden behind the secrecy that brought them to the community and then later revealed.

As to who is meant by “intruders,” that is difficult to determine. How long have they been a part of the community? How did they “steal” in? Was there secrecy or false pretenses? Have they simply revealed their beliefs and behaviors after becoming a part of the community? This suggests that they were “outsiders” who came in, but it is also possible that they were “insiders” who by revealing themselves in belief and practice have shown themselves to be unworthy, according to Jude, for membership in the Church. Possibly, there can be some determination on who the “intruders” were in the context of the whole letter. This, of course, might simply be a problem for us; the simple manner in which Jude writes indicates that the Church long ago would have known who was intended.

There is still one element of v. 4 which has not been discussed and that is that these intruders were “people who long ago were designated for this condemnation as ungodly.” As William Brosend has written, this charge accomplishes two things: it indicates that God is in charge and though these “intruders” might seem to have influence now, their condemnation is already foretold; and it places the weight of tradition on the side of Jude and the Church for he has knowledge that “long ago” these “intruders” were set apart, so Jude represents what is “old” and traditional and not innovation. The ancient world generally considered what was new as problematic.

In the coming verses, Jude will continue writing in terms of this “ancient context,” drawing on examples from the Old Testament and other non-canonical works to prove his point.