If a Lion Could Speak 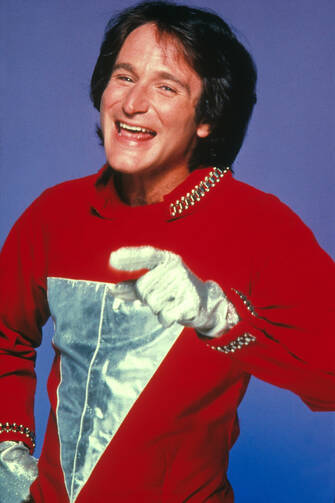 Ludwig Wittgenstein, the twentieth century’s great philosopher of language, famously wrote, “If a lion could speak, we would not be able to understand him.”  That’s how he debunked the very possibility of science fiction’s “universal translator,” the instrument we would presumably, someday, use to converse with aliens.  Anything can be translated, more or less, from one language into another.  Wittgenstein said that this was possible because all human languages are based upon our common humanity.  All humans hunger, feel pain, know joy and boredom, which is why our experiences can be translated from one language to another.  But what do we know about the world of the lion, which is to say, as the lion herself experiences it?  What can we make of her power to smell?  Do we even inhabit the same world as those who walk upon it with four feet?

If one understands Wittgenstein, the challenge in meeting an alien from outer space would be much greater than linguistic translation.  It would be deciphering a totally alien world into something resembling our own, because a true alien would be just that, something utterly unlike what we are.

Think about it.  Most all of the aliens who populate our science fiction are rather familiar.  They walk on two feet; the majority of their senses are located on their heads; they come in male and female versions.  Not all that creative, given how many creatures, on our earth alone, differ from us in those regards.  Our fictional aliens are, more or less, green versions of ourselves, with elongated heads and ears.

Nothing wrong with our facsimile aliens.  They aren’t the absolutely foreign, which would only bewilder us, but our imagined aliens perform a great service, because they reset our humanity. Tinkering with it a bit, they allow us to see it anew, from a different perspective.

Consider that most amiable of aliens, Mork from Ork, the celestial explorer sent here to learn our ways.  As Robin Williams gave him to us, Mork was never truly alien.  Indeed, he was what we wanted to be, innocents à la Rousseau, what we might have been before the Fall.  To make Mork, take away Original Sin, then add an irrepressible joie de vivre.

Mork: If Holly liked him so much, how come she punched him and told him he was weird.
Mindy: Boys and girls often punch or push or hit each other as a sign of affection.
Mork: Punching and pushing and calling someone names means you like them?
Mindy: Yeah, it can.
Mork: Then the cowboys and Indians are lovers?

Of course you still wouldn’t have the Mork that Robin Williams gave us.  For that, you need to throw in a dash of the manic.  Williams could magnify, and with a swiftness that astounded, the multiples which divide the human heart.  Once, when Mork’s emotions were out of control, his solution was to introduce them to Mindy’s emotions.  He told them, “OK guys, come on over here.” He mimed a football huddle before screaming “Right!”

He then leaped back over to Mindy, who asked, “Well?

Great actors give us back to ourselves.  In being alien, in not being who we are, but in being something terribly close to it, they help us to find ourselves.  Think of William’s Mrs. Doubtfire: a more whimsical old widow than any one of us, yet drawing upon depths from which any man might learn.  In role after role, comic or serious, Williams showed us who we want to be, who we could be.

There’s a reason the human imagination is peopled with space aliens, fairies, hobbits, and wizards.  They reflect a fundamental truth about what it means to be human. We were created to go out of ourselves, to complete ourselves in the world that lies before us, in its denizens, which at first seem so very strange.  Isaiah foresaw

foreigners who join themselves to the Lord,
ministering to him,
loving the name of the Lord,
and becoming his servants (56:6).

Saint Paul gloried in being “the apostles to the gentiles” (Rom 11:13), imitating his Lord, who ministered to the Canaanite woman (Mt 15: 21-28).  We take those outward movements for granted, forgetting what radical graces they were. To find ourselves in those who are other than we, to embrace them in loving difference, is both Gospel injunction and human call.  Otherwise, something within the human heart withers; it fails to bear fruit.

The suicide of Robin Williams is so unsettling.  Like all such deaths, it can only be explained as mental illness, a weakness to which our flesh is prone, yet human beings don’t easily distill into categories of sin and sickness.  Pathology doesn’t fully explain sorrow, loneliness, and alienation.

If only something within the world could have found him at the right moment, some of that joy and contentment he gave to others.  Our faith tells us that this world can never fully meet that need.  We were created to take all that it offers and still to hunger for more.   We were fashioned to know and to love that which, alone, is truly alien, because it has not been conceived, because it cannot be conceived, because it never will be conceived adequately by the human mind.  Yet it lies closer to us than we to ourselves because we come from it.  We name this mystery God.

Mork once excitedly told a friend, “Wait a minute, I’ve got to show you something.  I’ve already picked out my bumper sticker.”  He then ran into the bedroom and returned with a whole car bumper.  It read, “Aliens make better lovers.”  He added, “And look at this one here. “Horn if you’re a honky.”

There’s gospel truth.  Aliens do make better lovers.  Indeed, we created to love that which, alone, is utterly other than we are.  We were made for God.  May Robin Williams, the alien, the actor, the one who made us laugh and cry, know such love in days without number.

Terrance Klein
Show Comments (
1
)
Comments are automatically closed two weeks after an article's initial publication. See our comments policy for more.
Leo Zanchettin
7 years 9 months ago
Wonderful reflection, Fr. Klein. I wonder if we can't say something similar about Jesus. I know you name the "mystery" of "that which, alone, is truly alien" God, and I like that thought. But at the same time in Christ we have God taking on human flesh. We have someone like an alien who is both "not who we are" but " terribly close to it." A man like us in all things but sin. So in his slightly off-centered alien-ness, he gives us back to ourselves. He does this fist through the example of his life and teachings: he shows us to ourselves in a new and divinized light. But he also gives us back to ourselves through the gift of the Eucharist, which is the fruit of the earth and work of human hands--now divinized. Thanks again for writing this. It's giving me a lot to think and pray about!