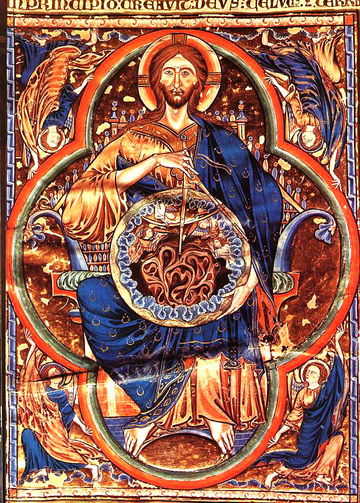 The old hymn says, “Time like an ever rolling stream bears all her sons away. They fly, forgotten, as a dream breaks at the op’ning day.” This week, eating lunch with kindergarten students, I asked them what they were going to wear for Halloween. Yes, it’s April, but I wanted a break from that day’s subject, which was cuts and injuries. When you eat with little kids, one of them finds a topic, and the others pile on. So one meal will be all about dogs, or cats. Really. All. Another will be trips. Lost, or loose, teeth are a standard, and all of these topics are better than knock-knock jokes, a skill for which K-2nd students simply lack. Trust me.

For kids in Kindergarten, Halloween is half a lifetime away, but they embraced the topic. I doubt that, come October, many will be going as the Easter Bunny. They simply projected their present into the future, with great eagerness. That’s what kids do. They’re hot to trot for tomorrow.

But there comes a day in the life of every person—no doubt the precise moment varies—when we no longer see the future as an ally, when thoughts of tomorrow threaten us with loss and diminishment. Our culture doesn’t teach us to mark the day, to notice and to record it. I don’t know of any that do. That would only augment the anxiety: This is the day when the future ceased to be my friend. This is the day when I gave my affections to memory rather than to the morrow.

Have you ever daydreamed of living your life in reverse? You’d watch the weight of the future retreat as you walked back into the past, living each year in reverse order: growing younger, having family and friends restored to you, erasing mistakes.

There’s something delightful in the dream, however impossible or improper it might be. Indeed, that an adult would entertain the notion of going backward through time suggests the presence of Adam’s fall in our lives, of original sin. We know that hope does disappoint; we’ve seen it happen. If we are honest, we acknowledge our own part in the winnowing of wishes. The wisdom of age tells us that we have wandered, lost the way, become alienated from some source of renewal and delight. Why not go back?

He has many critics, as a man and a moviemaker, but in his movie “The Passion of the Christ” (2004) Mel Gibson reset a line of Scripture, and, in that act of artistry, revealed the deepest of truths. Here’s the scene. Mary sees her son Jesus fall under the weight of his cross. She remembers running to her child when he fell. Despite the crowd and his captors, she races to her adult son. Raising his bloodied face from the earth, she offers the greatest of comfort, though it is only the words, “I am here.”

Jesus sees her, and Mr. Gibson moves a line from the Book of Revelation to this encounter. Panting, Christ responds, “See, Mother, I make all things new.” That’s nothing less than inspired. Why?

Because what we call the Way of the Cross is Christ striding through time, Christ aging in the course of a few hours, Christ trampling toward death, making his way to the farthest reach of human sorrow, of our estrangement from God. If the old world, the one in which you and I were born, was one of sin, of alienation, of aging and of death, Christ walks the way of the cross so as to claim it back for God.

In the mystery of his Incarnation, God the Son comes to die. God takes all that is ugly and old and rotten in this world and draws it into his self. Here death dies. Here the old gives way to the new. Here hope is reborn. This is why St. John brilliantly records Christ speaking of his passion as his hour of glory.

With equal artistry and genius, Pope St. Leo the Great bespoke the deepest meaning of the Mass, of liturgy, when he wrote, “Quod itaque Redemptoris nostri conspicuum fuit, in sacramenta transivit” (Tr. LXXIV, 2). “And so what our redeemer made evident (in his presence among us) has passed over into the sacraments.”

In the Mass, the world is young again. In the liturgy, the Word bespeaks a freshness that does not age. In the Eucharist, bread and wine, given to us centuries long past, become food for the morrow. In his body and his blood, like a woman giving birth, Christ makes all things new.