Acts of the Apostles Online Commentary (7)

Acts of the Apostles Online Commentary (7) 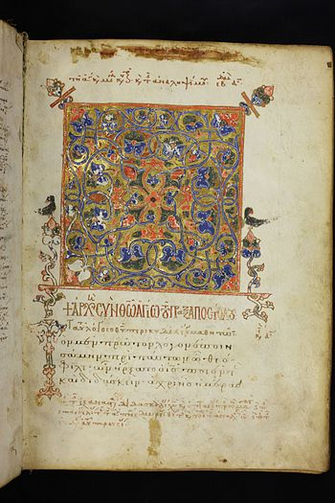 This is the seventh entry in the Bible Junkies Online Commentary on the Acts of the Apostles. The first entry covered some of the major critical, technical and background issues that will concern us as we read through and comment on the Acts. The second post, found here, considered the prologue to the Acts of the Apostles. In the third column, we began to examine the founding of the Jerusalem Church. In the fourth blog post, the coming of the Holy Spirit at Pentecost and the beginning of Peter’s speech was discussed. In the fifth post, the bulk of Peter’s speech was examined. In the sixth entry, Peter’s speech concludes with a successful response according to Acts. The seventh blog post, listed below, deals with the formation of the apostles and other disciples into a community and the practices of the earliest community.

42 They devoted themselves to the apostles' teaching and fellowship, to the breaking of bread and the prayers. 43 Awe came upon everyone, because many wonders and signs were being done by the apostles. 44 All who believed were together and had all things in common; 45 they would sell their possessions and goods and distribute the proceeds to all, as any had need. 46 Day by day, as they spent much time together in the temple, they broke bread at home and ate their food with glad and generous hearts, 47 praising God and having the goodwill of all the people. And day by day the Lord added to their number those who were being saved. (NRSV)

What do these newly baptized followers of Jesus, along with the apostles and disciples who had followed Jesus prior to his death, do as a community? Luke offers a short précis of their practices, though it is not clear that all of the new disciples are included in all of these actions. Most scholars and translations place Acts 2:42 at the end of Peter’s speech, but I see it beginning the next section which outlines the practices of the community as a whole. Certainly, it is possible that the three thousand newly baptized are included in these practices, but it is not just them.

Acts 2:42 speaks of four things: devotion to the apostles' teaching (didachê), fellowship (koinonia), the breaking of bread, and prayers. The didachê must include teachings about Jesus himself, his life and death, what he himself taught, such as parables and prayers, and interpretation of the Jewish Scriptures in the context of who Jesus was understood to be by the apostles. It is not clear if koinonia is simply the “being together” of the baptized or if it implies more formal worship of the gathered community.

The breaking of bread is also difficult to determine, since it must imply eating together, but does it also imply a Eucharistic celebration? We know from Luke 24 that Jesus is described as breaking bread with the apostles, by which they see him in his resurrected state, but that act too might imply simply the act of the fellowship of a meal. It might be best to conclude that such breaking of the bread in Acts includes meals, but that the meals might also include the Eucharistic celebration, just as we see in 1 Corinthians 11.

The prayers would include, it seems, the prayer(s) Jesus taught them, possibly extemporaneous Spirit-filled prayer, and also the prayers common to the Jews of the time.

The next verse, Acts 2:43, describes the “awe” (phobos, literally “fear”) which came upon “everyone” (pasê psyche, literally “every soul”) because of the wonders (terata) and signs (sêmeia) done by the apostles. It does not outline what these wonders and signs are at this point, but Luke will begin describing some in the coming chapters. Luke, that is, wants to impress on readers that the power of the Holy Spirit, the same power operative in Jesus’ deeds, is now operative in the work and life of the apostles.

Luke then moves to a description of another aspect of the communal life of the apostles and disciples (“those who believed”): they “were together and had all things in common” (Acts 2:44). This communal lifestyle included a rejection of personal possessions (hyparxeis, “belongings”) and a distribution of goods to all who had need (Acts 2:45). The Jerusalem community, it seems, was putting into practice the rejection of goods and property which emerges from so many of Jesus’ parables which warn of the lure that wealth poses.

This community continued to see itself as a part of the life of Judaism, though followers of Jesus, since “day by day…they spent much time together in the temple, they broke bread at home and ate their food with glad and generous hearts, praising God and having the goodwill of all the people” (Acts 2:46-47a). The mention of “breaking bread” here with “and ate their food” does indicate that we were correct earlier to assume that this must indicate firstly the eating of community meals. The Temple remains a locus of worship, a place to pray and gather, and to bring (or attempt to bring) other Jews into the community.

Luke again stresses, however, that their message was received and accepted by many people since he completes this section saying, “day by day the Lord added to their number those who were being saved” (Acts 2:47b). The same phrase that begins 2:46 ends 2:47, “day by day,” suggesting that the outreach had some success as often as attempted. These passages are important to indicate that the earliest community did find success among their Jewish brothers and sisters. Note, though, that Luke does not attribute success to the apostles as such, but to the Lord (kyrios). Jesus’ disciples are the means by which the message is brought, yet they are not the means by which salvation comes.

Next entry, Peter and John in Jerusalem.