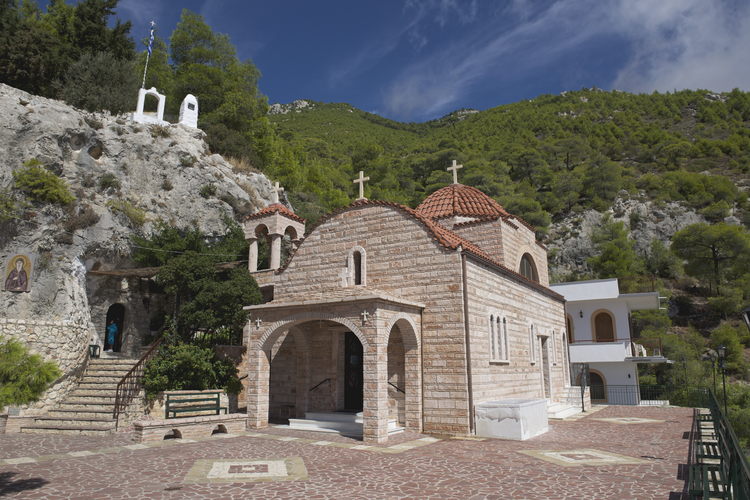 When I returned home in 1994 from a two-year posting as a foreign correspondent for The Wall Street Journal, I felt called to do something with my life other than journalism. I just didn’t know what. A friend suggested I read Kathleen Norris’ Dakota: A Spiritual Geography. There, rolled out like the Dakota flatlands was a portrait of the country I ached to reconnect with. Perhaps more importantly, the long distances and great silences Norris described on the northern Plains mirrored the emptiness I felt in my heart. I longed for the vibrant prayer and community life Norris encountered in the Benedictine monasteries she discovered scattered across the prairie, like way stations in a blizzard.

It would be many years before I would visit a monastery myself, and immerse myself in the ancient wisdom that so captivated Norris. Those visits culminated in my finding a spiritual home of sorts as a married, professional woman at yet another Benedictine monastery on the Plains, Mount St. Scholastica, in Atchison, KS. It is a story I would eventually tell in my own book, Atchison Blue: A Search for Silence, A Spiritual Home and a Living Faith. But it was Norris’ Dakota, and subsequent book The Cloister Walk, that first awakened in me a thirst for the contemplative life.

In the past year, I’ve had the privilege of speaking twice on panels with Norris, once about poetry (our shared love) at my undergraduate alma mater, St. Peter’s University in New Jersey, and on another occasion about monastic wisdom for everyday life for the American Benedictine Academy. Norris is as warm and unpretentious in person as she seems in her books. A surprise was how loquacious she is, given her esteem for monastic silence! She will talk for as long as anyone will listen about the sayings of the desert fathers, the Praktikos of Evagrius Ponticus, or the Confessions of St. Augustine, all topics near to her heart.

While Norris is best known as a chronicler of the spirituality of the Great Plains, she no longer lives there fulltime. She spends most of the year in Honolulu, where she grew up. She returns in summer to the farm she inherited from her maternal grandparents in Lemmon, S.D., whose small town struggles and blessings she brought to life for her readers in Dakota.

I was curious about how moving to the tropics and being away from those long solitary winters in Dakota might have altered her spiritual landscape.

“In a funny way, I have a monastic life there in Honolulu,” she told me. “I spend a lot of time alone in my apartment or walking. In a way, it’s a bit like my monastery. It sounds crazy because people don’t usually associate the tropics with monasteries, but in a way it’s a great place. I have a lot of solitude there, though I miss the silence of the Great Plains. But I think you can find your monastic cell, your commitment to prayer wherever you are.”

It’s been several years since Norris published her last book,Acedia & Me: A Marriage, Monks and A Writer’s Life, which explores the kind of restlessness and despair that so often seeps into mid-life. Ancient monks called acedia “the noon-day demon.” She says her life in the past decade has been marked largely by death.  She lost in quick succession her husband (the poet David Dwyer), her parents, then more recently her younger sister Becky, who died of cancer. Developmentally challenged, but wise beyond expectations, Becky was often a character in Norris’ books, serving usually as her writer sister’s moral compass.

“When people ask me, ‘What’s been your greatest accomplishment in the last 10 years?,’ I think they are expecting me to say something about books,” Norris says. “And I tell them it’s been helping three people experience a good death. Four now if you add my sister Becky.”

But it wasn’t easy. “I remember standing in an emergency room one night and I said to the Episcopal priest who came over, ‘I’m really sick of death.’ Grief is hard. The six-month anniversary, the year anniversary, all those things are really hard, and you have to observe them. But I’ve come to see death as a part of life. You can help people through those transitions, even though you can’t go with them. You can at least be able to comfort them while they’re dying.”

I asked what she thinks is the best way to comfort someone who is close to death. “You listen to what they want to talk about,” she says. “If they are afraid, you listen to that. My mother wasn’t afraid, but she said I’ll miss all these things with my grandchildren. Listening to their memories is important. It’s a matter of not fussing, just being there. With my Mom, she was in a nursing home. I was there every day, making sure things were done a certain way. You need to be on top of things, make sure they are comfortable.”

Unlike her mother, who passed away at 92, Norris’ sister Becky did not receive the gift of long life. “Becky had had such a hard time coming into the world – 40 hours of labor, medical mistakes [that led to brain damage]. I kept thinking, now she’ll have a hard time leaving it. But it didn’t turn out to be that way.”

Norris says the cancer diagnosis altered Becky’s life in unexpected ways.  “She really changed. Her disability had made her angry and resentful most of her life. She had a lot of trouble as a younger woman trying to fit in. She would do anything to fit in and that sometimes caused her trouble. But at the age of 60, she learned all she had to do was be herself and people liked her.”

Norris recalls her sisters’ patience and good humor during radiation treatments. “She would talk to the nurses, start asking questions like, how long have you been doing this? What made you become a nurse? They loved her. They were not used to getting asked about themselves because people in a cancer ward are often so focused on their own suffering. Becky went from what was the primary emotion for her most of her life, which was anger, to gratitude. That anger in her just faded. It was amazing to see.”

During her treatment, Becky attended art classes at the cancer center in Honolulu and kept on nagging her sister to take her to the movies each week, her favorite past-time. But within two months of her diagnosis, she was gone. “The cancer spread to her lungs and she stopped breathing,” Norris says.

Becky was still alive when Norris completed Acedia, but her husband and father both died during the writing of that book. A large part of it chronicles the final years of her husband, who suffered from severe depression most of his life and, like Norris’ sister, eventually succumbed to cancer. It is perhaps her most personal book, and hardest to get through.

Acedia is the word ancients used to describe a state of mind that saps energy and drains enthusiasm for life. Norris calls it “an odd mixture” of boredom, restlessness and disdain. “Anything that you think of to do, you immediately dismiss it. It’s disdain for the place where you are and disdain for other people, the inability to make commitments. A nasty condition but part of the human condition.”

Acedia is often translated from the Greek as “the inability to care,” a kind of spiritual morphine. When the church decided on the “Seven Deadly Sins,” acedia was left out, but its scent remained behind in the sins of sloth or laziness, and despair.

Norris says she’s suffered bouts of acedia throughout her life. “At one time it was thought that only monastic people trying to live this hard, disciplined life would experience acedia in its extreme form because in that regimented life, you would say after a while, ‘why am I doing this, this is not only boring, it’s useless.’ I like to tell the monks that anybody who’s been married more than a year knows about acedia. The routine can go stale, the love can seem to die, not caring, all of that stuff. Acedia is part of our human make up. Acedia is always going to be a part of who I am.”

The Psalms, that revered prayer book for both Jews and Christians, often serves as the balm for her struggles with acedia. When I caught up with Norris she had just finished giving a seminar for the lay Oblates of Mount St. Scholastica that explored, among other things, the enduring power of the Psalms, the foundation of monastic prayer. Her love for these prayers is intense.

“The Psalms are so emotionally direct. You find every human emotion there, joy, delight, gladness, anger, envy,” she says. “I like to quote C.S. Lewis who said, when we read the Psalms about betrayal and danger and revenge, we are in the world we know. I also like to say the Psalms point us to a world we don’t know, where hills leap for joy and rivers clap their hands. The Psalms always try to aim us toward God’s world.”

Last fall, Norris accepted a one-time teaching assignment as the Randall Distinguished Professor in Christian Thought at Providence College in Rhode Island. She’s spent the past months introducing honors students to church texts from the fourth, fifth and sixth centuries, a passion of hers. Another part of the course was titled “Remember Me: Storytelling in the Life of Faith," because she says, “a lot of theology is just that, storytelling.” Her teaching assignment ended in May.

What’s next?  “Right now I’m in a curious situation as a writer in that it’s the first time in 20 years I don’t have a book project,” Norris says. “I’m trying not to be frightened by that. I’m trying to see where it is I need to move next. My sister Becky said before she died, ‘I want you to write a book about me.’ That might just be it - a memoir looking at her life and how she was might be possible.”

Norris says she is also interested in exploring what constitutes a “desert experience,” emotionally and spiritually. “I’ve been doing some talks about what ‘desert’ means in Christianity and the monastic tradition. Looking at the stories of the desert fathers and mothers and knowing how those stories helped me, there may be something there … I’ll just need to see, and try to discern and pray over this.”

Until then, those who have been nourished by Norris’ previous books will wait patiently for her next chapter.