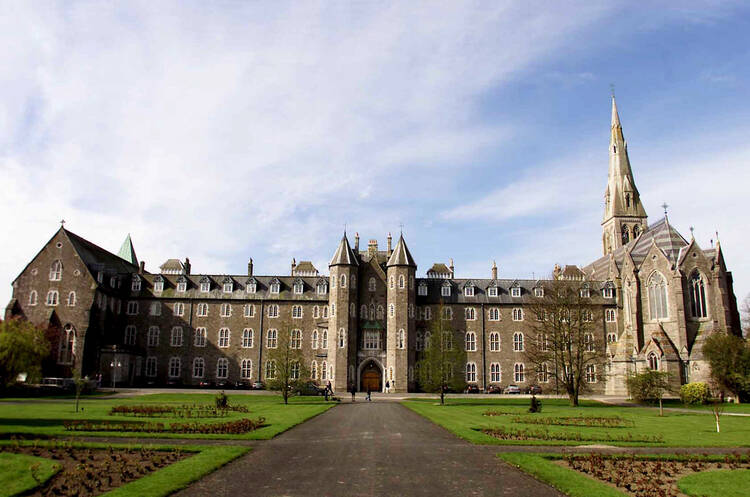 The news this week that the Archbishop of Dublin is withdrawing his student priests from St. Patrick’s College, Maynooth, and sending them instead to the Irish College in Rome has cast a further shadow over Ireland’s national seminary.

Archbishop Diarmuid Martin told The Irish Times that his decision was based on the fact that he “wasn’t happy with Maynooth.” He cited “an atmosphere of strange goings-on there, it seems like a quarrelsome place with anonymous letters being sent around.” He added, “I don’t think this is a good place for students. However, when I informed the president of Maynooth of my decision, I did add ‘at least for the moment.’”

The decision from Archbishop Martin, one of Ireland’s most respected religious leaders, comes after anonymous letters were circulated in clerical circles alleging a culture of gay activity at the college, including the use of the gay dating app, Grindr. Other claims of sexual harassment of seminarians by staff members in the college have been reported, with allegations that the confidentiality clause for seminarians has prevented more  from coming forward.

Archbishop Martin, a trustee of St. Patrick’s, made no comment on the reports, but said he had a “certain bonding” with Rome and the Irish College in Rome. The archbishop, who was recently appointed to the newly established Vatican Secretariat for Communications, worked in Rome for more than 25 years, mainly with the Pontifical Council for Justice and Peace and as the Holy See’s Permanent Observer to the United Nations.

The President of St. Patrick's College in Maynooth told Irish radio that there is no investigation under way at the college, or complaints surrounding sexual harassment, misconduct or assault. Monsignor Hugh Connolly acknowledged that anonymous correspondence "has been difficult" and has made for "a less than satisfactory atmosphere in which to conduct formation."

Monsignor Connolly said that allegations surrounding a gay culture at the college or seminarians using gay dating apps certainly worries him but he said he "has no concrete detail" of any such activity. He told Ireland’s RTÉ network that all seminarians are expected to live celibately at the college and "there can't be any compromise around that for a seminarian.”

Archbishop Martin said if the allegations of seminarians using gay dating apps were true, "it would be inappropriate for seminarians, not just because they're training to be celibate priests, but because an app like that is something which is fostering promiscuous sexuality, which is certainly not in any way the mature vision of sexuality one would expect a priest to understand."

Referring to the allegations, Archbishop Martin noted that "the trouble with anonymous complaints is that it's almost impossible to carry out due process... a culture of anonymous letters is poisonous. Until that's cleared up, I would be happier sending my students elsewhere."

He said he had offered to provide an independent person for whistleblowers to approach, but the response to this offer was the publication of more anonymous letters. The archbishop said authorities in Maynooth "have to find a way to let people come forward with solid evidence to substantiate the allegations."

He said he would not tell any bishop not to send students to Maynooth, because "that is a decision for them."

Irish seminaries have undergone some change in recent years following recommendations from the 2010-2011 Apostolic Visitation, which was prompted by revelations of the widespread sexual abuse of minors in the Irish church. Led by Cardinal Timothy Dolan of New York, the report was highly critical of the leadership of the Irish College in Rome and suggested “the college suffers from the reputation of being ‘gay friendly,’ however unjust such a reputation might be.” The priests who led the college at the time returned to Ireland. At St. Patrick’s seminary in Maynooth, which shares a campus with the national Maynooth University, steps were made to further separate the seminarians from lay students.

The report was controversial and widely debated. Speaking in 2014, Archbishop Martin said the visitation in some ways delayed reforms in the church. “It set expectations it was never going to realize,” he said. “It created the impression reform would come from outside where in the long term the changes and the reforms are beginning to take place now,” adding, “To some extent the Apostolic Visitation froze the Irish church at a particular moment and that isn’t a criticism of those who carried it out, maybe a criticism of those who planned it.”

As recently as 2011, rumors circulated that Maynooth would close and the students would move to the Irish College in Rome. Those rumors proved unfounded, but Archbishop Martin’s vote of no confidence have left many wondering once again about the future of Ireland’s national seminary.