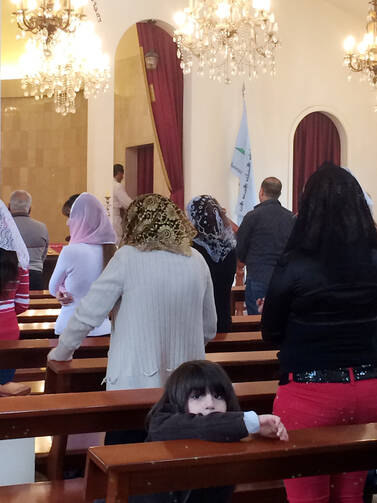 The U.S. State Department recently released its annual International Religious Freedom report. The news is not good. The report leads with ISIL killing and forcing Christians and Yezidis to flee their ancient communities on the Ninevah Plains. These communities are Jesus' cousins, some of the last people on the planet still speaking the Aramaic language that Jesus spoke 2,000 years ago. The report details that while there are reasonably good laws on the books by the government of Iraq and the provincial Kurdish regional government (unlike many governments that have bad laws on the books), government forces are struggling to push back the brutal violence and persecution of Daesch or the so-called Islamic State forces. The U.S. government sends humanitarian and military aid, along with others. But the problem is still grave, and the unintended consequences of refugee resettlement to other countries is to inadvertently aid ISIL's genocidal goals of removing these communities from their homes.

Ambassador David Saperstein gave a nuanced discussion of trying to reach a balance between providing opportunities for refugee resettlement vs. trying to help the communities stay in the region, in the news conference accompanying the report. His comments are worth reprinting, particularly his final paragraph. Ambassador David Saperstein, a Jewish rabbi, is paraphrasing the testimony of Sister Diana Momeka, O.P., of the Dominican Sisters of St. Catherine of Sienna. Sister Diana and her colleagues have had to flee twice. First, they were forced out of Bagdad due to growing sectarian violence. Then they had to flee when ISIL swept across the Ninevah Plains in 2014; the sisters now live in Erbil. During her Congressional testimony earlier this year, Sister Diana decried that the church bells for Mass are silent in Ninevah for the first time in over a millennium. The report showcases the dire challenges to threatened religious communities around the world. But Ambassador Saperstein's remarks also show the promise of pluralism in societies that dare to protect religious freedom, where a Jewish rabbi can stand with a Catholic nun and other endangered persons in solidarity against violence and repression.

Ambassador Saperstein excerpt on ISIL and refugees, in the Press Conference announcing the release of the International Religious Freedom Report:

We have worked vigorously on the issue of protecting the minority communities. ISIL is certainly targeting the Christian community, but is also targeting the Mandaeans, the Shabak, certainly the Yezidis that explicitly said it wanted to wipe out here. So it is trying to decimate and eviscerate the presence of those very communities here. And we know that if there’s going to be a possibility to bring them home, we know what the ingredients are going to be. I’ve spoken on this publicly to a number of the major Christian groups who are concerned about this, but also the groups that are concerned about the—in meetings with the Yezidi, the Shia Muslim groups from the area who are affected by this as well.

That is, we need to sustain them where they are in place at a condition that they’re going to be willing to stay—mostly in Kurdistan—until ISIL’s presence is removed. And we clearly need to remove ISIL’s presence for them to return home. That means there have to be schools for their kids, there has to be better health care, there have to be job opportunities for their kids who are graduating school, et cetera. And the United States is the lead factor in providing that kind of humanitarian aid.

Secondly, there needs to be a security system when they return home in which they can trust, because a lot of that trust was breached when ISIL came in. And they need their own—the right to have their own effective defense forces that have to be integrated with the Iraqi and Peshmerga forces.

Third, there has to be a restorative justice, a transitional justice system. People go back to their communities; some of their former neighbors have taken over their businesses, their homes. There has to be a system that will fairly adjudicate that and hold people responsible who assisted ISIL.

Fourth, at a macro level in Iraq, there has to be a change in the governance structures that allow those minority groups to have a real role in shaping the future of the country. Prime Minister Abadi has made clear that that is his intent. We see some of that represented in appointments that he’s made, and the United States is working with the Iraqi Government on that day in and day out.

And finally, there has to be an internationally engaged plan on the economic rebuilding so that people will have a sense of hope for the future. We know what those ingredients are. The United States, often together with the UN or other nations, are working on planning in this. And that’s very important because if it were—we waited until ISIL was pushed out, it would leave a vacuum that chaos would potentially descend.

And so we know what needs to be done. We’re working on those things—and pushing very hard—that will benefit the Christian community. I mean, think about it. There’s been a Christian community there for 1,600 years. Across the Nineveh plain, church bells have pealed for 1,600 years. Today they are silent. And we are not going to rest until people have a right to live out their religious lives back in their home communities in accordance with their conscience.