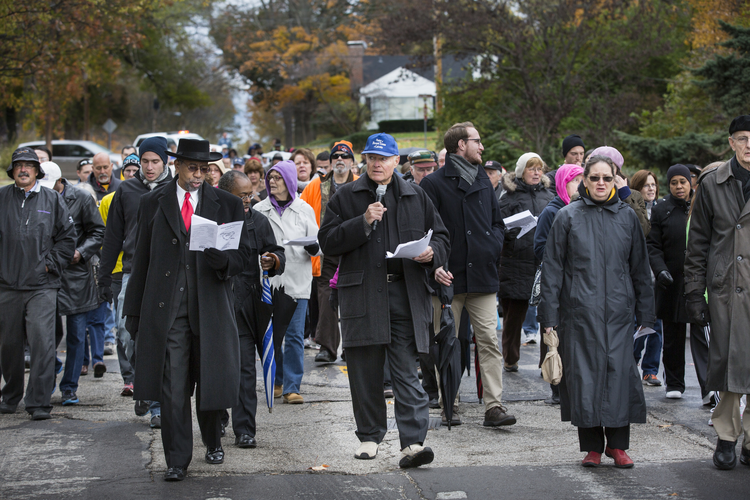 The riots in Ferguson in the days following Michael Brown’s death were apparently spontaneous emotional outbursts. The looting and burning occurred mainly along several blocks of West Florissant Avenue. By November, some of the stores had reopened and others were still under repair. Perhaps a few would never be able to reopen. Then came the riots of Nov. 24, upon the announcement that the grand jury declined to indict Officer Darren Wilson. These riots damaged businesses over a much larger area. They were obviously preplanned by those who brought Molotov cocktails, bricks and cans of lighter fluid to the demonstrations.

Some of the damaged stores were locally-owned, like Cathy’s Kitchen. Rioters broke windows there even as peaceful protesters linked arms to prevent the damage. Cathy’s may be able to reopen next week. El Palenque Mexican Restaurant & Cantina was burned out, almost exactly 9 years after its opening. Other damaged businesses have national brands, like Meineke, O’Reilly, Advanced  Auto Parts and McDonald’s. All these businesses represent someone’s savings and investment.

All these businesses served local customers by making a variety of products and services available at competitive prices. These businesses thrived because they met the needs of local residents, not just in a purely commercial sense, but by being part of the larger life of the community. These businesses also provided jobs, mainly for people from the area. Now, those businesses are darkened, at least temporarily. The pulse of the community is weak. The charred remains will not go away overnight, but will haunt he neighborhood for months, maybe longer. Real estate values fall, hurting local residents who played no role in this mayhem. And just before the holidays, people who were gainfully employed have lost their income. Insurance may pay for much of the damage. But the decision to rebuild or reopen is an investment in the future. Will peace return? Will the new stores need bars on windows and metal roll-down screens? Will customers feel safe?

One of the greatest needs in Ferguson right now is for businesses to come back, to rebuild, to once again be part of the community. People still need the items of everyday life. People still need jobs, especially jobs that let young people get a start on their working lives, earning money and learning the basics of customer service, duty, teamwork and being part of a community. That may be the greatest contribution that business and business leaders make to a neighborhood—a sincere “Nice job” at the end of a shift, and gentle coaching to enhance the newbie’s skills. That is how the future is built, and without business both the present and the future are bleak indeed. So, in this holiday season, let us pray that businesses will come back to Ferguson.

Joseph J. Dunn is the author of After One Hundred Years: Corporate Profits, Wealth, and American Society. He writes frequently on economic justice and the role of business in society.