I was blind, but now I see? 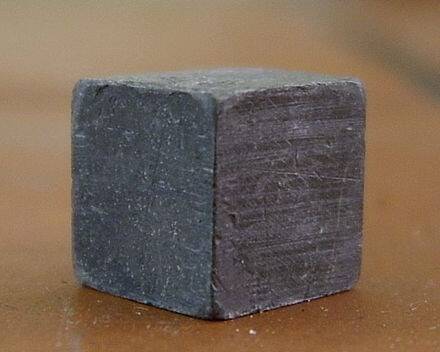 If asked to explain the causes of serious crime, I would likely think of easy access to firearms, drugs, gangs and other things that grab headlines. Perhaps, taking a step back to reflect, I would also think of a lack of economic opportunities, family breakdown and poor education.

I most definitely would not, however, think of an element on the periodic table: lead.

In a fascinating article in The Washington Post titled, “Lead abatement, alcohol taxes and 10 other ways to reduce the crime rate without annoying the NRA,” Dylan Matthews describes how the neurological damage that comes from exposure to lead can impair functions like impulse control and increase the likelihood of committing crime. On the flip side, efforts to remove lead from gasoline and paint seem to have led to a serious reduction in violent crime – far more than other factors previously put forward to explain the drop in crime.

I have read countless articles about gun control and “stop and frisk,” but I (and others) had been blind to the connection between lead and crime.

What we often focus on in the media might have a minor influence on most people's lives, and what we personally spend our energy worrying about might not actually make much of a difference to us.

Something like lead – so common that people might not have paid much attention to it – can profoundly affect us.

In looking at my own life, I might focus on the low-lying fruit of self-improvement but be blind to the deeper issues truly holding me back – even for years.

My father died when I was very young. In my early teenage years, I probably thought that I had moved on from his death because it had happened so long ago. It was only in the context of a high school retreat when I actually dealt with what had been holding me back, let myself grieve for the first time, and then experienced profound freedom.

I now teach teenagers who, not surprisingly at their age, can act out in negative ways. We teachers can take disciplinary measures to try to correct them, but I often think that we are merely seeing the behavioral outcome of deeper issues. We, and even they, might not know about the “lead” in their lives.

A school may also invest in smart boards and iPads for every student and by doing so point to all the ways they are improving. The latest technology, however, even though it can get a lot of attention, might not have as big an impact on educational outcomes as high-quality teachers and a culture of excellence – two things, like lead, that are not as easy to see as the latest gizmo.

Now seeing the media's possible blindness with regards to crime and my blindness to aspects of myself, I can't help but wonder in what other ways we may be blind. In talking about immigration, marriage, climate change and other hot-button topics today, do we focus on some issues that have a minor impact but then miss out on other areas that might be far more significant?

I'm not sure, though we have been blind before and likely do not see as well as we think we do.

Michael Rossmann, S.J.
Show Comments (
2
)
Comments are automatically closed two weeks after an article's initial publication. See our comments policy for more.
Bruce Snowden
8 years 10 months ago
After reading "I Was Blind But Now I See,?" regarding youthful crime, I'm not sure I see any better. I read about causes, probable or actual and about suggested solutions all materialistic not a bad thing in itself, but does any of this touch the gnawing worm at the root? I don't want to be simplistic, but just maybe, do you think that society's spinning moral compass, unbalanced through blatant disrespect for life from the womb to the tomb, legally justified by courts, even the Highest Court of the Land, might be the "gnawing worm at the root?" I'm talking about the parental (maternal) killing of the unborn, wherein a "wrong" is called a "right?" Young people have been subliminally prepared to accept that wrong is right, the premise that life is cheap, dispensable feel free to kill for the fun of it! Children killing children, children killing themselves, children killing their parents and old men and women, killing as I said before "for the fun of it!" The moral bonds protecting the sanctity of life having been weakened break, and life supporting structures come tumbling down! Chemical, environmental and other factors may play a part in youthful crime, crime in general, but do you think that the missing moral component of personal responsibility may be its principal flaw that needs to be restructured starting with the Fifth Commandment, "Thou shall not murder?" Crime, I think, is the predictable result of a weakened sense of right and wrong. "As a tree is bent, so it grows." As the writer suggested, "We do not see as well as we think we do." That's tragic!
Tom Wilson
8 years 10 months ago
More than 90% of the state/federal prison population are men. I wonder how many of them grew up with a married father in the household? Sometimes one need only open his eyes to cure his blindness.