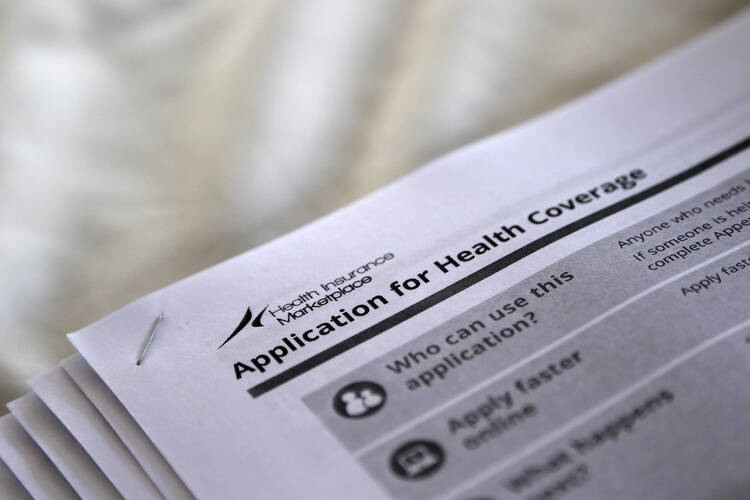 In a policy shift with enormous implications, the state of California’s Department of Managed Health Care has ruled that Anthem Blue Cross and Kaiser Permanente cannot offer Catholic institutions health insurance plans that ask members to pay their own premiums for abortion procedures. The move comes less than a year after Loyola Marymount University in Los Angeles and Santa Clara University in Santa Clara, Calif., each requested from their insurers that abortion procedures for faculty and staff not be subsidized by the universities themselves.

As early as 2008, Anthem Blue Cross had developed a plan whereby an institution could opt to have premiums for coverage of elective abortions paid separately by the insured. Kaiser Permanente adopted a similar plan in 2012. Both had been approved by the D.M.H.C.

Then at the end of August D.M.H.C. head Michelle Rouillard sent insurers including Kaiser and Anthem a letter indicating that such plans entailed “discriminatory coverage exclusions and limitations.”

“Abortion,”she wrote, “is a basic health care service. The California Constitution prohibits health plans from discriminating against women who choose to terminate a pregnancy. Thus, all health plans must treat maternity services and legal abortion neutrally.”

There is some question as to whether forcing Catholic institutions to pay premiums for abortions might violate federal law. Congress has appended the Weldon Amendment to the Health and Human Services appropriations each year since 2005; this amendment says that no federal funds are to be given to any federal, state or local government that discriminates against a health care entity (such as an insurance company) for refusing to provide, pay for, provide coverage, or refer for abortions.

In 2010 in an executive order President Obama reaffirmed that position, saying that under the Affordable Care Act the Weldon Amendment remains the law of the land. “Under the Act, longstanding Federal laws to protect conscience (such as …the Weldon Amendment…) remain intact and new protections prohibit discrimination against health care facilities and health care providers because of an unwillingness to provide, pay for, provide coverage of, or refer for abortions.”

But the matter remains unclear. Speaking to the San Francisco Chronicle on August 25th, America Civil Liberties Union attorney Margaret Crosby pointed out that Weldon “prohibits discrimination only against those who won’t ‘provide coverage’for abortions—in this case, employers like the two universities.”

That is to say, were Santa Clara or L.M.U. to insure themselves and not offer coverage for abortions, the state could not intervene. But given that Kaiser and Anthem provide coverage, they must do so in a consistent manner. They cannot offer extra hurdles for any group.

L.M.U. and Santa Clara are currently consulting with their attorneys to determine a proper response.

Jim McDermott
@PopCulturPriest
Show Comments (
1
)
Comments are automatically closed two weeks after an article's initial publication. See our comments policy for more.
Vincent Gaitley
7 years 9 months ago
Rebel, revolt, refuse! Vote these cretins out of power and end the bottomless greed of the government and its anti-Catholic controls…all done in the name of equity and fairness. Insure yourselves…the Church should create its own underwriting company to serve the Catholic hospitals and every good Catholic should drop the insurer who demands tribute for abortion and euthanasia.