The Best Books We Read This Year

The Best Books We Read This Year 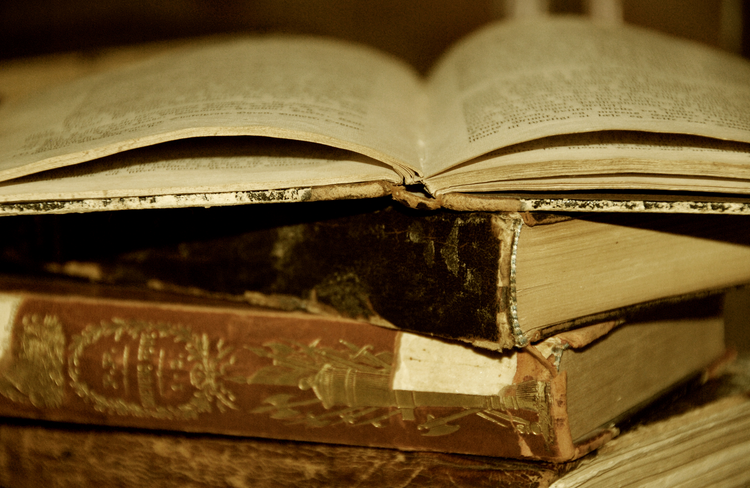 We asked members of the America Magazine staff to talk about the best (or most intriguing, or only) book they read in 2014. This could be any book—published this year or in years past. (We totally got this idea from The Atlantic Monthly by the way. That’s a pretty good magazine over there, in case you didn’t know.) Below are the responses we received.

Kerry Goleski on Not That Kind of Girl

With her debut autobiography, Not That Kind of Girl,Lena Dunham puts a brain and soul behind the stumbling mistakes of her characters from the popular, yet controversial, HBO show, Girls.

The book gives you a deeper look at a young, tenacious (and still prone to the woes of any mid-twentysomething), ultra-successful writer and actor.

She wades gracefully (sort of) through topics like sexuality, ambition, rape and mental health with the right mix of self deprecation, personal growth and humor that makes the reader think "huh, you know, I have felt that way before" and "maybe I'm not that weird." In an age where we strive for brutal honestly about thyself, Lena takes the cake.

Joe Hoover onPortrait of the Artist As A Young Man

If you have never read it, or haven’t read it since high school or college, maybe pick it up again. The writing is really good. This is called, I think, an understatement. James Joyce is a really good writer. This is another understatement.

During a school retreat Stephen attends, a Jesuit priest describes what the eternity of hell is like. (Mountains of sand, a little bird taking away one grain at a time, and so on.) This section is worth the price of the whole thing alone. The book is so immersed in Catholic culture—the theology and rituals of the church are the wallpaper that surrounds everyone’s lives—that it also serves as a kind of primer on some of the basic ways and means of the faith. Especially the ones we don’t talk about much anymore.

Certainly the best book I read this year was the extraordinarySacred Fire, by Ronald Rolheiser.  I was, and am, a huge fan of his earlier book The Holy Longing, a kind of an invitation to the Christian life.  His new book, subtitled "A Vision for a Deeper Human and Christian Maturity," is explicitly designed as a sequel, and serves as an analysis of what it means to be a mature, giving and loving Christian.  Emphasis on mature--this is not a book for high-school students.  Rather, it's about what happens to all of us in the "second half of life," when the normal ardor and passion of our youth wane.

But, as Father Rolheiser knows, this does not mean that ardor and passion are over--rather, new ardors and new passions take over.  It's hard to sum up all the great insights of this book.  Simply put, it's extraordinarily helpful.  And rarely have I read a book whose pages I've dog-eared, or whose passages I've underlined, so frequently.  A friend recently asked to borrow it, and rather than give away my copy, I bought him a new one.

James Martin, SJ, is editor at large of America and author of Jesus: A Pilgrimage.

The book, Francis: Life and Revolution—A Biography of Jorge Bergoglio (published by Loyola Press), is an arresting mix of the professional as well as the personal: of the professional, in that it naturally covers the life of the man from Argentina who entered the priesthood after a profound spiritual experience as a teenager and who eventually found himself pope upon the unprecedented resignation of another; of the personal, in that it offers a look into the soul of a (very human) human being who occupies that sacred office and who is now the spiritual father of a billion or so Roman Catholics.

It is not very often that you come across a book of this kind that is written by someone who has a personal relationship with a living, already historical figure—like a pope—yet Elisabetta Piqué has that distinction.What makes her book so valuable are the personal asides she offers about her family’s relationship with the pope, reaching back many years to Jorge Mario Bergoglio’s time when he was archbishop and cardinal of Buenos Aires.

The story of the pope is being made known, and it is an important one; Francis may stride on history’s stage as the successor of Peter, but more importantly for us, as Ms. Piqué shows us, is the fact that given the power and prestige that is his, Francis—despite the fact he was elected to occupy that papal throne—prefers in his humility to sit in the back of the pews with the rest of us. And, along with us, he is on that journey on the way towards God.  The story of how he, and we the church make that journey may be the biggest story of all.

Opening a book by James Lee Burke, the last of the great Catholic Southern novelists, is like rediscovering that the spirits of Flannery O’Connor and Walker Percy still walk the earth. Sometimes the prose is a bit messy, and the narrative overly complicated, but it’s hard to find much of comparable human feeling on our fiction shelves nowadays. For that reason alone,Wayfaring Stranger is the best new fiction book I've read in a long time.

The Louisiana-bred Burke, a two-time Edgar Award winner best known for his Dave Robicheaux crime novels, reaches deep into his own biography for this foray into historical fiction. A former oil pipeliner and Sinclair landman, this 78-year old Catholic Southerner mixes personal experience with colorful characters based on family and public figures to paint a vivid portrait of postwar hope tainted by corruption. The result is a rollicking, passionate, and surreal exercise in justice-oriented fiction that gives the lie to American exceptionalism.

Burke’s story revolves around a young man from South Texas who serves heroically in World War II, only to return home to a more sinister battle with home-grown fascism and greed. Yet the interactions between this novel’s vivid characters—including an indomitable Texas grandfather and sensual Louisiana country girl-turned-Hollywood-starlet—overshadow the plot. Righteous anger, unexpected violence, romantic mythologizing, and moments of deep compassion drive the poignant narrative to an unexpected conclusion.

Sean Salai is a contributing writer to americamagazine.org.

Ed Schmidt on On Looking

Alexandra Horowitz’s On Looking is a fascinating book that I read through once and now go back to regularly. The subtitle describes the author’s project: Eleven Walks with Expert Eyes. She walked in the streets, mostly in her New York neighborhood, with individuals who experienced those streets in very different ways: her young son, an expert in typography and signage, her dog, an expert in crowd behavior, a blind woman, an expert in geology who sees the variety of stones in buildings and pavements and parks. How we see the city – or any environment in which we live and move – from a perspective that derives from our background, our education, our current interests.

Ed Schmidt, SJ is a senior editor at America.

andDeep Down Dark by Hector Tobar

One of the best literary events of the year was the appearance of Richard Ford’s Let Me Be Frank With You, the fourth volume of his series about Frank Bascombe, whom we met first in The Sportswriter (1986) when he was a sportswriter, then followed in Independence Day (1995) and The Lay of the Land (2006) when he was in New Jersey real estate.  Frank is a modest, divorced man with two children who comes to represent all of us as he struggles to both have a happy life and do the right thing. Except for some stories, I think I have read everything he has written, including Canada  reviewed in America last year.

Another book which has not yet received the attention it deserves  is Deep Down Dark  by Hector Tobar, the story of the 33 men trapped in the depths of a Chilean mine for 69 days in August 2010.  In brutal and even painful detail Tobar, who interviewed every survivor and their families, narrates and analyzes what the pressure, starvation, and apparent abandonment did to the men.  Sometimes they were heroic, comforting themselves with sharing and prayer, at other times their survival community breaks down in quarrels over the money they will make when  they are saved and become famous.

The two most significant books I have read this year have been James Baldwin’s Go Tell It On The Mountain and Jimmy’s Blues and Other Poems. In the years since I first read these works, the narrative presented by Baldwin has never lost its power. As we leave 2014 behind us, a year which ends with much division among U.S. citizens, Baldwin’s work proves to be as necessary as ever.

Kerry Weber on We Wish to Inform You that Tomorrow We Will Be Killed With Our Families: Stories from Rwanda

I traveled to Rwanda in the fall of 2013. I returned there via the pages of this history when I reread it in 2014. Gourevitch creates vivid images of the horrors of the genocide there and speaks with compelling individuals, made all the more real when placed in the context of my trip and having seen some of these places myself. It was fascinating to look back on the progress toward reconciliation that he'd documented in light of the progress that has been made since. The book serves as another memorial for those who were killed and another reminder of the work for peace and stability that still needs to be done.

Kerry Weber is the managing editor of America.

Show Comments (
1
)
Comments are automatically closed two weeks after an article's initial publication. See our comments policy for more.
Agustin Paz
6 years ago
Having discovered James Alison's "An Introduction to Christianity for Adults: Jesus the Forgiving Victim," which dropped scales from my eyes, I immediately had to read something by his mentor/inspirational source René Girard. Knowing my desire, my wife bought me "I Saw Satin Falling Like Lighting." Neither of them, Girard & Alison are easy or light reading, but extremely rewarding as they stretch our boundaries to include the voice of a compelling, victimized friend in the wholly other Other, the source of revelation. Just like revelation itself, these two insightful thinkers are sometimes difficult to fully understand, but their honest intelligence is unmistakeable & riveting. It is now impossible not to recognized how through Jesus coming into our world, the self-giving victim becomes the forgiving protagonist of our lives.