The Faith Beat: Covering religion in a time of change 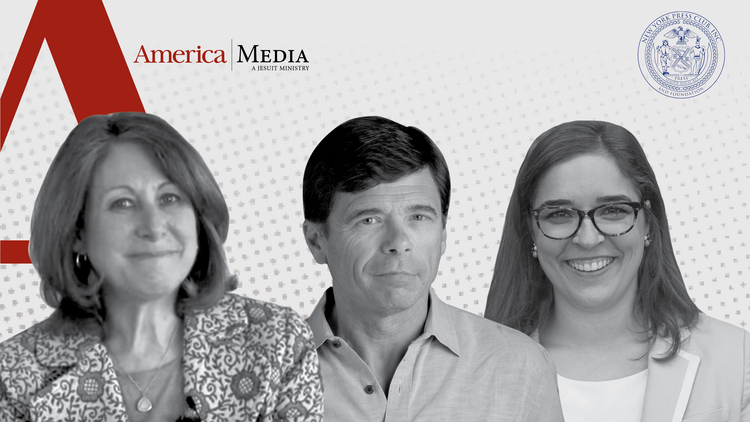 The Faith Beat: Covering religion in a time of change

Please join the New York Press Club and America Magazine for this important discussion. Participants include:

Sarah Pulliam-Bailey, @spulliam, runs Acts of Faith, The Washington Post’s religion blog. She covers how faith intersects with everything, including politics, culture and education, and issues such as same-sex marriage, poverty, abortion and the environment. Before joining The Post, she was a national correspondent based in New York City for Religion News Service. She was also online editor of Christianity Today magazine. During college, she edited Wheaton College’s student newspaper and interned at four daily newspapers.

Laurie Goodstein, @lauriegnyt, is Deputy International Editor at The New York Times, and was formerly the paper’s longtime national religion correspondent. Prior to joining The Times in 1997, she worked as a metro and national reporter at The Washington Post for eight years.

Refreshments will be served.