SOLD OUT: Pope Francis and the Future of the American Church 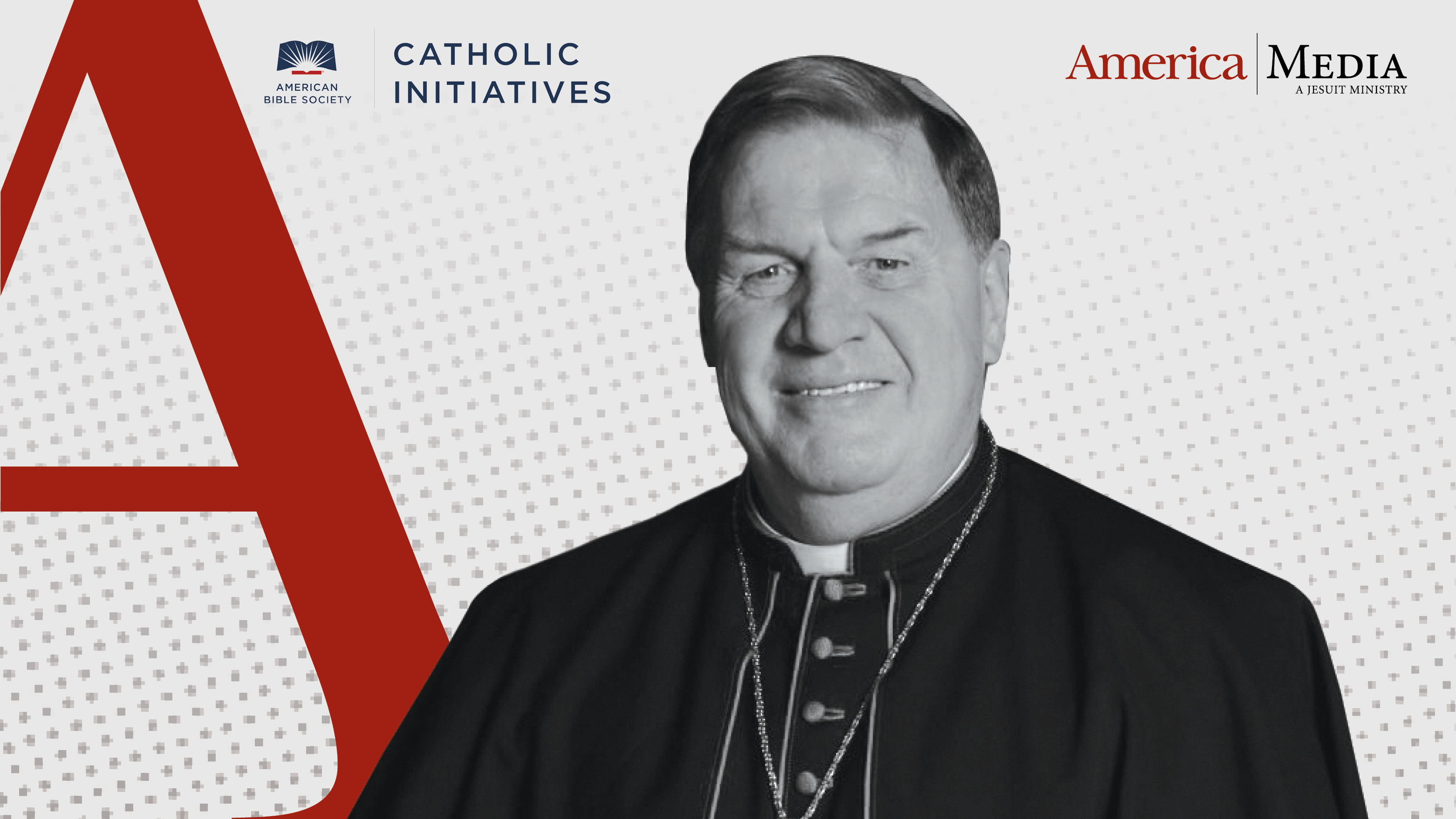 An Evening with Cardinal Tobin

Join us as America and American Bible Society host H.E. Cardinal Joseph Tobin, Archbishop of Newark, for an evening discussion on the vision of Pope Francis and the present state and future of the American Catholic Church.

Matt Malone, S.J., editor in chief of America magazine, will serve as the moderator for the evening.

This event is free and open to the public. A reception will immediately follow the evenings conversation.

A livestream of this event will be available at here:

The son of the late Joseph W. Tobin and Marie Terese Kerwin, His Eminence, Joseph William Cardinal Tobin was born on May 3, 1952 in Detroit, MI. He is the oldest of 13 children. A graduate of Holy Redeemer College, Waterford, WI, Cardinal Tobin received a Bachelor of Arts degree in Philosophy in 1975. From 1977 until 1979, he attended Mount Saint Alphonsus Seminary in Esopus, NY, earning Masters Degrees in Religious Education in 1977 and Divinity in 1979. In 1973, Cardinal Tobin professed vows as a member of the Congregation of the Most Holy Redeemer, the Redemptorists. In 1976, he professed perpetual vows with the Community. In 1978, he was ordained to both the diaconate and the priesthood. Between 1979 and 1984, Father Tobin served as associate pastor of Holy Redeemer Parish, Detroit, and was named pastor in 1984. He also served in a number of diocesan assignments within the Archdiocese of Detroit, including: Episcopal Vicar; member of the Presbyteral Council, and; official in the Metropolitan Tribunal. From 1990 until 1991, he served as pastor of St. Alphonsus Parish in Chicago, a parish staffed in that Archdiocese by the Redemptorists.

Within the Redemptorist Community, Father Tobin served as a Provincial Consultor from 1984 until 1990, as General Consultor of the Community in Rome from 1991 until 1997, and as Superior General of the Redemptorists in Rome from 1997 until 2009.
On August 9, 2010, His Holiness, Pope Benedict XVI, named Father Tobin to the Roman Curia post of Secretary of the Congregation for Institutes of Consecrated Life and Societies of Apostolic Life (CICLSA), and titular Archbishop of Obba. On October 18, 2012, Pope Benedict appointed him to serve as the Sixth Archbishop of Indianapolis. He was installed as Archbishop of Indianapolis on December 3, 2012.

His Holiness, Pope Francis, named him to the College of Cardinals on October 9, 2016. He was created Cardinal on November 19, 2016.

Cardinal Tobin speaks English, Spanish, Italian, French and Portuguese, and reads several other languages. He has participated in five Synods of Bishops, and has been a member of the Canon Law Society of America since 1985.