Interview: Can artists with diverging views on abortion find common ground through a Catholic musical? 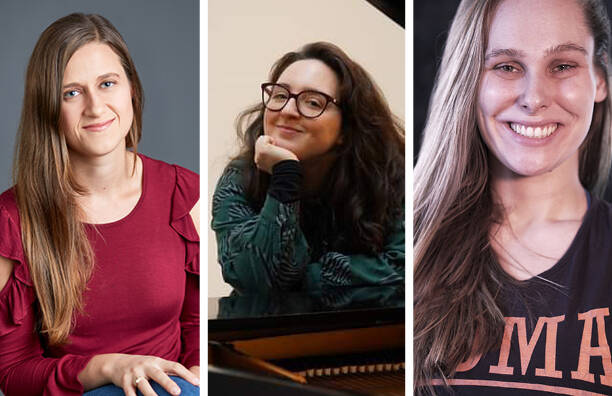 When I started writing the play that would one day become “The Inconvenient Miracle: A Mysterious Birth Musical,” I was going through a bit of an existential crisis. I had spent the last four years at Saint Mary’s College, a Catholic women’s institution where it seemed like everyone, including me, was a pro-life feminist. Now, I was in New York City pursuing an MFA at The New School and suddenly discovered that many people considered my self-description as “pro-life feminist” to be a contradiction in terms. I struggled to connect with my classmates and even began to wonder if there was a place for me in the secular theater community.

I wrote a play about a young atheist who finds herself mysteriously pregnant. It dealt with women’s place in religion, sexuality, consent and autonomy. It also dealt with abortion. Writing it was extremely cathartic, but I didn’t think it would be of much interest to anyone else. Then, I met Ria T. DiLullo.

Many people considered "pro-life feminist" a contradiction in terms.

Ria is the artistic director of The Skeleton Rep(resents), a new works development company with a mission to explore modern myth. They immediately recognized the play as something that fit the company's mission. Later, Ria suggested that we develop it into a musical. That is when London-based composer/lyricist Emily Rose Simons stepped in. Emily had explored the female experience in a Jewish context through her musical “Confessions of a Rabbi’s Daughter.”She felt like the perfect fit to shepherd my play into a musical.

The three of us knew we had differing views on the ethics of abortion, but we never viewed this as a stumbling block. In fact, we rarely talked about it aside from how it informed the characters. But when rehearsals for our showcase production happened to coincide with the Supreme Court’s ruling on June 24 to overturn Roe v. Wade, we found ourselves at the center of a controversy.

Suddenly, the press we invited to cover or review the upcoming production of “The Inconvenient Miracle” was responding with questions about abortion. My friends, family and fellow Catholics were also asking me whether the musical ultimately came down on the pro-choice or pro-life side.

We never viewed our differing views on the ethics of abortion as a stumbling block.

I met with my friends and collaborators Ria and Emily Rose over Zoom to discuss our views on abortion, as well as our thoughts about effectively collaborating across disagreement.

The following conversation has been edited for length and clarity.

Emily Schmitt: Let’s begin our abortion discussion by saying where we fall on the spectrum. I used to call myself pro-life. I don’t use that term anymore because it aligns me with a political movement whose methods I don’t agree with. I do agree with the moral principle that a fetus is a human being. However, I’m much more interested in support and community than legal coercion. I’ve been toying with the term“life-affirming,” but that doesn’t really help with the politics.

Emily Rose Simons: I’m quite strongly pro-choice, but I also think abortion alone is not enough. I hope that we all work towards a world where there are so many other choices. It’s about getting contraception more easily, sex education and stronger maternal and paternal leave. I’m sorry to be the little socialist here, but if someone can’t afford to give birth, that’s not a pro-choice world.

ES: Everything you just said I agree with.

Ria DiLullo: I find it interesting that so many people [critics, actors, audience members] want to know this about us. My degree is in American Civilization, so I could have gone into politics or been an activist. However, I made a choice to become an artist. I find that the desire to conflate arts and activism problematic. I don’t need to agree with my collaborators to make good art. When the mission is to explore modern myth, that is inherently going to involve things I don’t understand or stories I’ve never heard. I have to make space for that.

ERS: I would agree and argue that even giving that space is a political action.

RD: It’s an action. It’s not a political one.

I find that the desire to conflate arts and activism problematic. I don’t need to agree with my collaborators to make good art.

ES: When I say that I believe a fetus is a person, that’s a very controversial statement. How do you address someone who says you shouldn’t work with me?

RD: No one’s said that to me yet, so I haven’t had to come up with a reply. But not working with you would be an absolute reaction, rather than a thoughtful response. I choose not to spend my time with people who have absolute reactions to things. I’d rather measure up to my better instincts as opposed to my worst ones.

ERS: The main thing is seeing people as entire human beings. And that ties into the musical. People who shut down those with different opinions have a less rich life. If they’re artists, they’re also making less rich art. I also think there are so many opportunities where discomfort can help you grow. I’m very well practiced at being uncomfortable, being a Jewish person in the U.K. There are a lot of times when a little bit of antisemitism will just come out of nowhere from someone who I love and respect. That happened yesterday! But I see that person as an entire human being, and I will not shut them out of my life.

I choose not to spend my time with people who have absolute reactions to things.

RD: There’s this idea about “little o” orthodoxy. Rules for rules’ sake. When we start to go in that direction, that’s where we run into the inability to really listen to each other. Part of the reason we’ve been able to work so well together is that there really isn’t any “little o” orthodoxy in our communications. That’s what allows for the humor to really shine through. In orthodoxy, there’s no room for humor, because humor requires spinning how we understand things just a little bit. When there’s no capacity to spin things, people end up pretty stuck. As someone who works with people’s bodies, I have been exposed to situations that challenge orthodoxy on every single front. There are circumstances beyond anyone’s imaginations.

ES: If there was something that each of you could change about the abortion debate, what would it be?

ERS: As an outsider [to America], it feels incomprehensible that people want to completely end abortion, meanwhile they don’t support health care and do support gun rights. The pro-life movement has other things to work on before abolishing abortion. People with female reproductive systems also need to sit down and talk to each other. If more normal people sat down and talked, I think we would find a way to move forward.

RD: To spotlight one thing is to ignore the rest of the stage the spotlight stands on. This notion has taken over American culture that “If I am louder than somebody else and more persistent in my point of view, then I get more attention.” But a lot of the people whom this affects do not wish to be the center of attention. They wish to have the space to make the choice that is right for them. And when they start to communicate their context, their dignity almost never gets respected.

ES: Being uncomfortable causes people to run to absolutes. I will speak to the pro-life movement specifically. There’s an attitude that, because a fetus is a human being, every bad thing that can happen to a woman is irrelevant when compared to fetal death. That is fear-based. That is unwillingness to sit with the reality of what is being inflicted upon women, so that we don’t have to take responsibility for it. I wish that people could be a little more brave and a lot more kind to each other.

Being uncomfortable causes people to run to absolutes.

RD: There is also the presumption that human life is more valuable than other life. Life is life, whether it comes in the form of a human or a nonhuman animal or a plant. When we isolate the concept of life to elevate humanity above everything else, that gets us into trouble.

ES: I have a very deep-seated belief about the importance of humanity specifically. But it’s hard to talk about that without theology.

ERS: I honestly have not thought about that deeply enough to have an opinion.

ES: Ria and I could have a much longer conversation about that topic, but it’s important to acknowledge that this whole debate is about human life. We’re not discussing the totality of living creatures in the universe.

ES: That is true. We do need to understand what life is definitionally. This is something we don’t have a clear scientific answer on, which is part of the reason we have these problems.

RD: We can agree on that.

“The Inconvenient Miracle: A Mysterious Birth Musical” is running at The Episcopal Actors’ Guild Hall in New York City from August 11th-27th. 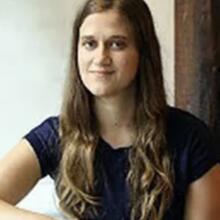 Emily Claire Schmitt is a Brooklyn-based playwright, screenwriter and freelance writer. She is a member of the Skeleton Rep(resents) theater company and The Catholic Artist's Connection.