Online gambling is here. And it’s going to be a disaster for sports and fans alike. 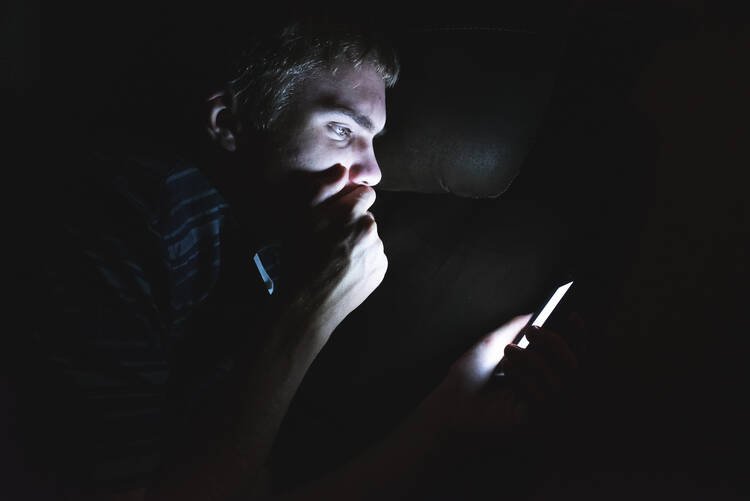 This Saturday is the Kentucky Derby. It is a day for a fancy hat, a disgusting drink and a sentimental singing of “My Old Kentucky Home.” It is also a day to bet on the ponies, with Zandon (3-1 odds) and Epicenter (7-2 odds) the two favorites. It might rain, though, and maybe there’s a mudder in the field who will bring home the big upset—and some serious scratch for a faithful bettor or two.

I have been gambling since I was 18 years old. The Super Bowl; March Madness; the World Series; the National League West; spring break in Las Vegas; Thursday nights on the horses at Hollywood Park in college. It was almost all illegal, but it also has always seemed more or less harmless fun: $20 here, $20 there, usually among friends and with a friend of a friend who was a small-time bookie. My bets are part of $150 billion gambled illegally every year in the United States, according to the American Gaming Commission.

Some studies estimate that more than two million Americans are addicted to gambling. That’s a lot of scharole in Tony Soprano’s pocket.

Less trivial, of course, is what gambling can become: a full-blown addiction and a financial disaster for players and everyone around them, especially family. Loaning money to—and collecting it via extortion from—degenerate gamblers is still the most valuable source of revenue, “the wheel on which everything else turns,” in the world of organized crime, according to Philadelphia mob expert George Anastasia. Some recent studies have estimated that more than two million Americans are addicted to gambling. That’s a lot of scharole in Tony Soprano’s pocket.

Civil authorities have always tolerated illegal gambling to a degree. A relatively minor vice, it never seemed worth committing significant resources to combatting except in dense urban areas where it went hand in hand with much worse. The Catholic Church has also not always been clear on the matter: St. Thomas Aquinas thought a little gambling now and then might contribute to “eutrapelia,” that is, the virtue of knowing how to have a little harmless fun, and Lord knows we love our bingo.

But we also had something of a national consensus that any kind of authorized gambling should be compartmentalized or far away: Las Vegas, Atlantic City, a riverboat, the race track in the boonies. There were exceptions, of course—with Off-Track-Betting parlors, church games of chance and the ubiquitous state lotteries being the most prominent—but for the most part to gamble legally you had to take a trip somewhere.

No more. When the Supreme Court struck down the Professional and Amateur Sports Protection Act in 2018, it allowed individual states to legalize gambling. We all see the casinos cropping up in cities around the country, but those are just the tip of the iceberg. The real money is in online gambling. When New York State legalized online gambling in January of this year, more than $2.4 billion was wagered via websites and apps in the first month alone. It is a huge windfall for the tax man. It is also a terrible, terrible omen for what is to come.

Gambling is no longer something done among friends, or on jaunts to Las Vegas or in the office betting pool. It is done from your living room.

Gambling is no longer something done among friends, or on jaunts to Las Vegas or in the office betting pool. It is done from your living room.

If you live in New York or another state that has legalized online betting, you have surely noticed this change while tuning in to a game recently. During any streamed or televised N.B.A. playoff game, professional baseball game or even something as wonky as the N.F.L. draft last week, viewers are being bombarded with commercials for online sports betting.

The protagonists of such commercials seem to take two forms: the former professional athlete sitting on his couch at home, or the 30-something male sports fan, also sitting on his couch at home. In both cases, the advertiser boasts that you needn’t just bet on the outcome of the game: You can bet on every possession, every lead change, every variable imaginable. The gambler is in heaven, the glow from his phone lighting up his face in a dark living room. Some commercials even claim you can cancel your bet up to the last second if the circumstances change (which is, obviously, a lie). Suddenly you are not watching the Super Bowl with half a mind toward the $25 you bet on the Cowboys—instead, you are treating every single moment as an opportunity to win a game of chance. And you are doing it via another addictive behavior: staring into your cell phone.

The gambler is in heaven, the glow from his phone lighting up his face in a dark living room.

Leaving aside the question of what this does to the integrity of sports—when an individual athlete doesn’t need to throw an entire game, but can earn profit for others with something as minor as a missed pass, a dropped ball, that his or her family or friends bet would happen—what does it change about the culture of gambling?

Companies like FanDuel, MGM and Caesars have spent hundreds of millions of dollars on their advertisements, and they have not been subtle. One endlessly-played commercial features former N.B.A. star Charles Barkley on his couch, being tempted to gamble. Many sports fans, of course, know that Barkley himself is a compulsive gambler; he has publicly admitted in the past that he once lost $2.5 million in a six-hour period gambling, and has lost over $10 million over the course of his adult life. It is hard to read the message of the commercial as anything other than “Now you can gamble at home, and no one needs to know.”