‘The Power of the Dog’ review: Do we really need another film that identifies L.G.B.T. people with trauma? 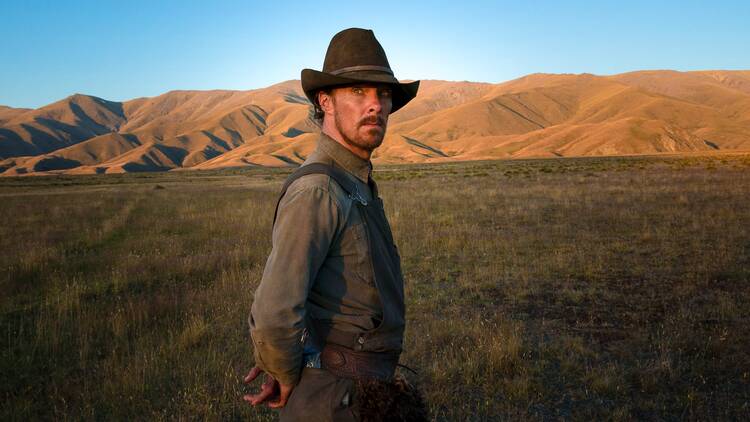 I have spent a lot of time trying to figure out why “The Power of the Dog” is the Oscar darling that it is. Don’t get me wrong, it’s a fine film—beautiful to watch, emotionally complex and well-cast. What a joy it was to see the underappreciated Kirsten Dunst given a meaty role.

There is something downright biblical about the subject matter, too. Two brothers own a ranching business in 1920s Montana. George (Jesse Plemons) is a good but lonely man; Phil (Benedict Cumberbatch) is a sadistic monster who is secretly afraid of life without his brother.

The film mostly reinforces a longstanding and problematic trope, one that identifies L.G.B.T. people with their trauma.

When the good man marries a widow (Dunst’s Rose), who has a college-age son, Pete (Kodi Smit-McPhee), conflict ensues. It could all be straight out of Genesis, really, but with a co-writing credit given to Alfred Hitchcock.

Cumberbatch is in a heated race for Best Actor, and it makes sense; at its heart this is a story of people trying to survive the Scylla- and Charybdis-like vicissitudes of Phil’s twisted soul, and Cumberbatch delivers with a performance as frightening in its own way as Ralph Fiennes’ Amon Goeth in “Schindler’s List.”

If only his character wasn’t bogged down by the need to humanize him by revealing halfway through that he is a deeply closeted gay man. (The film, adapted by the director Jane Campion, is based on a novel by Thomas Savage.)

Sam Elliott, an actor who has spent much of his career in Westerns, recently ranted on Marc Maron’s WTF podcast that having cowboys wandering around in chaps and shirtless is not true to life in the American West. That probably depends on where exactly in the American West you hang your hat. To say that it is inappropriate to have homosexual themes or allusions in a Western is like saying cop movies shouldn’t have car chases. Take another look at the source material, Sam.

To say that it is inappropriate to have homosexual themes or allusions in a Western is like saying cop movies shouldn’t have car chases.

Phil Burbank is a man who taunts and hounds his brother and sister-in-law so relentlessly that they are afraid of him even when he’s not around. Upon meeting Rose, George nearly weeps with gratitude at the possibility of having someone else in his life after years of being trapped with Phil. George then basically leaves Rose to suffer Phil’s abuse; she will end up a shut-in alcoholic because of him. (The man beats a horse, for God’s sake.) Here at America, we write a lot about the eternal possibility of redemption and try to resist the easy impulse to demonize. But no backstory is going to make that man right.

And why does it need to? What is gained by saying he’s a sadist, but only because he can’t come out of the closet? Campion’s defenders say she is brilliantly deconstructing the masculinity of the West. But in fact, the film mostly reinforces the longstanding and problematic trope of the tortured homosexual, which only further identifies L.G.B.T. people with their trauma. What exactly will it take for Hollywood to finally put away this painful cliché and celebrate stories of L.G.B.T. people that do not involve them being brutalized in one way or another?

(The fact that Cumberbatch’s last big Oscar-worthy movie, “The Imitation Game,” involved him playing a deeply repressed gay man, in this case forced to undergo chemical castration when he is found out, does not help.)

Right now Oscar observers say it’s neck and neck for Best Picture between “Dog” and “CODA,” the winning story of a child of deaf adults who wants to go to music school but feels trapped by the needs of her family. “CODA” is nowhere near as psychologically profound or visually interesting as “Dog.” It also takes the predictable path of prioritizing the story of the character who can hear over those who can’t, as Garrett Zuercher writes in his review of the film for America.

But where “Dog” is grimly repressed, “CODA” is heartfelt and accessible. Perhaps it’s just the hardship of the last two years talking, but I would much rather celebrate this simple story of a family trying to learn how to love each other, admire the strength of Will Smith and Aunjanue Ellis in “King Richard,” or revel in the joyous hopefulness of Andrew Garfield in “tick, tick...BOOM!”—than reward what is essentially two hours of self-flagellation.

And in the end what does “Dog” have to say? As the final scenes played I sat waiting for that O’Connor-esque turn that would give all that we had witnessed some sense of a larger meaning or deeper truth. Truly, the artistry of the film is of such high quality, it seemed certain there would be one.

But none came. The only meaning in Phil’s death is that it ends his victims’ imprisonment—and our own.